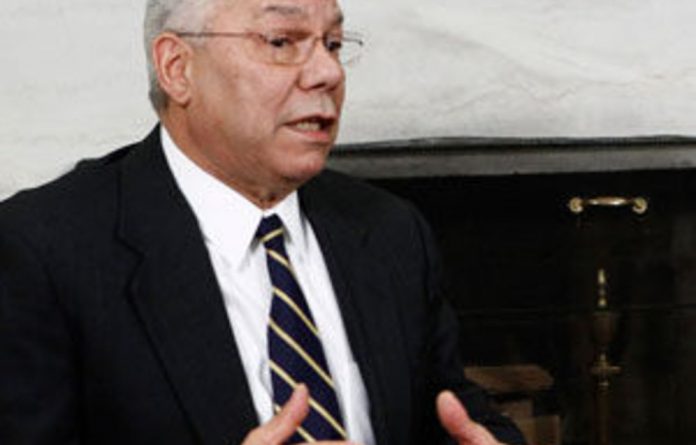 Colin Powell, the United States secretary of state at the time of the Iraq invasion, has called on the CIA and Pentagon to explain why they failed to alert him to the unreliability of a key source behind claims of Saddam Hussein’s bioweapons capability.

Responding to the Guardian‘s revelation that the source, Rafid Ahmed Alwan al-Janabi, or “Curveball” as his US and German handlers called him, admitted fabricating evidence of Iraq’s secret biological weapons programme, Powell said that questions should be put to the US agencies involved in compiling the case for war. In particular he singled out the CIA and the Defence Intelligence Agency (DIA) — the Pentagon’s military intelligence arm. Al-Janabi, an Iraqi defector, was used as the primary source by the Bush administration to justify invading Iraq in March 2003. Doubts about his credibility circulated before the war and have been confirmed by his admission this week that he lied.

Powell said that both the CIA and DIA should face questions about why they failed to sound the alarm about al-Janabi. He demanded to know why it had not been made clear to him that Curveball was totally unreliable before false information was put into the key intelligence assessment, or NIE, put before Congress, into the president’s State of the Union address two months before the war, and into his own speech to the United Nations.

‘Unreliable’
“It has been known for several years that the source called Curveball was totally unreliable,” he said to the Guardian . “The question should be put to the CIA and the DIA as to why this wasn’t known before the false information was put into the NIE sent to Congress, the president’s State of the Union address and my February 5 presentation to the UN.”

On February 5 2003, just a month before the invasion, Powell went before the UN Security Council to make the case for war. In his speech he referred to “firsthand descriptions of biological weapons factories on wheels and on rails … The source was an eyewitness who supervised one of these facilities.” It is now known that the source, al-Janabi, made up the story.

Powell has previously expressed regret about the role he unwittingly played in passing on false information to the UN, saying it had put a blot on his career. But his latest comments increase pressure on the intelligence agencies and their former chiefs to divulge what they knew at the time and why they failed to filter out such a bad source.

George Tenet, then-head of the CIA, is particularly in the firing line. He failed to pass on warnings from German intelligence about Curveball’s reliability.

In light of the defector’s confession, politicians in Iraq called for Curveball’s permanent exile and poured scorn on his claim to want to return to his motherland and build a political party. “He is a liar, he will not serve his country,” said one Iraqi MP.

Pleased to have told the truth
In his adopted home of Germany, MPs are demanding to know why the German intelligence agency, the BND, paid Curveball £2 500 a month for at least five years after they knew he had lied.

Hans-Christian Ströbele, a Green MP, said al-Janabi had arguably violated a German law that makes warmongering illegal. Under the law, it is a criminal offence to do anything “with the intent to disturb the peaceful relations between nations, especially anything that leads to an aggressive war”, he said. The maximum penalty is life imprisonment, he added, though he did not expect it would ever come to that.

Curveball told the Guardian he was pleased to have finally told the truth. He said he had given the Guardian‘s phone number to his wife and brother in Sweden “just in case something happens to me”.

Further pressure on the CIA came from Lawrence Wilkerson, Powell’s chief of staff at the time of the invasion. He said Curveball’s lies raised questions about how the CIA had briefed Powell ahead of his fateful UN speech.

Tyler Drumheller, head of the CIA’s Europe division in the run-up to the invasion, said he welcomed Curveball’s confession because he had always warned Tenet that he may have been a fabricator. — guardian.co.uk

Although the answers are not simple, the warnings have been coming for more than three decades and yet leaders are still not doing what must be done
Friday