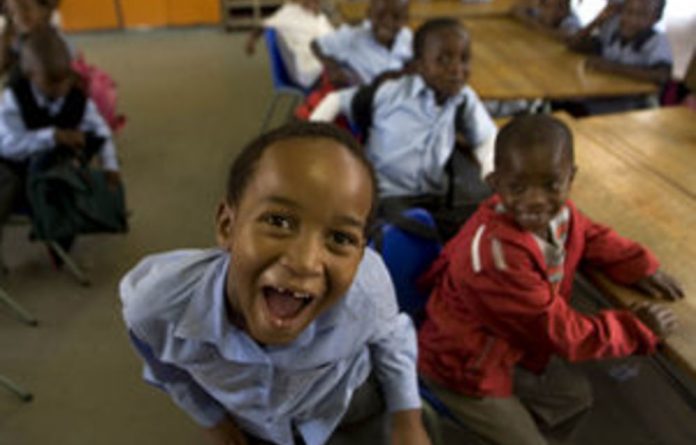 The determination of residents in Thembalihle, an informal settlement southwest of Johannesburg, who took to the streets of neighbouring Lenasia three weeks ago to get their children into school, has paid off.

The Mail & Guardian reported on February 4 that about 60 Thembalihle parents and their children had protested in Lenasia that week after being turned away repeatedly from schools since they reopened on January 12. Fifteen high school learners who had also been excluded from schools in the area joined the march.

After heated exchanges with the marchers, a Gauteng education department official conceded that it was her responsibility to ensure the primary school learners would have a classroom, teacher and furniture by the following week.

Now 42 grade one learners are in a classroom especially created for them at Zodiac Primary School, although they did not have a teacher until Monday this week, said Bhayzer Miya, a member of the Thembalihle Crisis Committee. The 15 high school learners have also found places, in Moses Marena and Azara Secondary schools, said Miya.

Sudesh Singh, the principal of Zodiac Primary, said the school would create catch-up programmes for the 42 grade one learners, who had lost about a month of schooling. “I would not say they missed out on much because, generally, the first term is used to help grade one learners settle into school,” Singh said.

Long-standing problem
The exclusion of learners in the area is a long-standing problem. In January 2005, the M&G reported that about 200 learners and parents had been locked out of Azara Secondary because the school had declared itself “full”. At the time the department said only the provincial minister could declare a school full, not the principals.

This week Gauteng education department spokesperson Charles Phahlane said parents in Thembalihle were not aware of admissions procedures. Once the department became aware of the problem, “officials were immediately assigned to the area… and assisted parents in placing their children”. Phahlane said Gauteng was making strides in reducing the number of late admissions. “As at January 27, 12 902 applications for late admissions had been received,” he said. The province has more than two million learners.

“This is an improvement on past years. In early 2010 we had 25 415 late registrations and the trend was similar in previous years,” he said. Meanwhile, in the Eastern Cape this week, education department superintendent general Modidima Mannya was still unable to provide details of the “white male principals at former Model C schools” he earlier claimed were the chief culprits in illegally excluding learners.

The M&G last month reported Mannya’s anger at widespread exclusions across the province and his determination that a task team report he had ordered would provide details of culprits against whom he would act. This week he said he had only a “preliminary” report and could not specify which schools were involved in illegal exclusions. Some of them were “not former Model Cs”.

The preliminary report further suggested that some school governing bodies (SGB) had instructed principals to exclude learners. “Officials will investigate whether SGB policies are inconsistent with government policy because that can’t be accepted,” Mannya said.