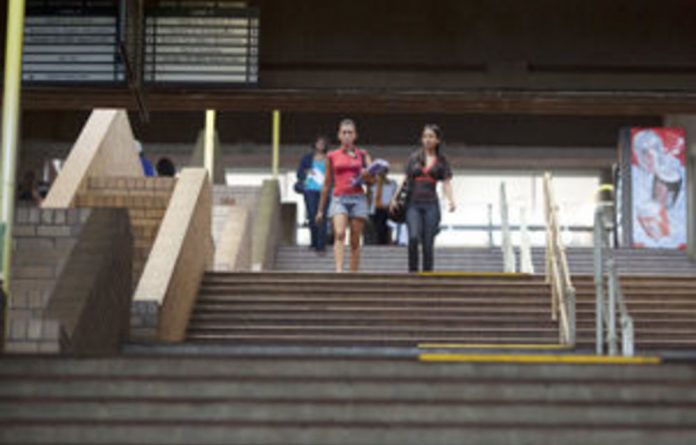 The decision of the Council on Higher Education (CHE) to withdraw the draft institutional audit report on the University of KwaZulu-Natal (UKZN) has unleashed a storm of controversy, as reported in the Mail & Guardian in recent weeks. At the heart of the controversy is the allegation that the draft report was suppressed at the behest of the vice-chancellor of UKZN, Professor Malegapuru Makgoba.

Although the withdrawal of the report raises important issues, it needs to be stated at the outset that the CHE’s decision was based on the outcome of a process initiated to address concerns raised by the vice-chancellor, which UKZN had a right to do in terms of the CHE’s institutional audit process.

‘Oral feedback’
The UKZN institutional audit was undertaken in October 2008. At the end of the audit, in line with established practice, the audit panel provided oral feedback on its findings to the university. Although this is usually restricted to the senior management, the vice-chancellor requested that the oral feedback should be streamed live via video conferencing facilities to the university community as a whole across all campuses.

The purpose of the oral feedback is to highlight the audit panel’s provisional findings prior to the finalisation of the draft audit report. Given its provisional nature, the institution is not afforded the opportunity to respond to the oral feedback and, because of this, the university was requested not to record the video streaming.

In response to the draft report, which was submitted to the university in June 2009, the vice-chancellor raised two concerns. The first related to factual inaccuracies and the interpretation of evidence presented by the university, which, as the review panel subsequently established to assess the validity of the concerns found, could have been “addressed as part of the normal interaction between the HEQC and an institution in the course of the audit process”.

The second related to the integrity of the audit process, which in the vice-chancellor’s view was compromised by the perceived bias of the chairperson of the audit panel, Professor Martin Hall, a bias reflected in the general tone of the draft audit report, as well in the breach of confidentiality resulting from the leak (to the Mercury in January 2009) of a letter written by Hall to the HEQC in December 2008, two months after the presentation of the oral feedback.

In the letter Hall argued that the disciplinary action taken by the university against certain staff members soon after the conclusion of the audit panel’s visit constituted a repudiation of the oral feedback provided to the university and was indicative of the fact that the university had little regard for the panel’s findings, thus undermining the audit process.

‘Concerns raised’
It was the impact of the leaking of this letter on the integrity of the audit process and on the outcome of the audit that led the CHE to conduct a forensic investigation to establish the source of the leak, which was inconclusive, as well as to establish an independent review panel to assess the validity of the concerns raised by the vice-chancellor.

It was necessary because the HEQC’s institutional audit framework does not contemplate challenges to audit reports on the grounds of bias and the integrity of the process and is thus silent on the mechanisms to be used to address such challenges. And the review panel mechanism is fairly common in addressing contestations arising in the context of peer-review processes.

The establishment of the review panel notwithstanding, the CHE remains confident that the audit panel acted with professionalism and integrity during the audit. It should also be noted that in establishing the review panel, as is the practice with the selection of audit panels, the university was provided with the opportunity to comment on the composition of the review panel to avoid any claims regarding potential conflicts of interest at the end of the process.

In this context, irrespective of the merits and without condoning the disciplinary action instituted by the university against some staff members, the key issue is that Hall’s letter could be construed as an attempt to interfere in the institutional affairs and operations of an autonomous higher education institution. Indeed, it could be argued that even if the university accepted the recommendation of the audit panel in the oral feedback that the conflict between management and academic staff should be addressed through mechanisms other than disciplinary processes, this does not necessarily preclude the university from initiating disciplinary action in particular cases.

Hall’s intervention does raise an important issue regarding the role of institutional audits in the context of the principles of institutional autonomy and public accountability, which would benefit from further debate. However, his decision, as communicated to the CHE last week, to make “my copy of the transcript of the oral feedback available on request, to serve both the public interest and as a refutation of Professor Makgoba’s unjustified allegation” (regarding bias), is unfortunate and constitutes a breach of the confidentiality agreement signed by audit panel members and could serve to undermine the trust between the HEQC and higher education institutions that is an essential prerequisite for the success of any audit process.

Hall said in his communication last week to the CHE that the fact that the oral feedback was “filmed, and was distributed online by live video-feed” at the request of the vice-chancellor makes it a public document. This may well be so, but the written record of the oral feedback is the property of the HEQC. It is for the HEQC and not Hall to decide whether this is released or not.

‘Muddied the ground’
The lack of a timely and considered response by the CHE and HEQC in relation to the potential impact of the leaking of the letter further muddied the ground. This was owing to a range of factors, including the absence of a process for dealing with substantive challenges to institutional audit reports, the lack of clarity regarding the remit of the audit panel in relation to the final ownership of the institutional audit report, which vests with the HEQC, and the blurring of lines between the role of the HEQC as an expert quality-assurance committee and the CHE as the juristic body liable for potential legal challenges to the institutional audit process.

Furthermore, the management changes and vacuum at the CHE — between October 2009 and May 2010 there was no substantive chief executive in place — did not help.

Although at the outset there was some scepticism within the higher education sector about the impact of the CHE’s quality-assurance processes, the CHE is in no doubt that the sector will attest to the benefits of the institutional audit process, in particular, in enabling institutions to reflect critically on the efficacy of their internal operations and quality-assurance mechanisms, thus contributing to enhancing quality in higher education.

The foundations of a robust quality-assurance system have been laid in the past six years during the first cycle of institutional quality audits, the success of which is due in no small measure to the commitment and sense of purpose of institutions and a large number individual academics who have given of their time and effort.

This should be built on as we prepare for the second cycle, which will move away from the first cycle’s focus on the institutional systems, processes and policies required to assure the quality of an institution’s core functions of teaching and learning, research and community engagement, to a narrower focus on the conceptual assumptions informing institutional approaches to teaching and learning and their translation into practice at the level of curriculum and educational processes, including the level of learning support for students.

This focus on the coalface of the higher education system is critical to ensure that the transformation project in higher education is firmly linked to the social and economic development of South Africa. It is therefore essential that we do not throw the baby out with the bath water. The fact that one out of 21 institutional audits completed to date has been withdrawn should not be allowed to tarnish the legitimacy and/or weaken public confidence in the institutional audit process.