When it comes to hate speech, context is king 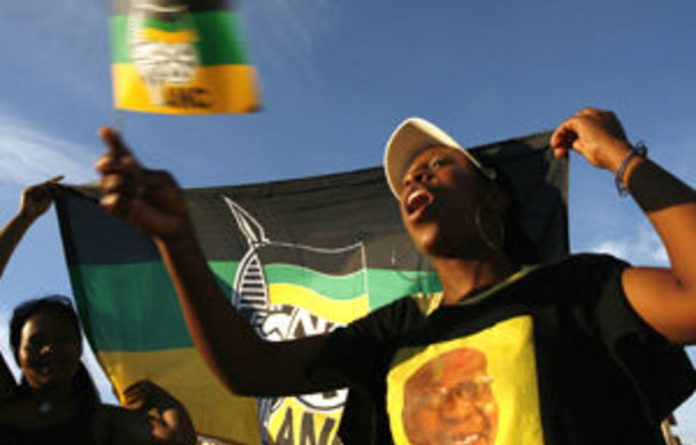 In 2010 South Africa’s commitment to freedom of expression was put to the test.

The Protection of Information Bill, the ANC’s mooted media tribunal and the unfounded arrest of an investigative journalist made many wonder whether the right to freedom of expression was worth more than the paper it is written on.

It appears that 2011 will prove to be just as difficult a year. Already a number of developments with some potentially grave consequences for freedom of expression are emerging. One is the Democratic Alliance’s decision to blacklist a journalist at the Sowetan, Anna Majavu, whom the DA accuses of bias.

This sets a worrying precedent not too dissimilar from the blacklisting of commentators by the then director of SABC News in 2005, Snuki Zikalala, which was recently criticised by the South Gauteng High Court.

The point is that we are on a slippery slope when political parties decide to cut off contact with journalists they perceive to be biased against them. There are remedies for alleged biased reportage. The DA itself used the press ombudsman’s office to adjudicate on one of Majavu’s articles (and in respect of which the DA achieved only partial success). Blacklisting in any form is a disproportionate response to alleged biased reporting by Majavu.

Another heated debate that is raging at present is the right to sing the struggle song Dubul’ iBhunu (Shoot the Boer) or chant the slogan popularised by Peter Mokaba, “Kill the boer, kill the farmer”. The issue came to the fore last year when AfriForum Youth, the youth wing of the civil rights group, AfriForum, laid a hate speech complaint against Julius Malema, the president of the ANC Youth League, at the Equality Court about his singing of Dubul’ iBhunu at his birthday party celebrations in Polokwane and at a gathering at the University of Johannesburg.

AfriForum also approached the North Gauteng High Court for an interdict. In this case Judge Eberhard Bertelsmann held that “the true yardstick of hate speech is neither the historical significance thereof nor the context in which the words are uttered, but the effect of the words, objectively considered upon those directly affected and targeted thereby”.

He added that if this yardstick was applied to the words “Dubul’ iBhunu“, the words constituted prima facie hate speech, and he interdicted Malema from singing Dubul’ iBhunu and any other songs that could “reasonably be understood or construed as being capable of instigating violence, distrust or hatred between black and white citizens in South Africa” until the first date on which the matter is heard in the Equality Court.

Harmful or not?
The Equality Court proceedings against Malema have now been transferred to the South Gauteng High Court and will reconvene in April or early May.

Key in the hate speech case will be whether the context in which Malema sang the songs is such that it amounted to the advocacy of hatred based on ethnicity or race, and that this constituted an incitement to cause harm to the dignity of white Afrikaners. Our courts have stated that it is insufficient for the purposes of these requirements merely to allege that speech might be harmful or hurtful, it must incite or encourage others to cause harm.

The Broadcasting Complaints Commission of South Africa has also in several rulings stated that “advocacy requires more than the mere stating of a viewpoint or the use of certain vocabulary. The term advocacy implies an element of exhortation, pleading for, supporting or coercion— the word incite means to urge, persuade or stir up —” This can only be decided with reference to the context in which the speech was uttered.

The commission, on the other hand, held that uKhozi FM’s broadcast of Mbongeni Ngema’s controversial song, Amandiya, during a current affairs programme that was debating the song did not amount to advocacy of hatred that constituted an incitement to cause harm. In free speech law, context is everything.

And so it should be — to interpret the definition of hate speech too broadly would be to impose intolerable limitations on how citizens may express themselves. Just as politicians must tolerate biting satirical commentary that holds them up to ridicule, so too must citizens tolerate offensive speech that is racist, homophobic or otherwise objectionable but does not reach the threshold of hate speech.

That is why it is important to defend the right to sing the songs in question in contexts that do not amount to hate speech, as much as one defends Zapiro’s right to draw a showerhead over the head of President Jacob Zuma, as vehemently as one supports the right of a scriptwriter to place homophobic comments in the mouth of a fictional character in the Spud movie, and as passionately as one argues for freedom for the media and whistle-blowers to report on classified documents that disclose corruption or illegality.

As much as Malema’s wisdom in singing the songs may be called into question, the right response is certainly not to ban the song in all contexts. What is required is a careful and nuanced interrogation of the context in which the songs were sung to determine whether Malema’s singing amounted to hate speech. To apply a broad brush of censorship to singing the songs in all contexts would be reminiscent of apartheid.