Manyi under fire for coloured remarks 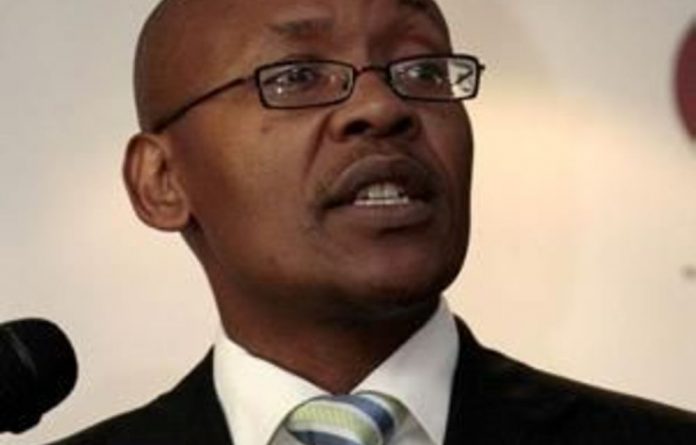 Government spokesperson Jimmy Manyi was speaking on behalf of the Black Management Forum (BMF) when he said there were too many coloured people in the Western Cape, he said on Thursday.

“I only articulate the government’s view,” Manyi told the South African Press Association on Thursday afternoon.

“This was the BMF position. I have no feelings on any issue. I speak as BMF chairman or as the government spokesman,” he said.

Manyi was re-elected last year as chairperson of the BMF.

His remarks come days after the union Solidarity was criticised for pointing out that about a million coloured people stood to lose their jobs if amendments to the Employment Equity Act (EEA) became law.

Over-concentration isn’t working for them
The interview was broadcast on KykNet in March 2010, while Manyi was still the director general of the labour department.

“Let me just make some few comments here on the last discussion on coloured people,” Manyi said in the interview with Freek Robinson on the television show Robinson Regstreeks.

“I think it’s very important for coloured people in this country to understand that South Africa belongs to them in totality not just the Western Cape.

“So this over-concentration of coloureds in the Western Cape is not working for them.

“They should spread in the rest of the country … so they must stop this over-concentration situation because they are in over-supply where they are so you must look into the country and see where you can meet the supply.

“This Employment Equity Act is a very good act in this country,” he said.

Department of labour dealing with the ‘issue’
In the interview, Manyi also said the rest of the country should be looked at to see where there was a demand for coloured workers.

On Thursday, Manyi said “the issue” was being dealt with by the department of labour.

“If you want further details, you can get them from the department of labour,” he said.

Solidarity said that unless the government repudiated Manyi’s statements and withdrew the proposed amendment to labour legislation, the remarks would continue to be regarded as the state’s official standpoint.

“The amendment makes provision for a large-scale social engineering programme according to which the entire country must be an exact replica of the national demographics.”

‘Not a mistake’
According to the newspaper Beeld, Manyi told the Steel and Engineering Industries Federation of South Africa on May 12 that absolute representation was the only measure for employment equity.

“The proposed amendment to the EEA is therefore not ambiguous,” Solidarity said.

“In fact, the amendment is a clear reflection of the effect of Manyi’s ideological framework of representation and is not an inadvertent mistake.”

Solidarity said on Sunday that if the proposed amendment to the EEA was implemented to the letter close to 80% — or about a million — of all economically active coloured people in the Western Cape would be over-represented.

In addition, if the amendment was adopted, more than 300 000 Indians in KwaZulu-Natal would be over-represented.

“What we did with the figures was to point out the absurd consequences of the ideology of absolute representation.

“The ideology is now contained in a proposed amendment to legislation. We propose that the proposed change be withdrawn immediately,” said Dirk Hermann, the deputy general secretary of Solidarity.

DA rejects comments ‘with contempt’
Meanwhile, the Democratic Alliance (DA) on Thursday rejected “with contempt” what it labelled an “attack” by Manyi on coloured residents in the Western Cape.

“His view that there are ‘too many coloureds in the Western Cape’ amounts to crude racism, shows his lack of understanding of the history and people of our beautiful country, and cannot be allowed to stand,” the DA said in a statement.

“Despite what Mr Manyi may think, South African citizens are free to live wherever they choose, regardless of their skin colour.”

The DA said Manyi’s “absurd statement” called into question the department of labour’s assertion that the amendment to the EEA was not designed to drive people out of their jobs in the Western Cape “based on the colour of their skins”.

“If Mr Manyi’s statement is an accurate reflection of government policy, the EEA is an attempt at social engineering on a scale not seen since the darkest days of apartheid.

“The ANC government must immediately repudiate Mr Manyi’s statements, and state unequivocally that this is not official government policy.”

‘Dangerous political game’
Solidarity said the problem with the bill was not limited to the removal of the regional demographic profile of the economically active population.

In terms of the current legislation, present and future financial and economic factors could be taken into account in determining whether an employer complied with the EEA.

The availability of qualified people could also be taken into account.

The new act did not make provision for these factors.

Solidarity’s “research” has been rejected by the both the African National Congress (ANC) and the Congress of South African Trade Unions (Cosatu).

ANC Chief Whip Mathole Motshekga said the “so-called research” was a “dangerous political game” and that it was unthinkable that the ANC would seek to disadvantage those it had liberated and sought to empower.

Cosatu described the union’s claims as “inflammatory and irresponsible”.

The DA said the amendments were “unconstitutional” and that it was “unfortunate” that the effect of the ANC’s proposed legislation “arbitrarily targets coloured and Indian South Africans in the fight to generate prosperity”. — Sapa