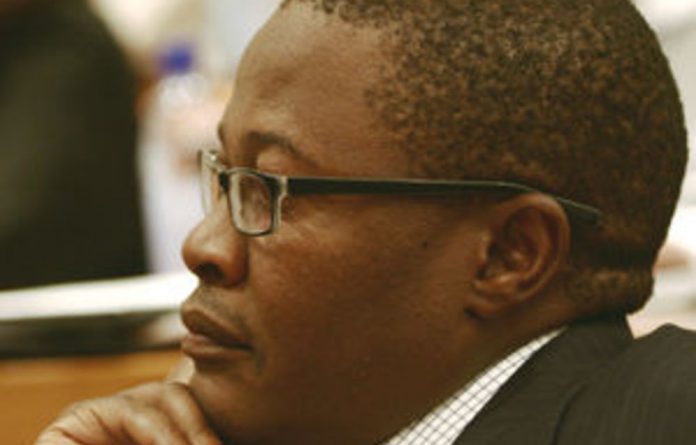 Cosatu will bring the ANC’s lack of consultation on key state appointments into the spotlight at this week’s alliance summit, which started on Thursday.

The trade union federation will also express its disquiet at the growing influence of the Gupta family in President Jacob Zuma’s administration.

Cosatu president Sdumo Dlamini told the Mail & Guardian the federation’s central committee, which met in Johannesburg this week, had raised concern about the growing willingness of ANC leaders and Cabinet ministers to leave Cosatu out of the loop on key official appointments, singling out Brian Molefe’s appointment as new Transnet chief.

Other key appointments for which Dlamini said Cosatu had not been consulted included Lazarus Zim as Telkom chairperson, Brian Dames as Eskom chief executive and Siza Mzimela as chief executive of South African Airways. Zim is a close associate of the Guptas.

Dlamini said the ANC was aware that the federation would not have agreed to Molefe’s appointment to Transnet’s top post. “How do you appoint someone who used workers’ money to fund [dubious deals] such as the one involving the Elephant Consortium, whose director, Smuts Ngonyama [former ANC spokesperson], famously commented that he did not struggle to be poor when questions were raised about the deal?” Dlamini asked.

“He [Molefe] gave the money to those dubious individuals and now he is given a critical position,” he said. Under Molefe’s leadership, the Public Investment Corporation (PIC) acquired in 2004 a 15.1% stake in Telkom on behalf of the Elephant Consortium, a black economic empowerment firm. The stake was acquired from Malaysian-American company Thintana Communications at a discounted price of R6,6-billion.

Concern
Among the consortium’s owners were Ngonyama and former communications director general Andile Xaba. Dlamini said Cosatu was concerned about the increasing number of deals made between highly connected business people such as those in the Gupta family and government.

“We are worried that we are increasingly witnessing big deals happening in a suspicious manner. We are not saying there is corruption, but when big money changes hands without transparency, it’s a worry [to us],” he said.

Also at its central committee meeting this week, Cosatu leaders expressed concern about the increasing influence of the Gupta family in government affairs, Dlamini said.

“We are worried about the Guptas. We are not accusing anyone of corruption, but the perception that is being created is not good for our country. We must not neglect talking about these perceptions,” he said. Cosatu would challenge the ANC on this too during the alliance summit, Dlamini said.

In a statement on Thursday Cosatu said it would commission independent research to look into the Gupta brothers’ business involvement with government, as well as that of Zuma’s son, Duduzane.

Cosatu said the research would consider:

Dlamini said Cosatu would also raise at the summit weaknesses in the government’s new growth path, the unfair exclusions of local government candidates by some ANC leaders and the implications of the youth employment subsidy, introduced by Finance Minister Pravin Gordhan this week.

The other alliance partner, the SACP, is expected to take a much softer stance towards the ruling party at the summit, in line with its recent conciliatory statements on the controversy affecting the ANC.

Responding to M&G queries, ANC spokesperson Brian Sokutu said he would appreciate it if Cosatu, as an important partner within the alliance, raised such issues within “our structures so that we can deal with them”.

The Gupta family told the M&G that it had taken a decision to stay out of government tenders entirely.