South Africa’s AB sticks to the ABC of batting 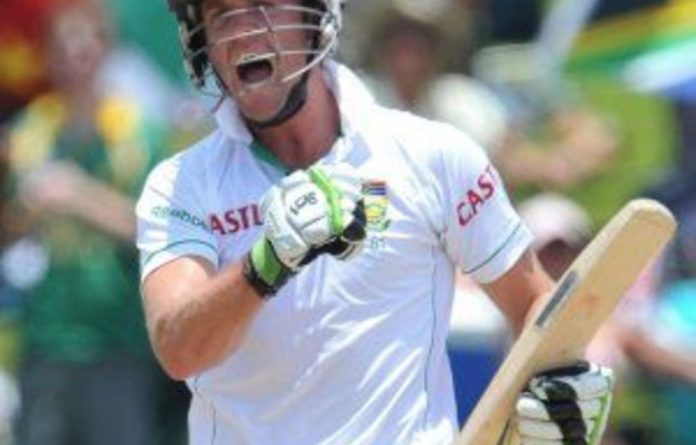 De Villiers has struck successive centuries in the Proteas’ first two games, a feat even more impressive after he wasn’t able to prepare properly ahead of the opener against the West Indies because of issues with the New Delhi practice nets.

He’s also struggling with a long-standing lower back problem, which has been further aggravated by his wicketkeeping duties.

But despite a build-up that has been far from ideal, the right-hander has started the World Cup with 107 not out against West Indies and 134 from 98 balls against The Netherlands in Mohali.

He puts his impressive start down to sticking to a game plan and, quite simply, “watching the ball”.

His back-to-back hundreds put him second to England’s Andrew Strauss on the list of top run-scorers at the World Cup, having played one game less, and right back in form after just one half-century in his last five matches before the tournament.

“In New Delhi, the practice facilities were quite tough to play on,” De Villiers said. “I didn’t get a good net there but luckily in the game [vs West Indies] it turned around for me. I started timing the ball really well.

“I’m enjoying my batting at the moment. I’ve worked really hard to get into the form I’m in after struggling a little bit … It’s great to be back in good form.”

‘There’s no secret’
De Villiers has a tendency to cash in once in form, also scoring successive centuries in a home series against Zimbabwe in October last year, and three hundreds in a row earlier in 2010.

Against The Netherlands at Mohali on Thursday the 27-year-old right-hander was dominant, driving, cutting, pulling and hooking fours and sixes to all parts of the Punjab Cricket Association Stadium.

There was also a reverse sweep over the infield for one of his 13 boundaries, and three sixes in three balls after he reached a rapid 100.

However, he says there’s no special reason behind his bowler-dominating performance against the Dutch, to follow up on a similarly impressive, match-winning effort against West Indies.

“I just stuck to my game plan. I wasn’t that positive. I played my normal game,” De Villiers said. “I knew it was quite tricky and the only thing that happens is you focus on the basics more than normal.

“I just focus on watching the ball. There’s no secret, no funny things I did. I just played the game.”

Still to be dismissed by a bowler at the tournament — he was unbeaten against the West Indies and run out against The Netherlands — De Villiers’ next game is South Africa’s much-awaited match with England in Chennai on Sunday. — Sapa-AP