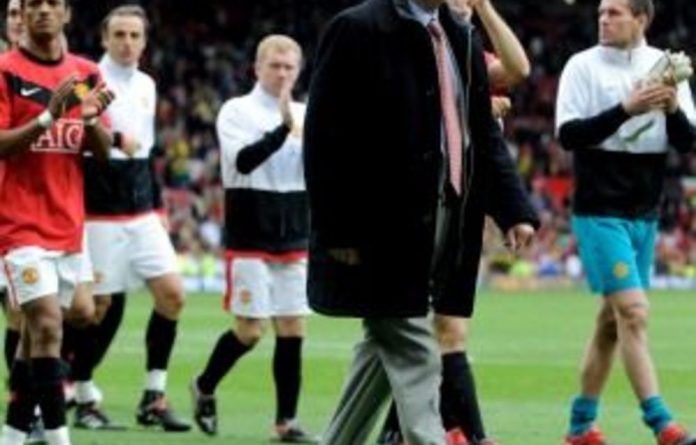 Hernandez helped United into the quarterfinals of Europe’s elite club competition as his double-strike secured a 2-1 win over Marseille in the last 16 second leg at Old Trafford on Tuesday.

The 22-year-old, nicknamed “Chicharito”, has surprised Ferguson with the speed of his development since arriving at United as a relative unknown from Guadalajara in pre-season.

Ferguson expected the youngster to be an occasional understudy for Wayne Rooney and Dimitar Berbatov, but his impressive haul of 16 goals in all competitions has persuaded the United boss to leave Berbatov on the bench.

Ferguson was delighted with the way Hernandez combined with Rooney as United overcame yet another lethargic display to edge past the French champions.

“Hernandez’s pace and movement is helping us, he is a real handful. If you see the first goal he has made three runs before he scores,” Ferguson said.

“The boy’s movement is fantastic and I think Wayne is thriving on that, he is enjoying the freedom behind Hernandez.

“We are surprised how well Hernandez has done. When we brought him we thought he would take some time adjust.

“He started as a sub and when he came on he won a few games. Now he has adjusted to the physical part and is lasting 90 minutes.

“That is giving us great options, with his form the way it is we can make some changes now.”

It was fortunate for Ferguson that Hernandez was in such lethal form as United’s overall display once again left much to be desired.

‘No chance’
Marseille were a constant threat as a United defence already missing Nemanja Vidic and Rio Ferdinand was further hamstrung by injuries to John O’Shea and Rafael da Silva during the match.

Didier Deschamps’s team wasted several good chances before Wes Brown’s 83rd minute own goal set up a tense finale and Ferguson conceded that his side had struggled to cope at times.

“The balance of the team wasn’t helped by two defenders coming off, especially when we were without Rio [Ferdinand] and [Nemanja] Vidic,” he said.

“That was our biggest problem. They are a very powerful, strong team and kept us under pressure with their deliveries into the box.

“There was a lack of experience and that could have cost us but we hung on.”

With so many defensive injuries, Ferguson was asked if he would consider bringing veteran right-back Gary Neville out of retirement just months after he hung up his boots, but the United boss said: “There’s no chance! He hasn’t trained for two months.”

‘Take what you get’
While the spluttering manner of United’s performances raises questions about the team’s quality, the Premier League leaders are still on course for the treble.

If United are to win the European Cup for the fourth time, they could do with avoiding favourites Barcelona, but Ferguson fears no opponent.

“We have had some great experiences in the European Cup over the years. It is the best tournament in the world. It is the one you want to try and win again,” Ferguson said.

“This team’s best chance is because our away form is very good. That always gives you a chance in the next stage.

“Everyone has their qualities. At this stage whoever you get will be hard, you have to get on with it and take what you get.”

‘We let a chance slip’
Marseille boss Didier Deschamps was unimpressed with United and admitted his side missed a golden opportunity to claim a famous victory.

“My feeling is regret. We had a chance to do something better,” Deschamps said.

“We have to be honest, we didn’t play against a fantastic United side. They were weakened by injury before the game and then suffered two more injuries in the game and it’s a shame we couldn’t take advantage of that.

“We feel maybe we let a chance slip. Unfortunately we lacked effectiveness in front of goal but you can’t pick on individual errors.

“I’ve got a very young side that is learning the concept of two-leg games in Europe. Our aim was to get to the last 16 and we achieved that.” — Sapa-AFP