Gaddafi forces push towards rebels, no UN move yet 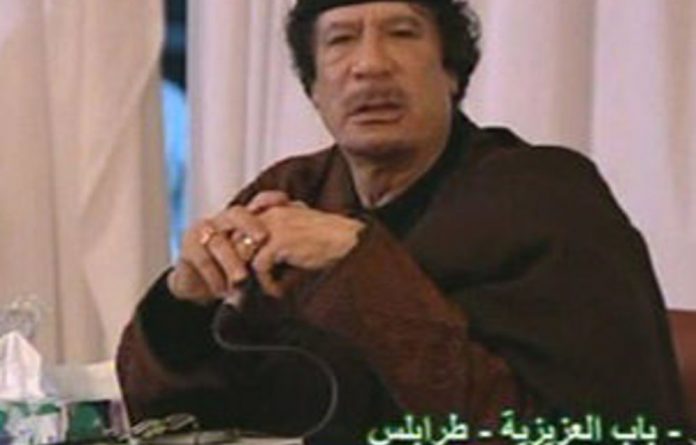 Muammar Gaddafi’s forces pushed eastwards towards the Libyan rebel stronghold of Benghazi and his government predicted victory within days while world powers debated imposing a no-fly zone to help stop him.

Foreign powers condemn the crackdown, but show little appetite for action to support an uprising that was inspired by pro-democracy rebellions that toppled the Egyptian and Tunisian presidents.

Many in the Arab world may fear a Gaddafi victory and a crackdown on protests in Bahrain could turn the tide in the region.

Supporters of a no-fly zone to halt Libyan government air strikes on rebels circulated a draft resolution at the UN Security Council on Tuesday that would authorise one, but other states said questions remained.

The draft was distributed at a closed-door meeting by Britain and Lebanon after the Arab League called on the council on Saturday to set up a no-fly zone amid advances by Gaddafi’s troops against the rebels based in the east.

“We raised questions we felt are still not fully answered, as to the Arab participation in such a measure, as to whether the implementation of such a zone would run counter to the intention of the Arab League itself, the Arab League having pointed out that there should be no foreign intervention,” Wittig said.

Veto powers Russia, China and the United States, along with Portugal, Germany and South Africa are among the members that have doubts about the idea of a no-fly zone for Libya.

“We hope [it will be done] as soon as possible. I hope it will be in a matter of days,” Deputy Foreign Minister Khaled Kaim told Reuters in Tripoli.

In a televised speech, a defiant Gaddafi taunted Western countries that have backed the imposition of a no-fly zone to come and get him.

“France now raises its head and says that it will strike Libya,” he told a gathering of supporters at his Bab al-Azizia fortified compound in central Tripoli.

“Strike Libya?” he asked. “We’ll be the one who strikes you! We struck you in Algeria, in Vietnam. You want to strike us? Come and give it a try.”

Road to Benghazi
At an evening rally in a huge tent in Tripoli, Gaddafi condemned the rebels as rats, dogs, hypocrites and traitors. As he spoke, thousands gathered in a Benghazi square denouncing him as a tyrant and throwing shoes and other objects at his image projected upside down on a wall.

The rebels’ eastern capital looked highly vulnerable after government troops took control of the junction at Ajdabiyah, opening the way to Benghazi.

“The town of Ajdabiyah has been cleansed of mercenaries and terrorists linked to the al-Qaeda organisation,” state TV said, referring to the rebels fighting to end Gaddafi’s 41 years of absolute power.

Looking ahead with confidence to future business deals in a Gaddafi-led Libya, deputy foreign minister Kaim said Libya would honour existing contracts with Western oil companies and that the crisis may influence future cooperation with them.

Earlier on Tuesday, jets fired rockets at a rebel checkpoint at the western entrance to Ajdabiyah, then unleashed a rolling artillery barrage on the town and a nearby arms dump, following the same pattern of attack that has pushed back rebels more than 160km in a week-long counter-offensive.

As well as the coastal road to Benghazi, there is also a 400km desert road straight to Tobruk, near the Egyptian border, that would cut off Benghazi. But it was not clear whether Gaddafi’s forces were strong enough to open a second front and if they could operate with such long supply lines.

The mood in Benghazi was defiant but shaky.

Mohamed Yasiri, unemployed and 55, said: “We are all afraid, to be honest.”

Nato has set three conditions for it to enforce a no-fly zone over Libya: regional support, proof its help is needed and a Security Council resolution.

An Arab League call for a no-fly zone satisfies the first condition, but with access to most of Libya barred by Gaddafi’s security forces, hard evidence that Nato intervention is needed to avert atrocities or a humanitarian disaster is scarce.