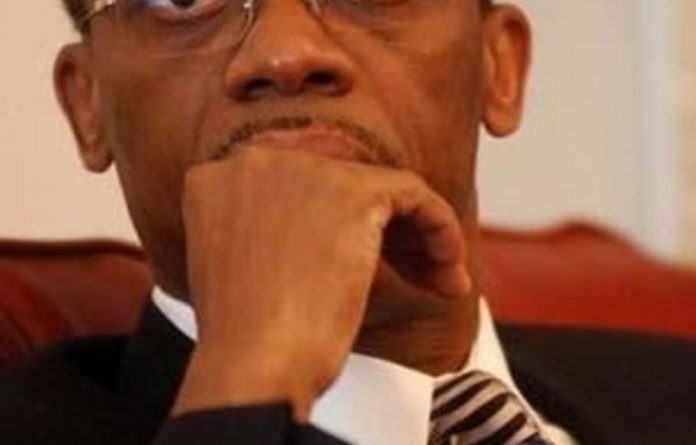 Former Haitian leader Jean-Bertrand Aristide left South Africa for Haiti at 11.15pm on Thursday night, after more than seven years in exile in the country.

“The great day has arrived. The day to say goodbye before returning home,” Aristide said at a briefing before his departure.

Actor Danny Glover preceded Aristide on to the plane, which left from Lanseria Airport.

Aristide was escorted aboard by International Relations and Cooperation Minister Maite Nkoana-Mashabane, but she did not accompany them on the flight.

They were followed by Aristide’s wife Mildred and their children.

“We are delighted to return home after seven years,” Aristide told a large media contingent.

“In Haiti also they are very happy because they were waiting for us and they have wanted for us to be back home as soon as possible. It’s normal. Their dream will be fulfilled,” said Aristide, who read his statement in isiZulu.

‘Goodbye interaction’
Nkoana-Mashabane said Aristide, who received a doctorate from the University of South Africa for a comparative study on isiZulu and Haitian Creole, had held a “goodbye interaction” with President Jacob Zuma.

Nkoana-Mashabane said Zuma wished Aristide “bon voyage” and a happy landing as he set about trying to help rebuild Haiti, ravaged by an earthquake 14 months ago.

His stay in the country cost the South African taxpayer about R5-million a year.

In response to a Parliamentary question last year, Nkoana-Mashabane said that by June 2010 his stay had cost R30-million.

It was reported on Thursday that United States President Barack Obama tried to persuade Zuma to prevent Aristide, a former priest who worked in the slums, from returning to Haiti until it had held its presidential election at the weekend.

Aristide was twice president of Haiti and is popular among the Caribbean nation’s poor, who make up the majority on the island.

Concern over return
In his first presidency he was ousted in a coup. He was restored to power in 1994 in a US military intervention ordered by then US president Bill Clinton.

He was re-elected years later, but fled on a US plane during a rebellion in 2004. Aristide claimed the US had kidnapped him.

US National Security Council spokesperson Tommy Vietor told the Associated Press that the United States, along with others in the international community, had deep concerns that Aristide’s return to Haiti in the closing days of the election could be destabilising.

“President Obama reiterated … his belief that the Haitian people deserve the chance to choose their government through peaceful, free, and fair elections [on] March 20,” Vietor told AP.

Both of Haiti’s presidential candidates, Michel Martelly and Mirlande Manigat, have said that Aristide has the right to return as a Haitian citizen.

South African Minister in the Presidency Collins Chabane said on Thursday that the country could not be held responsible for whether Aristide stayed or returned to Haiti.

“What I should stress is that we are not sending former president Aristide to Haiti.

“He was given the passport by the government of Haiti and we can’t hold him hostage if he wants to go,” Chabane said.

Aristide has said he will not be involved in politics in Haiti and wants to lead his foundation’s efforts to improve education in the Caribbean nation. – Sapa