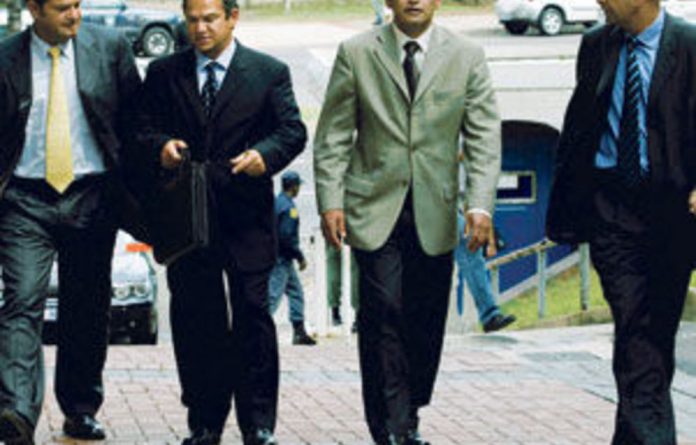 Fraud convict Schabir Shaik has “disappointed” his family and his “Charlie Sheen behaviour” has opened a breach between him and his brothers, a strategically placed family insider told the Mail & Guardian this week.

Shaik, President Jacob Zuma’s former financial “adviser”, was arrested and re-incarcerated in the medical wing of Westville Prison on Monday following newspaper reports that he assaulted a Durban businessman at a mosque and slapped a reporter on a golf course.

He was released on Wednesday, which suggested that the purpose of his detention had been to pull him back into line. Police are still investigating the golf course incident.

Zuma stated categorically this week that his relationship with Shaik is over. His spokesperson, Zizi Kodwa, said the two men had lost contact. “There’s no relationship; he’s the former financial adviser, as you guys call him, nothing more.”

Shaik was released on medical parole in 2009 after serving just 28 months of his 15-year sentence for fraud. He was placed under house arrest, but on terms that initially allowed him to leave his home for two hours a day.

Shaik’s re-arrest raised questions about possible cracks in his family’s formerly close relationship with Zuma. The insider confirmed the relationship had grown more distant, but suggested this was inevitable, saying “the Jacob Zuma in the Union Buildings now is not the friend any more; he is Jacob Zuma the president”.

Fraught relations
The source painted a picture of fraught relations within the Shaik family, with Schabir being isolated in Durban by his brothers Yunis and Moe, who live in Gauteng.

Schabir had disappointed them by his behaviour, the source said. “I understand his frustration and know the hopelessness and rage that goes with being under house arrest. His behaviour is becoming increasingly erratic and he has entered a phase where he is starting to demonstrate a lack of ability to control his impulses.”

Schabir’s temper was nothing new to the family. “He has a history of having a short fuse. This rage and Charlie Sheen behaviour is very interesting and sells newspapers, but is a disappointment for [his brothers].”

While the Shaik family previously put up a united front when they appeared in public together, especially during Schabir’s corruption trial, Moe and Yunis are now rarely seen in Schabir’s company.

The M&G was told that Moe, whose wife is expecting the couple’s second child, is not planning to help his brother through the latest turmoil. “The brothers are trapped as observers in this game between the media and Schabir and he is trapped in this situation because of his Zuma link,” the insider said.

Moe conceded in an opinion piece in the M&G in 2009 that although Schabir had, in his view, done nothing illegal, he had “inappropriately advertised” his relationship with Zuma.

On the family’s relationship with Zuma, the insider pointed out that the president had appointed Yunis an acting Labour Court judge last year, while Moe remained head of the Secret Service.

Severe pressure
Moe Shaik came under severe pressure when a leaked diplomatic cable released by WikiLeaks indicated that he gave insider information about Zuma’s campaign to the deputy US ambassador in South Africa. “There were reasons for the president to fire him, but he hasn’t done so. That shows that there’s no problem there,” the source argued. The source also said there should not be too much read into Zuma’s decision not to grant a presidential pardon to Schabir. The pardon had been delayed by the recent Constitutional Court case brought by political prisoners aligned with the Inkatha Freedom Party.

Shaik applied unsuccessfully for a pardon when Thabo Mbeki was still president. The Shaik family hoped that he would be pardoned during the brief presidential term of Deputy President Kgalema Motlanthe, but that was also not to be.

“Zuma cannot give Schabir preferential treatment, giving him pardon and not the rest. He will be criticised for favouring a friend,” the source said. Asked last year about presidential pardons in Parliament, Zuma was noncommittal, saying that “applicants will be informed of my decision in due course”.

Neither Moe nor Yunis Shaik was available for comment this week. No response had been received from Schabir Shaik’s lawyer, Reeves Parsee, at the time of going to press.