Sharks ready to put the boot in 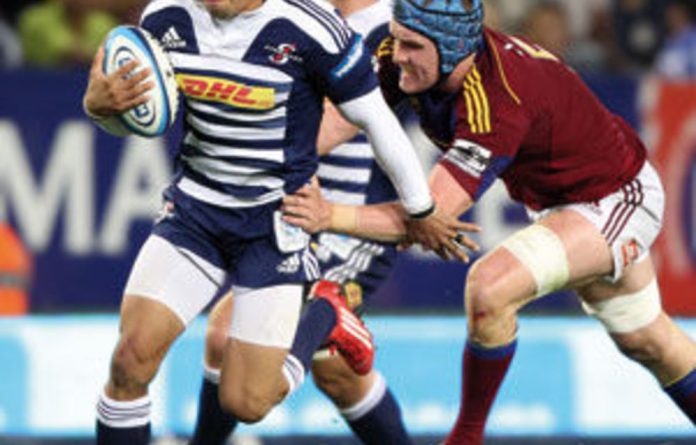 Things just keep going right for the Sharks. Ten points from two games in Australia solidified their position at the top of the log and after this week’s skirmish with the Chiefs, they get to play the Crusaders at a neutral venue.

Sadly, it appears highly unlikely that the Crusaders’ home stadium in Christchurch will host any rugby in the foreseeable future. The earthquake has resulted in the International Rugby Board removing World Cup games from the city and the Crusaders will be forced to become gypsies in this year’s Super Rugby.

It can hardly be overstated how beneficial moving next week’s game will be for the Sharks. The team will fly to London on the same flight as the Crusaders the day after the Chiefs match. Playing at a neutral venue on the other side of the world effectively levels the playing surface — and then there is the jetlag factor.

When the fixtures were originally released, the Sharks were flying home from New Zealand with just five days to acclimatise and prepare for their match against the Stormers in Durban. Now they will come via London and join a much closer time zone a week earlier. What’s impressive and clearly points the way ahead for the top echelons of the game, is the speed at which the whole thing has been achieved.

Two flies in the ointment had to be dealt with. The first and easiest was to get the Rugby Football Union, the body that controls rugby in England, to agree to make Twickenham available in the middle of the Six Nations tournament. The second, far larger, issue was how to get visas for the Sharks team at short notice. New Zealanders do not need visas to travel to the United Kingdom.

Friends in high places managed to smooth the way and the fixture will now be used to help raise money for disaster relief in Christchurch.

There will be greater focus than normal on the game because it is being played on a Sunday and even this early in the season, it should go a long way towards revealing the true title hopes of each side.

‘Crisis? What crisis?’
Meanwhile, back home in South Africa, the big match of the weekend is the clash between the Bulls and the Stormers in Pretoria. It seems like yesterday, but 10 months have elapsed since the two sides met in an emotional Super 14 final in Soweto.

Never mind the Jukskei, this was a symbolic crossing of the Rubicon. Orlando Stadium was packed and the shebeens in the environs of Vilakazi Street did a roaring trade. It was the second game for the Bulls at the venue, after they saw off the semifinal challenge of the Crusaders there the previous week.

The 25-17 final score probably flattered the Stormers, which were always playing catch up to the metronomic boot of Morne Steyn. The most parsimonious defence in the competition gave up an early try to Francois Hougaard, but the Stormers scored two of their own, one from Bryan Habana, who had left the Bulls at the end of the previous season to confront new horizons in the Cape.

Habana’s form, or lack of it, has come to embody all the Stormers’ problems in the 2011 season. Coach Alister Coetzee went out of his way to defend the Springbok flyer after last week’s defeat of the Highlanders. Rather like a government spokesperson, Coetzee’s defence went along the lines of, “crisis? What crisis?” and pointed to the unbeaten run his side is defending on Saturday.

But the star-studded back line of the Stormers has not yet scored a single try. Indeed, flank forward Pieter Louw’s late try to rescue the match against the Lions is the only five pointer of the campaign so far. With the exception of three penalties by Gary van Aswegen, flyhalf Peter Grant’s trusty right boot has been responsible for the rest of the Stormers’ points this season.

Bulls back on the bus
Clearly this cannot continue, for it is hard to believe that the Bulls at home will provide enough penalty opportunities to keep the Stormers in the game. History is also against the Cape side, which have not won at Loftus (or Orlando Stadium, for that matter) since a 27-24 triumph in 2003 that was ultimately responsible for the Bulls not making the semifinals that year.

The Bulls are also coming off a bye after their unexpected defeat by the Highlanders and have traditionally raised their mighty game against the Stormers. In 2005, in the penultimate match of log play, the Bulls needed a big win to get past the Hurricanes on points difference to claim a semifinal spot. The 75-14 thumping at Newlands remains embedded in the psyche of many Stormers’ players and supporters.

So it’s likely that the Bulls will get back on the bus this week and equally likely that the Sharks will lose their unbeaten record in this year’s tournament against the Chiefs in Hamilton. The third week of tour is traditionally a graveyard for South African teams and with 10 points under their belts already from their trip to Australia, this might be the week that the Sharks let their hair down.