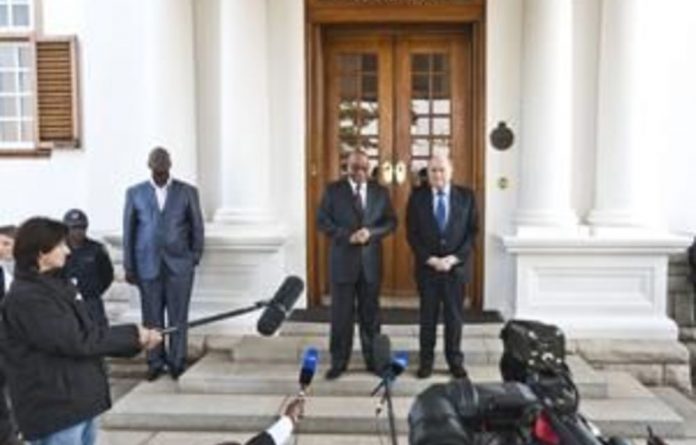 Public Works Minister Gwen Mahlangu-Nkabinde announced on Tuesday that she has put a halt to the refurbishment of Jacob Zuma’s residence in Pretoria.

Speaking at a press conference in Pretoria, Mahlangu-Nkabinde said no refurbishment of Zuma’s residence, Mahlamba Ndlopfu, was currently taking place.

“It is a residence that really needed to be worked on some years ago. We haven’t done that and we were in the process of doing it, but the cost is what has caused us to stop.

“We felt that with the R177-million that is earmarked we could do quite a lot of saving. There is no house that is built for R177-million.”

She said she was in the process of determining what Zuma required, but that it would be a cost-effective price.

No hospital
Mahlangu-Nkabinde also said there was no multimillion-rand elite military hospital being built for Cabinet members at the Bryntirion ministerial estate in Pretoria.

“We are not building a hospital at the Bryntirion Estate.”

She did say there was a need to accommodate the medical staff based at the estate, who she said were currently working out of caravans.

The department was considering housing medical staff in the unused Marula House in the estate.

“I know that there are figures flying all over the newspapers, like R42-million and R67-million, whatever … We are not going to be using any cent in that regard.”

Mahlangu-Nkabinde said the department would use its own in-house expertise to refurbish Marula House should it be decided to accommodate medical staff there.

Outcry
Referring to a R93-million house that had been built for a VIP residence that had been “earmarked” for the country’s deputy president, she said the project had been completed by the time she took office.

“I do understand there is an outcry of exorbitant figures and I also agree.”

She said there was currently an investigation under way to see “if we got our money’s worth”. — Sapa