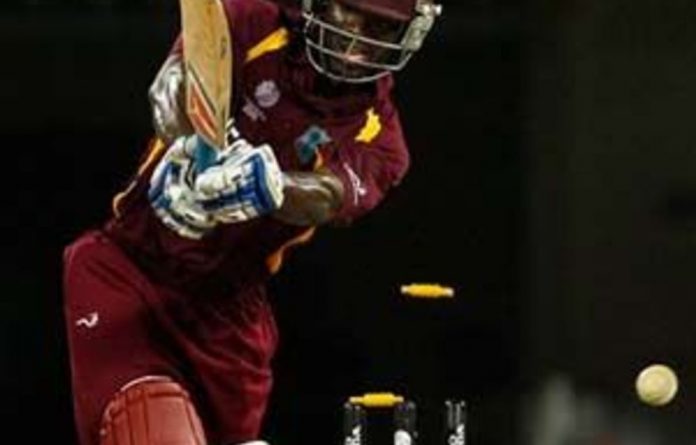 Struggling West Indies need look no further than their manager Richie Richardson for inspiration when they clash with buoyant Pakistan in the World Cup quarterfinal on Wednesday.

Richardson was captain when the West Indies overturned the form book in the 1996 quarterfinal in Karachi and stunned South Africa, who had come through the league phase unbeaten.

Brian Lara smashed 111 off 94 balls to fashion a 19-run victory and a similar effort from Chris Gayle, Darren Bravo or Kieron Pollard could upset Pakistan’s applecart.

“Anything can happen in the knock-outs, you don’t get a second chance,” said the 49-year-old Richardson, who took over as manager for a two-year term in January.

“Every one starts on an equal footing.”

Darren Sammy’s men will need a desperate last fling at a time when they seem to be falling apart after two inexplicabe defeats against England and India from dominant positions.

They were on the brink of victory against England when, chasing a modest target of 244, they were comfortably placed at 222-6 before losing their last four wickets for three runs.

Against India on Sunday, they caved in again as eight wickets fell for 34 runs after they were 154-2 and lost by 80 runs.

The West Indies, who have now lost 18 successive matches against the leading nations, cannot afford another defeat.

All is, however, not over yet for the West Indies.

Players set to return
They return to the Sher-e-Bangla stadium in Dhaka where they shot out Bangladesh for their lowest one-day total of 58 in the league to romp home by nine wickets in a match that ended in under two hours.

Gayle and key fast bowler Kemar Roach are set to return after missing the India game, the former with a abdominal strain and Roach due to illness.

Pakistan, in contrast, have been the revelation of the tournament by topping Group A with five wins in six matches.

It was just the tonic Pakistan needed after being stripped of big-time cricket at home due to security concerns in their volatile nation and tainted by an unsavoury spot-fixing scandal.

The absence of former captain Salman Butt and pace spearheads Mohammad Aamer and Mohammad Asif due to the controversy was not felt as the team rallied superbly under their inspirational captain.

All-rounder Afridi is the tournament’s leading bowler with 17 wickets with his fastish leg-breaks, while seamer Umar Gul has kept the pressure on at the other end with 13 wickets.

Afridi may have failed with the bat so far with just 65 runs in six games, but young guns Umar Akmal and Asad Shafiq have shone brightly in their first World Cup.

Akmal has scored 211 runs at 52.75 and Shafiq averages 124 in the two games he has played so far, while seasoned seniors like Misbah-ul Haq and Younis Khan have lent solidity to the middle-order.

Team manager Intikhab Alam, who was coach when Pakistan won the 1992 World Cup under Imran Khan, was delighted with his side’s performance so far.

The former captain attributed the success to “self-belief, fitness and high energy levels”.

“We are peaking at the right time,” Intikhab said. — Sapa-AFP