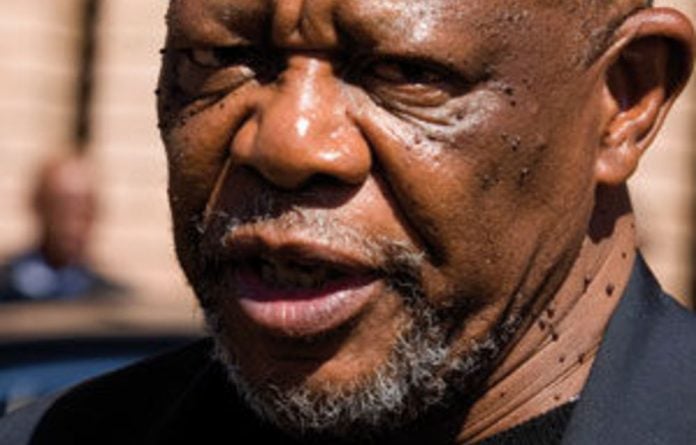 In the 1960s Mongane Wally Serote was not yet the man with the seriously impressive CV that adorns the back of his new novel, ­Revelations. He was not yet the winner of several literary awards, a Fulbright scholar, a graduate of Columbia (in fine art), a stalwart of Umkhonto weSizwe (MK) and in the ANC government.

In those days he was soon to be arrested under the 90-day detention laws, never charged, but kept in solitary for nine months. But he could write and his first collection of poems Yakhal’inkomo (The Cry of the Cattle at the Slaughterhouse) won the Ingrid Jonker Prize in 1972.

The writing and the history all show in this deeply considered, skilfully controlled and often poetic novel of ideas. When we meet Otsile, the protagonist, he is with his good friend and alternative father figure, Bra Shope, in Maputo. It is near the beginning of their friendship, but nonetheless Bra Shope tells Otsile how and why his wife left him. They are in Maputo for an exhibition of Bra Shope’s paintings. Thus Serote begins as he means to go on. He invokes the modern life, the new freedoms, while going back to the age-old questions about love and family and gradually brings in the counterpoint of tradition.

An experiment in reconciliation
Otsile, ex-MK, is now a photographer and grappling with a second marriage, ageing parents and children whom he calls ‘Mandela’s children” and says they are ‘an experiment in reconciliation”. He distinguishes his life experience and therefore his mindset from that of his first wife, Nomazwi, saying she was of the June 16 1976 generation, whereas he was of March 21 1960.

And Teresa, his second wife — even further along the continuum, a lawyer who becomes an ngaka (a doctor) — seems to circle round to an earlier era.

Serote creates a series of impressionistic pastiches, mixing incident and ideas, expecting the reader to hurry up and follow and remain mindful of previous points. It is not an easy read, but rewarding once you get into it. For example, in Santiago for another exhibition of Bra Shope’s work, Otsile compares that city and Maputo, Allende and Machel, remarks on the paucity of black people in the streets, on African Americans and the effects of slavery. Having a meal with new friends in a five-star hotel, with a pro-Pinochet demonstration going on outside, Otsile says: ‘I realised that all of us at this table had been devastated by history, by time, by the West, by the whites.” The irony of the setting is not remarked on.

Where Kgebetli Moele (Room 207) and Niq Mhlongo (After Tears) have written the novels of young men in our era, with varying degrees of tough or satirical anger, Serote’s novel shows many years of mulling over ideas, seeing how they turn out in practice in Otsile’s life in post-1994 South Africa.

The matters he brings up for consideration are personal relationships, especially as regards the old and new marriage customs; divorce and its effect on children; racism and the slow growth of trust and the possibility (or impossibility) of reconciliation; the ANC; and gender roles, acknowledging the leadership and ability of the women in his life.

Powerful and stirring study
There are many excellent dialogues between Otsile and others, but one of the funniest and most inscrutable, because old and new somehow cannot be brought into line, is the scene in which Otsile has to ask his parents to consider negotiating lobola for his second wife after he has been divorced by the first. His parents are unwilling. His father says: ‘Roles? What roles?” when Otsile’s brother tries to mediate with a speech on modern women and his mother says: ‘Dit sal die dag wees!” (That will be the day!)

Otsile reflects that the Kempton Park negotiations after the cessation of the war were like a traditional marriage negotiation, and elsewhere he remarks that the whites are now family as a result of rape. This last and similar remarks about Afrikaners, the media and liberals indicate why this novel is described as ‘a powerful and stirring study of post-liberation South Africa”.

It is does indeed stir up ideas (and trouble) and moves the heart, as we are all stirred into the vortex that is our common life. Sadly, Otsile does not have anything to say about radical white leaders such as Joe Slovo, Helen Joseph, Beyers Naude and those ­influenced by them.

No clear solution
Towards the end Otsile reflects: ‘Initiation should talk to education; traditional leaders should talk to members of Parliament; indigenous knowledge should talk to science; Sesotho to Afrikaans; African languages to English; extended family to the single-unit family; customary law to judicial law— That was what we’d meant when we fought for freedom.”

Serote does not indicate a clear opinion or solution to some of these difficulties; it’s more a revelation as to where we are on the continuum of our amalgamated, negotiated, post-colonial and post-liberation life together.

Whether or not it will be possible to blend these disparate elements remains to be seen. It’s a question for our grandchildren when we ourselves have become ancestors. I greatly enjoyed this novel, the work of a mature writer and thinker.