Lights off as Earth Hour circles the globe 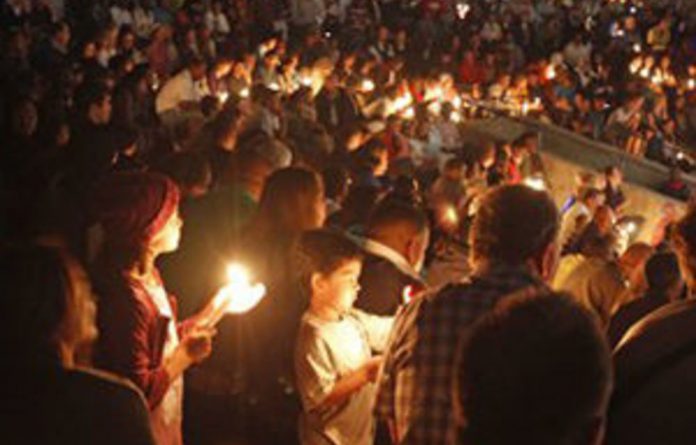 Lights went off around the world on Saturday as landmark buildings and ordinary homes flipped their switches while the annual “Earth Hour” circled the planet in what was dubbed the world’s largest voluntary action for the environment.

In Paris a minute’s silence was observed for Japan as the city of light went dark, with illuminations switched off at the Eiffel Tower, Notre Dame cathedral, City Hall, opera houses and many bridges, fountains and public places.

Sydney’s Opera House was the first of many global landmarks to go dark as the event got under way, as hundreds of millions of people prepared to follow suit to enhance awareness of energy use and climate change.

Others in their turn included Beijing’s “Bird’s Nest” stadium that hosted the 2008 Olympics, the London Eye ferris wheel, Times Square in New York and Brazil’s Christ the Redeemer statue.

Many were switching off their floodlighting, advertising signs and other illuminations for an hour from 8.30pm local time.

“The amount of power that’s saved during that time is not really what it’s about,” said Earth Hour co-founder and executive director Andy Ridley in Sydney, where the movement began in 2007.

“What it is meant to be about is showing what can happen when people come together.”

Ridley said a record 134 countries or territories were on board for this year’s event.

Organisers also asked people to commit to an action, large or small, that they will carry through the year to help the planet.

Ridley said Earth Hour, organised by global environment group WWF, this year would also focus on connecting people online so they could inspire each other to make commitments to help protect the environment.

In Australia, organisers said an estimated 10-million people, nearly half the population, took part, with Sydney Harbour Bridge another of the landmarks to go dark.

Hong Kong’s neon waterfront dimmed, while in Singapore all decorative lights were switched off and non-critical operational lights lowered at Changi Airport for an hour.

‘Special feeling’
In Japan, which is reeling from a huge earthquake and tsunami that struck this month, several thousand people and a hotel-turned-evacuation centre in the northeast marked Earth Hour.

“People in Japan will have a special feeling this year when they turn the switches off,” WWF spokesperson Hideko Arai told Agence France-Presse ahead of the switch-off.

In Russia about 30 cities were joining in, from Petropavlovsk-Kamchatsky, the most easterly city on the Kamchatka peninsula, through Moscow to Murmansk in the far north.

Moscow was to turn off floodlighting on more than 70 buildings and bridges, including the 540m television tower and the 32-storey Moscow State University building.

In Athens monuments being darkened included the Acropolis, the Parliament building, the presidential palace and the temple of Poseidon near the city.

In Italy, more than 200 towns and cities took part. The Ponte Vecchio in Florence, the Tower of Pisa and the Colosseum in Rome all turned off their lights for an hour.

Lights went out in 52 Romanian cities, where concerts and candle-light marches were organized. In Bucharest, dozens of people cycled through the city center before gathering in George Enescu square.

In Argentina, Buenos Aires switched off the spotlight on its landmark Obelisk.

In South Africa the Grammy award-winning group Soweto Gospel choir along with other local musicians treated hundreds of people to a free candelight concert in Soweto. Music fans waved lit candles while others used their cellphones to light up the stage.

“Let us use 60 minutes of darkness to help the world see the light,” he said.

Ridley said he never expected the Earth Hour movement to become so large.

“We didn’t imagine right at the beginning … it would be on the scale that it is now. And the fact that it is so cross cultural, beyond borders and race and religion,” he said. – AFP