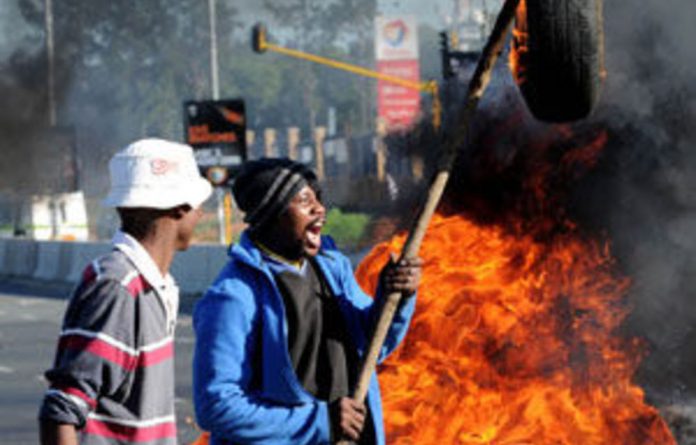 A police officer was injured during a violent service delivery protest at the Zandspruit informal settlement near Honeydew, north-west of Johannesburg, on Wednesday, police said.

Lieutenant Colonel Lungelo Dlamini said the police officer was hit on the head with a stone and was slightly injured.

He dismissed reports that the police had lost a firearm during a stand-off with protesters.

“It is not true; we have verified it with all members — no one of them has lost a firearm,” he said, describing the situation as being tense.

Zandspruit informal settlement residents blocked the road with rocks and burning tyres shortly before 6am in a protest over service delivery.

The police fired rubber bullets to disperse the crowd when they were pelted with stones.

“There are still rocks and tyres on the road. It has not been cleared yet,” Chief Superintendent Wayne Minnaar said on Wednesday afternoon.

Traffic on Beyers Naude Drive and Peter Road had been diverted to other roads. — Sapa