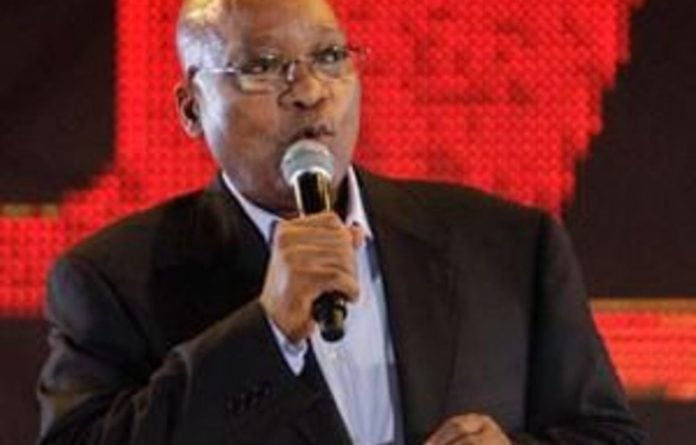 “Fronting” and tender abuse is an “unintended consequence” of an emphasis on diversity of ownership and senior management in implementing broad-based black economic empowerment (BBBEE), President Jacob Zuma said on Friday.

“The unintended consequence of this over-emphasis is fronting and tender abuse. We are happy that the council spoke out so strongly against fronting which is one of the major obstacles to the implementation of BBBEE. Fronting is an insult to the dignity of the poor and we have to act decisively against it. I am pleased that the council is so determined to work with us to act against this heinous practice,” said President Jacob Zuma in a statement issued by the presidency.

Zuma was chairing a meeting of the Black Economic Empowerment Advisory Council who met at the Union Buildings on Friday.

It was agreed that fronting insulted the dignity of the poor and the practice had to be eradicated — possibly through punitive measures against those found guilty of fronting practices.

The council recommended that government should “urgently ensure proper monitoring and evaluation” of the implementation of the BBBEE Act.

According to the act, heads of government departments and the chief executives of parastatals had a “legal obligation” to report on the performance of their institutions in implementing BBBEE.

During the meeting emphasis was placed on the new growth path and the role of BBBEE in creating jobs.

The presidency said the meeting “emphasised” that BBBEE was “not just about big business deals for a few individuals in society”.

“Provisions in the new growth path were supported which require a much stronger focus on the broad-based elements of the BEE regulations, such as ownership by communities and workers, increased skills development and career-pathing for all working people and support for small enterprise and co-operatives, as well as a new emphasis on procurement from local producers in order to support employment creation,” the statement read.

“It was pointed out that to contribute to job creation, BBBEE has to, amongst others, promote new enterprise development, encourage local procurement and enhance skills development and employment equity.”

A progress report was presented by government on the work done in the past year to promote job creation.

The council was appointed in December 2009 to advise government on BEE, review progress in the implementation of BBBEE and advise it on the draft codes of good practice. — Sapa