It’s murder out there 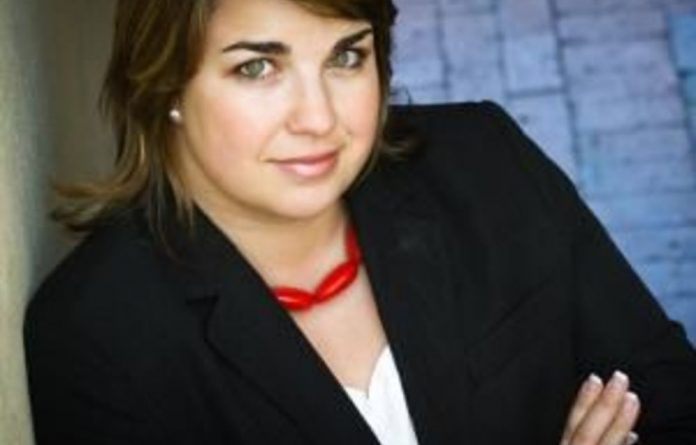 Acclaimed Eyewitness News reporter Mandy Wiener launched her book Killing Kebble on Thursday in Johannesburg. The book unravels the convoluted world of organised crime in South Africa, which exploded into the public with the killing of mining tycoon Brett Kebble, the fraud and corruption trial of the head of Interpol and former police commissioner Jackie Selebi, as well as the testimony of convicted drugs trafficker Glenn Agliotti during both trials.

Sparkling wine in hand, Wiener gave her thoughts on the book in an interview with talk radio 702 show host David O’Sullivan at the launch at the Lister Medical Centre, laughing about her humble beginnings as a traffic intern. Brett Kebble’s killers themselves made a surprise appearance.

Wiener talked to the Mail & Guardian about what it was like getting inside the head of Kebble’s killers, gaining fame on Twitter and expressing herself over more than 40 seconds.

You’ve been reporting on various cases relating to the murder of Brett Kebble for several years. Why this book?
It’s an incredibly complex, convoluted story with several cases running concurrently, and people don’t quite comprehend how they slot into one another. This book tells the full story of how Brett Kebble’s murder led to a massive drugs haul involving an international smuggling syndicate, how the head of Interpol was exposed as being corrupt, and how underworld figures, with known criminal records, were allowed to get away with murder. Brett Kebble’s murder is the nexus of all these stories. The book is also important because it illustrates the intersection of business, politics and organised crime in this country and how they way they overlap poses a dangerous threat to our young democracy.

It’s called Killing Kebble, but you cover far more than that, delving into the complex and hidden world of organised crime in our country. Just how much of a threat are these mafia-types in SA? Do we — as the public — overstate or understate it?
I think we, as the public, are aware that there is a dubious network [of criminals] operating below the surface in our country but we don’t realise the extent of their influence or the potential threat they pose. The book demonstrates how many of them have bought influence in powerful circles, most notably in the police service and prosecuting authorities. It is a veritable mafia setup, with hits plotted in local coffee shops and people intimidated in the safety of their suburban homes. There are stories of a debtor’s koi pond being targeted with a hand grenade and a mafioso having Ecstasy planted in a rival’s home by supposed police reservists — those are very real stories very close to home.

You were closer than any other journalist to the main players in this case, getting exclusive interviews with many. How did you come to enjoy such a privilege?
Probably more through attrition than anything else! I covered the story through its full evolution, from the day Brett Kebble was killed in 2005, through the Paparas drug bust, Pikoli’s suspension, the Ginwala Inquiry, Jackie Selebi’s corruption trial and the Brett Kebble murder trial. Over this time I was able to cultivate relationships with many of the key role players and develop a trust with them. I was also extremely transparent with them and they knew that I was not motivated by an agenda — I was very conscious of maintaining objectivity.

In the book you mention that the killers felt justified in their actions, and saw themselves as better than other criminals. What was it like getting inside their heads? Did you find yourself growing in empathy — or revulsion?
I found the complexity of their characters fascinating and was also intrigued by the juxtaposition of each of their backgrounds and upbringings. The so called Kebble ‘hit-men” have been viewed fairly superficially in the media, as none of them have been interviewed before, and I was allowed rare insight into their inner circle and their frame of mind. It was difficult not to grow in empathy for them as I came to know them extremely well and there were definite overtures of friendship on their part. However, I was upfront with them, saying from the beginning that I would not be influenced in telling their stories and that I would be honest and critical where I felt the need to be. I do think that comes across in the book.

It became something of a running joke how much Glenn Agliotti admired you and your work. Was this tricky for you to navigate as a professional journalist, and how did you do it?
I spent many years reporting on Glenn Agliotti; it was inevitable that he would come to know me and my work very well. Agliotti is an extremely charming man; he would often make an attempt to build relationships with members of the media. However, I was very aware that this was largely a strategy on his part as it was in his interest to do so: it was the same tactic employed to influence Jackie Selebi. We have a very cordial relationship but he knows that I will be the first to criticise him on the radio when he puts a foot wrong.

Not to give away your thoughts in the book, but do you feel justice was done in the Brett Kebble murder case?
Absolutely not. A large portion of the book is about how the Brett Kebble murder case was the victim of an acrimonious relationship between two state agencies who effectively were at war with one another. We often forget that there is a human angle to this story, and Roger and Guy Kebble spoke to me extensively about how they believed they were failed by the criminal justice system. As a result of an astonishing sequence of events, Kebble’s killers were indemnified, the prosecution against the one man charged with the crime was botched, and no real effort has been made to extradite the one other suspect in the case.

You have, in many ways, pioneered the art of reporting with Twitter in South Africa, winning you much kudos. Did this relatively new medium, and your clear penchant for it, influence how you wrote the book?
I do believe the medium of Twitter elevated the public profile of this case and was a critical influence in my decision to write the book. Twitter made this story accessible to so many people and gave unique insight into the courtroom drama. Most of my tweets have been included in the book and are used as a punchy device to tell the story from a novel perspective.

As a radio news reporter your stories are short and sweet — like your tweets. Was it a challenge to express yourself in this longer form or did it open up new avenues of expression for you?
As a radio journalist I have to write extremely short pieces for broadcast. Writing a book means having to write in a long and detailed format – and to offer my opinion. It was extremely challenging, as I am so used to reserving my opinion and producing balanced, objective 40-second sound bites. As a result, I find I now take more time to consider my stance on issues and develop my perspectives, which can only add value to my analysis on air as a radio reporter. Where being a radio reporter did add real value to my writing is in the fact that radio really is a theatre of the mind, so you look for detail and colour to illustrate a picture for the listener. All of that detail has now found a place to live on in the book.

Your book follows on Adriaan Basson’s Finish & Klaar, about the related trial of former police National Commissioner Jackie Selebi. Why do you think books like these are important?
I don’t believe enough journalists in this country write books and I know Adriaan probably feels the same way. As a result, news stories become transient and our memories become short. We often see the same cycles repeating themselves in news and we don’t caution against lessons we’ve learnt in the past — lessons of prosecutorial interference, large-scale corruption etc. It is important for posterity that these events are recorded to ensure they are not repeated again.

You’ve won several awards in the past few years and your career has never been better. Where to from here?
I have no doubt there are a multitude of stories left for me to tell and I’ll busy myself sniffing them out.