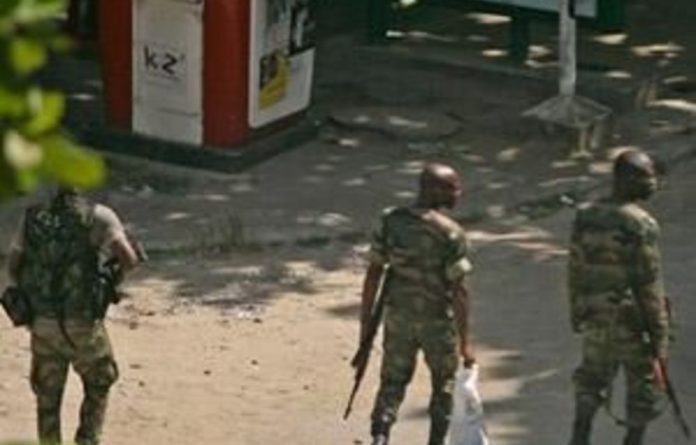 Forces loyal to Côte d’Ivoire’s presidential claimant launched a major assault on the presidential palace on Tuesday, shaking Laurent Gbagbo’s grip on power to the core after UN and French helicopters left his military bases in flames.

Sustained machinegun and heavy weapons fire rang out from the direction of the palace in the commercial capital Abidjan before dawn in the heaviest fighting since soldiers backing presidential claimant Alassane Ouattara entered the city five days ago, a Reuters witness said.

A spokesperson for Ouattara’s government said late on Monday his troops had already taken control of Gbagbo’s official presidential residence, but his statement could not be independently verified.

“Yes, they are inside his residence. They are in control,” spokesperson Patrick Achi told Reuters by telephone. “But if Gbagbo’s there or not, I do not know.”

Gbagbo has defied international pressure to give up the presidency of the cocoa growing country after an election last November that UN-certified results showed Ouattara won, and more than 1 500 people have died in the standoff since.

Gbagbo has rejected the results claiming fraud, and accused the United Nations of bias.

Closing the net
The United Nations peacekeeping force in Côte d’Ivoire, supported by the French military, targeted Gbagbo’s heavy weapons capabilities with attack helicopters on Monday after civilians were killed in shelling in recent days.

Reuters eyewitnesses said there was also heavy fighting around the state broadcaster building, and that a key base for Gbagbo’s elite Republic Guard near the two main bridges connecting the lagoon-side city to the airport was on fire.

Several thousand pro-Ouattara fighters had earlier entered Abidjan from the north in a convoy of transporters, pick-ups mounted with heavy machineguns, and 4x4s loaded with fighters bearing Kalashnikovs and rocket launchers — in what they called a “final assault” to oust Gbagbo.

Their commanding officer, Issiaka “Wattao” Ouattara, told Reuters he had 4 000 men with him plus another 5 000 already in Abidjan, and that it would take 48 hours to take control of the city from Gbagbo’s remaining forces.

The election stand-off has rekindled the West African country’s civil war of 2002/03, with more than 1 500 people killed since the violence began five months ago and human rights watchdogs urging both sides to exercise restraint.

The real toll is likely much higher.

The United Nations said told Reuters on Monday it discovered a mass grave in the western town of Duekoue and the ICRC said some 800 people had been killed there after Ouattara’s forces swept through the area last week. – Reuters