Giant in the making 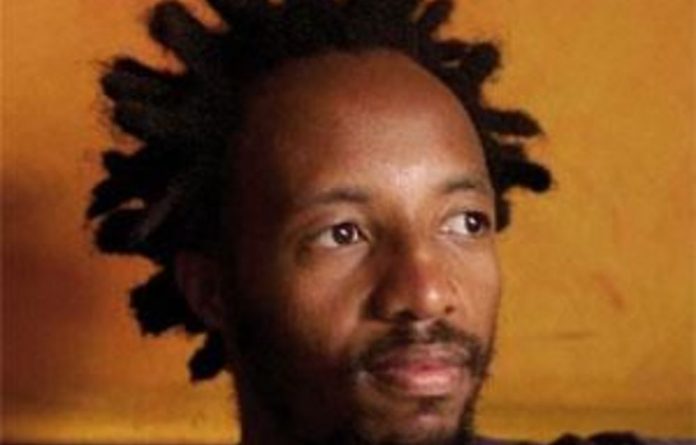 I must hasten to declare that this is the most difficult piece I ever had to write. How can one write about Kabelo Sello Duiker without a mixture of bitterness and regret at the loss of such a worthy life? Duiker would have turned 37 on April 13 this year had he not extinguished his own flame on January 19 2005.

At the time of his death, Duiker had already published two acclaimed novels. He won the Commonwealth Writers’ Prize for Best First Book: Africa Region for his debut novel, Thirteen Cents (David Philip, 2000), and the Herman Charles Bosman Prize for The Quiet Violence of Dreams (Kwela, 2001).

The Quiet Violence was written before Thirteen Cents and both novels have since been translated all over the world. His third novel, The Hidden Star (Umuzi, 2005), was published posthumously.

In addition to critical accolades, The Quiet Violence was immortalised by Ashraf Johaardien’s stage adaptation at the National Arts Festival in 2008. Critically acclaimed, it featured prominent performers such as Duke Motlanthe, Lebo Mashile and Antonio David Lyons. A run followed at Artscape in Cape Town in September 2010, directed by veteran playwright Fatima Dike. In the same year, it was staged at the Black Box Theatre in Washington, DC.

Duiker was not a good black writer, he was just a great writer. His peers, literary giants and critics all acknowledged his enormous contribution to our literature. In Zakes Mda’s eulogy, which was read at Duiker’s funeral, Mda argues: ‘Many critics said Sello Duiker was treading on my footsteps: but I say he was going to be much greater. He had achieved greater things than I did at his age.”

Lewis Nkosi, during his prime a leading essayist and a fierce critic known for his stubbornly tough stance against mediocrity in literature, had this to say about Duiker: ‘A lifetime is usually required to master the craft of writing; the miracle that Sello should have achieved so much in such a short time; the tragedy that his life was cut so brutally short when his best work probably, almost certainly, still lay ahead of him.”

Duiker is to literature what Steve Biko is to politics, both having died at the tender age of 30 but leaving indelible footprints in our collective memory.

Politics of identity
Duiker’s writing distinguished itself with its courageous interrogation of issues relating to sexuality, identity, mental illness and HIV and Aids. Thirteen Cents is a moving account of a 13-year-old homeless boy who, in his struggle to survive on the streets of Cape Town, finds himself being sexually abused by adults. The Quiet Violence, on the other hand, centres on the tumultuous life of Tshepo, a Rhodes University student who is confined to a mental asylum in Cape Town. In an interview with Bafana Khumalo, Duiker is quoted as saying: ‘I use Tshepo as a vehicle to explore these politics of identity.”

Indeed, a close reading of Duiker’s works reveals that the thread that runs through his writing is identity in its diverse forms. Azure, the teenage protagonist in Thirteen Cents, loses his identity and becomes Blue, and Tshepo becomes Angelo-Tshepo in The Quiet Violence. The circumstances surrounding this change of identity have largely to do with the effects of racism that permeate the lives of these characters. Interestingly, in earlier generations the author’s family had to abandon their original Lesufi surname and adopt the Afrikaans one, Duiker, in order to pass for ‘coloureds” under apartheid. The Duiker surname is a derivative of phuti, a duiker in Sepedi, which is actually their family totem.

Duiker displayed unwavering commitment to the ideals of a nonracial society in which there is value for life and respect for human dignity. As a student at Rhodes University in the 1990s, Duiker was a member of a poetry society, where he saw his creative work in print for the first time. In one of the poems, One Breezy Night in November, Duiker illustrates his view on racism in the following words: ‘Perhaps it’s not about whitey or darkey anymore.” This sentiment is evident in his writing, which transcends racial boundaries in both its thematic focus as well as its
appeal on readership.

Beyond tolerance
Speaking at his memorial service, his father, Judah Duiker, a former soccer star plying his trade with Moroka Swallows in the 1960s, shared anecdotes of how much his son detested racism. This view is further reinforced in Duiker’s letter, published in Words Gone Two Soon (Umgangatho, 2005), in which he reflects on his society: ‘But are we ever going to move beyond tolerance? Is it ludicrous, even naive, to suggest that we might ever go beyond tolerance and appreciate, and even admire, each other’s cultures?”

A rudimentary observation of Duiker’s circle of friends clearly demonstrates that he looked beyond skin colour. I was fortunate to have met him, first as a student at Rhodes University in 1997 and then in several encounters years later in Johannesburg literary circles. The last was at the memorial service of a fellow writer and mutual friend, Phaswane Mpe, on December 15 2004. Duiker was to die by his own hand just over a month later.

Six years after his demise, Duiker remains one of the best writers ever to come out of South Africa and arguably the best to have emerged since the turn of the century. It was surely because of these extraordinary achievements that the South African Literary Awards (Sala) saw fit to name an award after him.

As if to ridicule Duiker’s conviction, Annelie Botes, a prospective recipient of the 2010 K Sello Duiker Award, was quoted as saying: ‘I don’t like black people — I don’t trust them”. This incident triggered public uproar and Sala subsequently withdrew the award, owing to the racist utterances that brought the awards into disrepute. Perhaps the furore surrounding the award was a necessary irritant to remind us who K Sello Duiker was and what he stood for. If Botes had read any of Duiker’s works, she would have grown to understand that black people are not a colony of ants — similar in shape, size and behaviour — and learned to embrace the fabric of our society in its diversity.

Naming an award after Duiker is the greatest accolade bestowed on his memory, but more needs to be done to preserve and celebrate his legacy. As a writer who, in his short but meteoric life, was able to contribute significantly to our national discourse, Duiker should be a figure that aspiring writers strive to emulate.