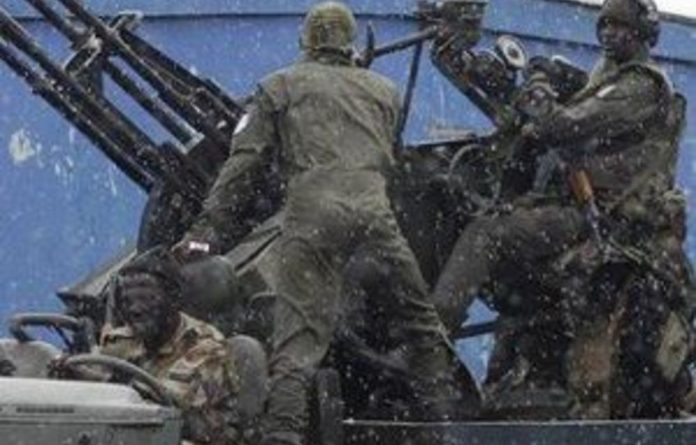 UN investigators have found more than 100 bodies in Côte d’Ivoire, victims of what seem to have been ethnically motivated massacres. Some appeared to have been burned alive and others were thrown into a well, said a spokesperson for the UN high commissioner for human rights.

The killings occurred in three locations in western Côte d’Ivoire and may have been carried out by Liberian mercenaries, according to the UN. The bodies were found on Thursday.

The discovery came as Alassane Ouattara, the internationally recognised president of Côte d’Ivoire, said he would not try to capture Laurent Gbagbo, who has refused to leave power and is hiding in a bunker under his personal residence. Ouattara’s forces have blockaded the compound.

In his first televised address since the siege in Abidjan began this week, Ouattara said he would focus on returning the country to normal to ease the plight of civilians.

The UN team’s discovery underlines the need for an urgent resolution to the crisis, which was brought about by Gbagbo’s rejection of the official election results last November.

About 40 bodies were found in Blolequin, west of Duékoué, where another 229 corpses were discovered last week. A further 15 bodies have been discovered in Duékoué and another 60 in the nearby town of Guiglo. Most of the victims appeared to have been shot while fleeing and wore civilian clothes, the UN said. Some of the dead were from other countries in West Africa.

Forces loyal to Ouattara were partly blamed for the massacre in Duékoué discovered last week. It occurred when Outtara fighters were trying to take over the town. The International Committee of the Red Cross reported at the time that the death toll could be more than 800.

It is not yet clear who carried out the massacres uncovered on Thursday, though the UN said that in Blolequin people from the Guere ethnic group — who are considered pro-Gbagbo — appeared to have been deliberately spared by the Liberian militias.

“With these very ugly tit-for-tat killings in Duékoué … [and] 100 more bodies found just yesterday, you’re talking about quite an escalation,” Rupert Colville, the UNHCHR spokesperson, told reporters in Geneva.

He said all the incidents appeared to have been at least partly ethnically motivated.

There are deep rivalries in the cocoa-growing area, mainly between the Guere and mostly Muslim farmworkers whose parents or grandparents came from Mali or Burkina Faso and who are still accused of being foreigners. Liberian mercenaries have previously been drawn into the fighting, which has claimed many lives over the past decade.

But the ethnic and religions tensions are also echoed at the national level — and have played a key part in the current conflict. Côte d’Ivoire has a Muslim north and Christian south, and more than 60 different ethnic groups. During his decade-long rule Gbagbo, a staunchly Christian southerner, tolerated and encouraged an increase in xenophobia, mainly aimed at Ivorians whose parents came from neighbouring countries, as well as the French. Muslims from the north — Ouattara’s main constituency — were also discriminated against, causing much resentment and a brief civil war.

Following the rapid advance of Ouattara’s forces through the country last week, Gbagbo has been confined to his well-equipped bunker with his influential wife, Simone. UN and French peacekeeping forces have attacked his military depots to reduce his firepower. But Gbagbo refuses to surrender, insisting he won the November poll and blaming France for his predicament. Until the election he had managed to stay in office five years after his mandate expired by repeatedly postponing elections.

Many of Gbagbo’s top generals and troops have deserted him, but about 200 soldiers and militiamen equipped with heavy weapons are guarding his home in the upmarket Cocody suburb, according to the French military. The Gbagbo loyalists repelled an assault by Ouattara’s fighters on Wednesday.

Ouattara is keenly aware that killing Gbagbo, who won 46% of the vote in the November run-off, could turn him into a martyr for his supporters and trigger terrible violence. In a television speech Ouattara said his surrounding forces would wait for Gbagbo to run out of water and food, while at the same time securing the streets of Abidjan.

Most people stayed at home for most of this week due to heavy fighting, looting and random attacks by militias. On Friday, with a lull in the clashes, some ventured on the streets to look for food and water, which is being sold in small amounts.

Ouattara has said he will soon end the ban on cocoa exports that he announced in January. He has asked the EU to lift sanctions on the main ports that had been intended to force Gbagbo to stepping down.

Ouattara asked the Central Bank of West African States to reopen its branches in the country to allow salaries to be paid. He has denied that his forces carried out massacres but pledged to hold a public inquiry into any human rights abuses committed during the conflict.

Horror recounted by victims and perpetrators
At the border crossing between Côte d’Ivoire and Toe Town, Liberia, the New Forces rebels fighting for Ouattara are on guard duty. In their camouflage gear with AK47s slung around their necks, they swagger around the barrier across the border bridge that marks the edge of their control.

“I pray for democracy in Ivory Coast and that the will of the people will be respected,” says Angelou, the commander, gripping his gun.

As he talks, the sound of gunfire cracks from the forest behind him. ‘We don’t have problem with civilians. If you see someone’s died, it’s because he’s taken up a gun. If he’s taken up arms, he is not a civilian, he is my enemy.”

Further north along the border, crouching among bushes along the banks of the river, are two young Liberian men in filthy clothes and flip-flops who describe their nine-day stint with the New Forces, where they say they were told to kill “anyone and everyone”.

The two men agreed to talk, but only for a $10 payment. They described barbaric scenes in which they surrounded villages in western Côte d’Ivoire, armed only with machetes, and killed everyone they saw.

“The town we entered first, most of the people were on the road and they were coming and we killed them,” they said, adding that they quickly returned to Liberia when they did not get paid.

Blolequin is one of “their” towns. The UN high commission for human rights has said that dozens of bodies had been found there, the houses razed, the town deserted, and that Liberian mercenaries may have been involved.

The men claim to also have attacked Toulepleu. One said: “Now the bodies in Toulepleu, it’s not good. The caterpillar left from Danane to bury the bodies. There is no way for cars to go over there because of the bodies on the ground. It stinks.”

Refugees in a transit camp on the Liberian side of the border, some of the 125 000 in Liberia who have so far fled, spoke of the horrors seen in Toulepleu, a town they fled as residents were being indiscriminately gunned down beside them.

Cradling his five children in the dust outside the UN tent, Kuide Pehe Ferdinand recalled the chaos. “I had too many children to save when the rebels hit. We tried to pick them all up but left one child in the house. When I came back, they had burned the house with my baby inside.”

Similar stories echo around the camp. People describe dead bodies littering the streets as they ran for their lives. The Audgines are one such family, grieving for a loved one killed when their home was torched, killing their grandfather.

“There is still fighting going on but there is a stalemate,” Le Roy told reporters after briefing the UN Security Council.

Le Roy said Gbagbo’s forces used a lull on Tuesday for peace talks as a ruse to reinforce their positions. The talks have so far led nowhere.

“We understand that since that time [the lull], the forces of Mr. Gbagbo … have regained terrain and they have full control of the Plateau and Cocody area,” he said.

“He has reinforced his strength in Plateau and Cocody,” Le Roy said. “We have seen heavy weapons to be transferred to the Cocody area, including this morning.”

Le Roy said Gbagbo’s men still had heavy weapons, even though UN and French forces had destroyed some of them.

But Gbagbo’s adviser in Paris denied his forces had heavy arms.

“These are untruthful statements as the Ivory Coast army’s abilities were destroyed by French bombings earlier this week,” Toussaint Alain told Reuters. “France is just looking for a pretext to get rid of President Laurent Gbagbo.” – guardian.co.uk