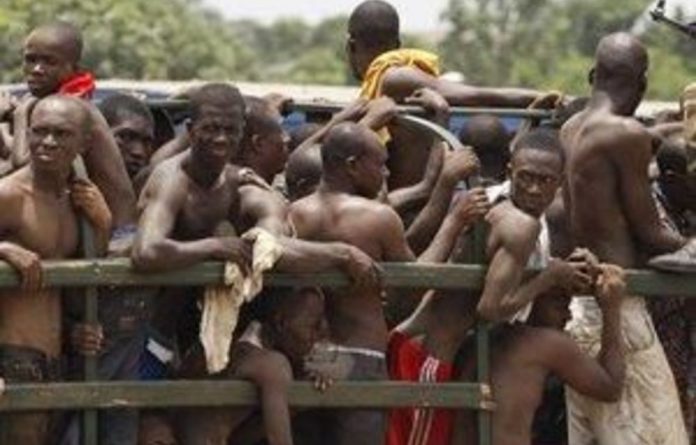 Forces loyal to Côte d’Ivoire incumbent leader Laurent Gbagbo stepped up a counter-attack on presidential claimant Alassane Ouattara on Saturday by firing on his hotel headquarters in Abidjan.

Rebel forces seeking to install Ouattara, who won an election last November according to results certified by the United Nations, swept from the north to the economic capital Abidjan almost unopposed more than a week ago.

But despite a fierce rebel onslaught, Gbagbo’s soldiers have held on to swathes of the city, and are now growing bolder.

A UN spokesperson in Abidjan said the attack on the Golf Hotel, which Ouattara has made his base since the election, involved heavy weapons that appeared to have been fired from Gbagbo’s heavily defended residence.

“This was not a fight, but a direct attack by Gbagbo’s forces, who fired RPGs and mortar rounds, from positions near Gbagbo’s residence, at the Golf Hotel,” said UN spokesperson Hamadoun Toure.

He said one UN peacekeeper had been hurt, and that UN forces had responded by firing on those positions.

Mariam Konate, a resident of the area near the hotel, said: “There was fierce fighting with heavy weapons and our houses shook, even some windows shattered. We’re all locked in our homes, but things quietened down about an hour ago.”

Ports secured
French soldiers supporting the UN mission in Côte d’Ivoire and backing Ouattara’s claim to the presidency secured Abidjan’s port on Saturday, but said the central neighbourhoods of Cocody and Plateau were still being fought over.

“They [Gbagbo’s forces] won some positions overnight that they lost again this morning,” said Frederick Daguillon, spokesperson for the French force in Côte d’Ivoire, Licorne. He said Gbagbo’s fighters “have become more confident”.

French helicopters clashed with Gbagbo’s defenders early on Saturday during a failed attempt to rescue diplomatic staff trapped by the fighting in Cocody.

The French military said Gbagbo’s fighters had also shelled the home of the French ambassador late on Friday, a claim denied by a Gbagbo advisor in Paris who said the former colonial ruler was making up reasons to attack Gbagbo’s forces.

Reuters witnesses said a fragile calm had returned to many parts of the city on Saturday, allowing shell-shocked residents to leave their homes in search of food and water amid the debris of war, or to try to escape to safer areas.

“Yesterday, militiamen came to our house, we were threatened,” said Jean Kima, a Burkinabe fleeing with his family in the northern district of Gesco. “The militia could come back at any moment and perhaps the worst will happen next time.”

Gbagbo is believed to be isolated in the bunker under his residence in Cocody, where he has sought refuge from a concerted assault by Ouattara’s troops while his elite presidential guard and militiamen do battle.

Only three days ago, his defeat had appeared imminent and talks took place between the two sides.

A senior commander of Ouattara’s forces near the northern entrance to Abidjan, Zacharia Kone, said his soldiers were prepared for any counter-attack.

‘Gbagbo still in place’
But in a further sign of Gbagbo regaining influence, the state television channel RTI, silent after recent heavy fighting, came back on air with a plea for support.

“The regime of Gbagbo is still in place, a strong mobilisation is required by the population,” it said.

Gbagbo, who has ruled Côte d’Ivoire since 2000, is defended by about 1 000 men. November’s election was meant to draw a line under a 2002/03 civil war that split the world’s top cocoa producer in two, but instead re-ignited it.

Burned-out vehicles and looted shops with wares spilling out of smashed windows were evidence of recent fighting in the south of Abidjan, as a French military convoy wound its way to the port handling the bulk of Côte d’Ivoire’s cocoa shipments.

“It was at the request of incoming president Ouattara that we have come to secure the port zone,” said Captain Roland Giammei, who said the forces were working alongside Ivorian gendarmes loyal to Ouattara.

Côte d’Ivoire’s cocoa industry, the world’s largest, has been paralysed since January, when Ouattara announced a ban on exports and the European Union imposed shipping restrictions in order to squeeze Gbagbo’s finances.

Ouattara is now seeking to revive the country’s economic motor as fast as possible.

On Friday, the EU lifted restrictions on the ports of Abidjan and San Pedro at his request. On Saturday, the first Air France passenger flight since April 1 landed in Abidjan.

But even if Gbagbo leaves, Ouattara’s ability to unify the West African state may be undermined by reports of atrocities since his forces — a collection of former rebels from the north — swept into Abidjan more than a week ago.

The UN human rights office said on Friday it had found 115 bodies in the west, adding to the 800 dead reported by aid groups last week. Some had been burned alive and others thrown into wells, a chilling reminder of Côte d’Ivoire’s ethnic and religious divisions. Ouattara’s camp has denied involvement. – Reuters