Coffee gives the spirits a lift 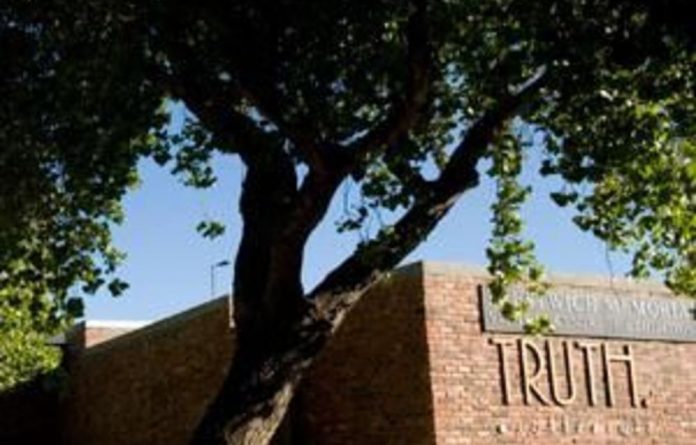 In May 2003 the largest grave site in South Africa to have fallen off the official radar was accidentally unearthed by a developer on private land at the corner of Prestwich and Albert streets in Cape Town.

The human skeletal remains dated to the 1700s and were of people who fell outside the official church and Dutch East India Company (VOC) establishment — slaves, infants, convicts, dispossessed Khoisan and passing sailors.

As the Mail & Guardian reported at the time, it was a test case for the South African Heritage Resource Agency and legislation governing the dignity of human remains. The earliest burials (found at Cobern Street among later colonial burials) are of the shaft type used by the Khoe-khoen and date back more than 1 000 years ago.

The resulting debate (or crisis for the developers), amid protests, night vigils and untimely rains, entangled government bureaucracy and a public whose dignity had been repeatedly denied and abused for three centuries with the economic and infrastructural needs of a city to host the Fifa World Cup.

Forgotten souls
The protocols on the disinterment and reinterment of human remains that arose from this historic collision will continue to govern for some time. The end result was the Prestwich Memorial, a permanent place of rest for the forgotten souls of District One. It is on the site of the first formal cemetery hastily opened in response to the smallpox epidemic of 1755.

The ossuary — a ramp leading underground lined by timber shelves for the storage of about 4 500 boxes of remains — is meant to be an interpretive centre for learning and memory. “Invasive” laboratory analysis of the remains was ruled out, although scientists have argued that this was a missed opportunity to understand more about the past and the dominant historical perspective.

Archaeologists have found both VOC and Mughal Indian coins in the eye sockets of the dead. Sharpened and patterned teeth indicate slaves from elsewhere in Africa.

The small museum is an ongoing project. The displays are informative, fascinating, attractive and well thought out. Although they focus on the site and its surroundings, they tell the broader story of the Cape.

It is well worth spending some time here and, if you do, you can keep yourself invigorated by the excellent artisanal coffee served at the aptly named Truth and Coffee café, launched little more than a year ago by “coffee evangelist” and radio talk-show host David Donde.

There are umbrellas and outside seating in the public park. Inside, where the museum displays are, you can relax or work in a wifi spot on funky if somewhat flimsy pressed-wood designer furniture. Order at the counter. They use the coaster call system here, which lights up and vibrates when your order is ready.

The coffee is roasted on site and, if you’re lucky enough, you can witness the process on some afternoons. A vintage Probat machine, to which some modern electronics have been added to improve control, is still used. The drum is cast iron; steel took over in the 1960s. According to the team at Truth, it is easier to roast in — the iron gives off more radiant heat and the convection is better, which possibly explains why they detect an improved taste.

Green coffee beans are inedible and the coffee would be undrinkable. Roasting the beans at temperatures of up to 220°C for two to 15 minutes transforms them.

Catchy appellations
First they puff up and then the sugars and proteins brown ­– the hotter the temperature the darker the beans. As the oils escape, the beans get a glossy look. In the process flavour and aroma develop, at first tart, then they start to blossom. But if roasted for too long they become bitter once again and lose body. The flavour of poor-quality beans can be improved by judicious roasting but, equally, good-quality beans can be destroyed.

Truth offers five blends for sale, each with a catchy appellation. Resurrection is the house blend (espresso); Vengeance, for filter or a French press, is a “forgiving” blend; Antithesis is a decaffeinated blend; Donde’s Chaos is described as “charismatic”; and finally there is Organic.

For breakfast, you might try their large croissant filled with scrambled egg (really a soft omelette) and rashers of pink, rindless bacon.

With coffee on tap and some great snacks at hand, you could easily spend a morning at the Prestwich Memorial — and then set off on a historical walk taking in the many significant landmarks on the way to the V&A Waterfront.

Ugandan budget: Striking a balance between infrastructure and social sectors is key