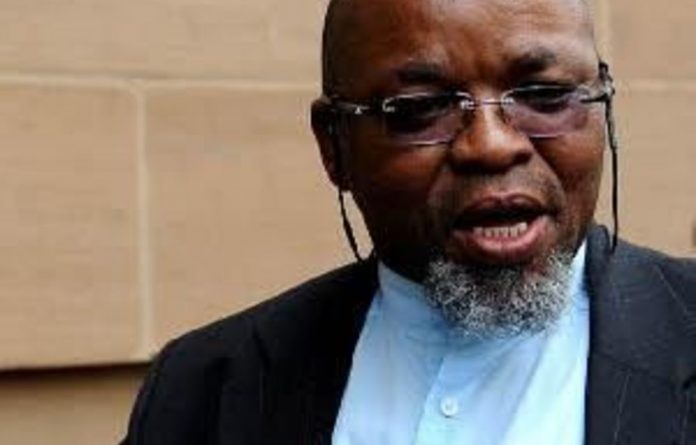 Mantashe said he coined the term “Malemaphobia”, after an outreach program for Afrikaners was established by the ANC.

Through interaction with Afrikaners when visiting farms, Mantashe said he noted that most of them had an “irritation by Malema”.

Protecting heritage
Under cross-examination by counsel for AfriForum, Martin Brassey, Mantashe said the song in question needed to be protected as it was part of heritage, and future generations would be angry if it was not protected.

“It’s about protecting a history and heritage,” he said, adding that the song did not belong to Malema, but to the liberation movement.

Brassey said “Malemaphobia” may be seen to be caused because Malema was a controversial figure, who embodied a particular set of ideas.

He added that Afrikaners also had a keen sense of what it was to be oppressed and AfriForum had no desire to burn songs or trample on history.

“Whites become frightened because they are the minority,” he said, citing examples of placards held by supporters outside court which read: “F the Boers, I hate them with a passion”.

Inspire and mobilise
Mantashe said he refused to believe, as suggested by Brassey, that people were so ignorant of the struggle as to not know what was happening around them.

The intention of the song was to inspire and mobilise people, Mantashe said.

Mantashe added that liberation songs had no copyright, and because of this any other liberation movement [such as the PAC] could sing it too.

Both the ANC and Malema are respondents in the case.

Mantashe is among high ranking ANC members giving testimony in the case. Poet and ANC veteran Wally Serote and Science and Technology deputy minister Derek Hanekom previously testified. Minister in the Presidency Collins Chabane, and Malema himself will also take the stand.

Literacy
ANC stalwart Winnie Madikizela-Mandela has been at Malema’s side since the start of the case. She will not testify, but on Monday told supporters outside that the court was “illiterate”.

Serote previously told the court the victims of apartheid had sought noble ways of healing the country.

He said if Malema were to get out of hand, the “elders” of the ANC would sit him down and talk to him, but Malema had a right to act like a youth, because he was a youth.

Serote agreed with the view, expressed in court by Hanekom last week, that a “national dialogue” on the matter was needed.

Serote also believed the song was not linked to any farm killings.

Meanwhile, the court was told on Tuesday that a big screen erected outside the court — allowing supporters to watch the trial — may stop opposing counsel from coming to proceedings.

Counsel for farmers’ organisation Transvaal Agricultural Union of South Africa, Roelof du Plessis, said he might not come to court on Wednesday because of the big screen.

He did not want to highlight for the record why he would not come to court. However, media reports indicate that Du Plessis and his family had been threatened since the start of the case. — Sapa