The tide of intolerance must turn 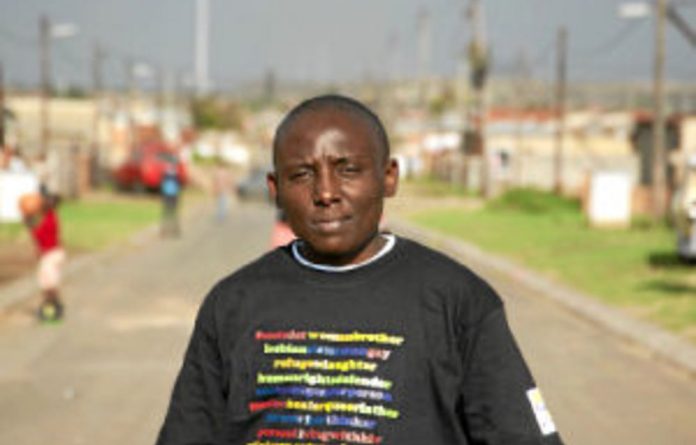 Transgender activist Victor Mukasa knows better than most what it’s like to live in a society that worships traditional gender norms.

Mukasa, coordinator of the human rights defenders project at the Coalition of African Lesbians in Johannesburg, was a victim of a horrifying “corrective” rape in Uganda. Born a woman, he changed his name to Victor and had his breasts surgically removed after arriving in South Africa in 2008.

This week he was sent a report by colleagues who work on transgender cases, claiming they had interviewed the family of a 14-year-old who was subjected to corrective rape in Atteridgeville, Pretoria, on May 5.

News of the alleged rape went viral before the police heard about it, drawing outraged responses from gender activists, political parties and the ANC Women’s League.

But the saga took a bizarre turn this week when police Lieutenant Colonel Tshisikhawe Ndou told the Mail & Guardian that the South African Police Service had no reason to open a criminal case.

The police had activated all the relevant investigative units when news of the alleged rape finally reached them, Ndou said. A medical practitioner who had been consulted about the case, and the medical facility where the teenager had been admitted, had found no evidence of rape.

“During an interview with the family the mother indicated that her daughter was not raped and therefore no case was opened,” said Ndou. Should new evidence of an alleged crime emerge, he said, it could be reported to police for investigation.

The police’s comments on the case came on Wednesday, when Mukasa joined the gender activist march in KwaThema to protest against corrective rape and gender violence, following the brutal murder on Easter Sunday of lesbian activist Noxolo Nogwaza, whose beaten body was found in a ditch in the township.

In 2008 KwaThema, near Springs in Gauteng’s Ekurhuleni metro, was also the scene of the horrific gang-rape and murder of Eudy Simelane, a popular player for the Banyana Banyana national female football team.

Mukasa said his own “corrective” rape in Uganda would stay with him for the rest of his life. When he arrived in South Africa, at the time of the xenophobic upheavals, he found another society that ­targeted sexual minorities.

Corrective rape is widespread in South Africa and official awareness of this hate crime is starting to grow. A recent drive by activists has led to watershed meetings in Parliament between government and other organisations working against gender violence and to the establishment of an intervention plan and a task team to fight it.

Mukasa said it is heartening to see awareness growing. Transgender people have a basic inner sense of who they are and that they are “different” from those around them, he said, but it could be a lonely existence.

The umbrella term “transgender” encompasses a broad body of sexual minorities, including transvestites and transsexuals. “There is a conflict between who you are and the body you have that does not connect with who you are,” said Mukasa. “You begin to transgress traditional gender norms.”

Mukasa said he became aware of his alternative sexuality when he was very young and going through puberty was horrific because he felt so alone. “The family does not understand what is happening to you and they just think you are stubborn because you want to wear shorts all the time,” he said. “I hated the school rules that made me wear skirts. Sports days for me were like Christmas, because then I could put on shorts.”

His breast-removal operation, at the age of 34, made a world of difference to how he felt about himself. “It was like waking up one morning and I felt fresh and comfortable,” he said.

Mukasa has not yet had a full “gender reassignment”, including surgery to remove his genitals. “You need professional help before you attempt to follow certain procedures. Maybe I will do it one day,” he said. “I’m comfortable for now. It’s a journey.”

COMMENT: For all Bobi Wine’s evident popularity, it remains to be seen if he can build a political machine capable of posing a serious threat to Uganda’s president
Read more
Africa

Business associations are urging companies to continue seeking alternative energy sources in light of Eskom’s court judgement which would allow the utility to bump up electricity prices up to 15% from next year April 2021.
Read more
Advertising
Continue to the category
Politics