Change on the way for Angola 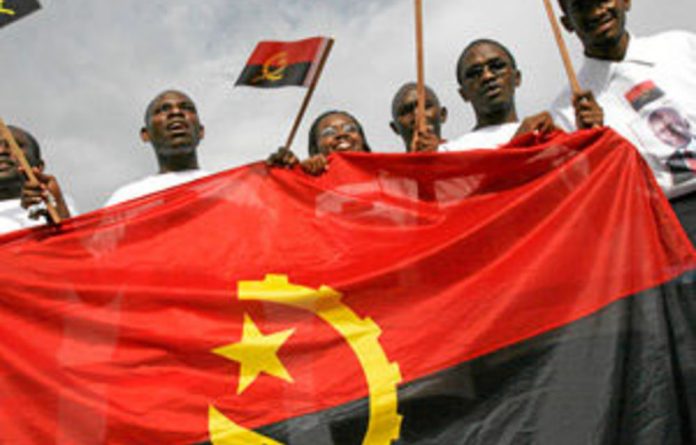 After nearly 32 years of being ruled by one president, change may finally be on its way to oil-rich Angola, where anti-government protests have ruffled the feathers of the ruling elite.

The protests may have been small in size and number. But the fact that they are happening at all in a country where critical voices are vigorously suppressed is being interpreted as a significant pointer.

An Arab Spring-style uprising is highly unlikely, as most Angolans are still scarred by the 27-year civil war that ended in 2002. But there is a growing discontent among ordinary people, who feel they have not shared in the country’s peace dividend.

In spite of Angola’s rich natural resource base and its status as the world’s fastest-growing economy in the past decade, many people live in desperate poverty, without access to water or electricity, while education and health services are poor.

Increasingly, anger is directed at President José Eduardo dos Santos and his wealthy circle of relatives and aides, a number of whom have been accused of looting the state through corrupt deals.
Last week Forbes magazine named Dos Santos’s eldest daughter, Isabel, as the ninth-richest woman in Africa, thanks to her banking and telecommunications investment portfolio across Angola and Portugal.

Although formally announcing the country would go to the polls at the end of next year, Dos Santos has not yet confirmed whether he will stand again.

This has sent the succession rumour mill into overdrive and, for the first time, people are beginning openly to consider an Angola without him at the helm.

“In Luanda and in political circles other names are being touted, which is a very strong indication that the issue is coming under serious contention,” said Pedro Seabra, a researcher at the Portuguese Institute of International Relations and Security in Lisbon.

“Angola is not the same any more. Two years ago you wouldn’t have had people going to the streets with posters calling for an end to the president, but now this is starting to happen.

“For some, Dos Santos is starting to become a liability for the party because he has been in power so long.”

Critics point out that the 68-year-old, second only to Muammar Gaddafi as Africa’s longest-serving leader, was never elected. This is fuelling the discontent, particularly among young people, many of whom are returning to Angola to work after studying abroad in Europe and the United States.

The son of a bricklayer educated in the Soviet Union, Dos Santos was appointed president in 1979 after the death of liberation icon Agostinho Neto. He faced his first election in 1992, but it was never concluded because civil war erupted anew.

In 2008 there was a parliamentary election, but the presidential ballot, which was expected to take place in 2009, was put off and the following year the constitution was changed to abolish direct presidential polls.

Under the new charter, which also centralises more power in the presidency, the head of state is the person who tops the list of the party which wins the most votes.

Having claimed 82% of the votes in 2008 it is unlikely that in the 2012 election Dos Santos’s MPLA will lose to its underfunded and disorganised civil war rival, Unita, but the formerly Marxist ruling party is not taking any chances.

Clearly rattled by the growing tide of popular grievance, Dos Santos gave an emotionally charged speech to the MPLA central committee last month in which he played on the Angolan refrain of confusao, and accused outside forces of meddling in Angola’s affairs.

“These days there is a certain amount of confusion in Africa and some people are trying to bring that confusion into Angola,” he said. “We must remain attentive and unmask the opportunists, those that thrive on intrigue and the deceivers that want to mislead those that do not know the truth.”

In the same speech Dos Santos said poverty was created by the colonial powers, not the MPLA, and he denied internet rumours that he had $20-billion stashed away in foreign bank accounts — a denial many said highlighted his heightened sensitivity.

Said Seabra: “We’re seeing a Dos Santos suddenly more concerned about his legacy and how he will be remembered at home and on the continent.”

Clearly sensitive to how social networking sites are being used to spread antigovernment ideas and organise protest events, the government, which already controls the traditional media, has proposed new statutory restrictions on the internet.

The legislation would outlaw “the dissemination of information with the goal of damaging national integrity or independence, to destroy, alter or subvert state institutions through the use of information systems”.

It would also allow the authorities to “intercept or block communications, retain data and make it illegal to use recording, video and photography without authorisation, even if the material was produced legally”.

Elias Isaac, the director of the Angolan office of Open Society Initiative for Southern Africa, which has led civil society opposition to the proposed law, said the legislation was “totalitarian” and proof Angola was “only pretending to be a democracy”.

Isaac believes change is coming to Angola, while acknowledging that it will not take place overnight.

“People are starting to talk more openly about the situation in the country and many are young, the children of party members and the elite, those who have been educated abroad and have seen other ways of governance,” he said.

“It might take longer than two years, but things are going to happen. It’s like bread, you just use a ­little yeast and things start rising,” he said.

Some suggest that Dos Santos will be the top candidate on the MPLA list for the 2012 election and will be elected president, only to step down shortly afterwards.
Angolan journalist and anticorruption campaigner Rafael Marques is less sure.

He said: “Dos Santos cannot just step down. Look at Hosni Mubarak and what’s happening to his family in Egypt.”

Marques said that Dos Santos would give up power only if the MPLA itself fell apart, as there was no other political grouping in Angola capable of confronting it at an election or on the streets.

Dos Santos’s daughter deals herself a good hand
She began her business empire with a litter-collection company in Luanda, but some would say that is not the only thing that might be considered a little murky about Isabel dos Santos’s estimated €2-billion fortune.

The eldest daughter of Angola’s president, José Eduardo dos Santos, Isabel (38), is one of richest and most powerful women in Africa, thanks to an international investment portfolio of banking, energy, telecommunications, agriculture, diamonds, gambling, media and retail interests.

Through various holding companies and partnerships she has direct and indirect stakes in a number of market leaders in Portugal, Angola and Mozambique.
These include Portugal’s biggest cable-television provider, ZON, which is now branching out into Mozambique and Angola; Portugal’s largest bank, Banco Portugues de Investimento, and the Portuguese energy company, Galp Energia.

In Angola she is a shareholder in Unitel, one of two mobile phone operators, and she owns several casinos in partnership with Macau billionaire Stanley Ho. She also has a stake in Besa, the Angolan subsidiary of Portugal’s Banco Espírito Santo, as well as shares in the Nova Cimangola cement company.

Last month she was reported to have done a deal with Portuguese retail conglomerate Sonae to open a network of Continente supermarkets in Angola.

There are suggestions that this will involve buying up the failing state retail chain, NossoSuper, and using its 27 existing outlets to launch the Portuguese brand countrywide.

Born in 1973 to Dos Santos’s first wife in Baku, Azerbaijan, where the president was studying at the time, Isabel was educated in the United Kingdom, graduating in electrical engineering and ­business management.

In 2003 she married Congolese art collector Sindika Dokolo, the son of Kinshasa millionaire, Sanu Dokolo, who founded the Bank of Kinshasa. The couple, who have several children, divide their time between Luanda, London — where her mother now lives — and Lisbon, but are also regular visitors to Johannesburg, where Dokolo has relatives.

Dubbed “the princess” by some in Luanda, Isabel is reported to hate attempts to link her business success to her father. But her connections have done her no harm in helping her secure lucrative deals.

The few who meet her personally describe her as “extremely dynamic” and “very professional”.

Several of her siblings, by different mothers, are also no strangers to the world of business.

Her sister, Welwitchia dos Santos Pêgo, known as Tchizé, runs a television channel in Angola and is president of the Benfica de Luanda football club. José Paulino dos Santos de (Zedú junior) is a music and events producer who runs the Luanda-based Semba Comunicações, while José Filomeno dos Santos (Zenú) has interests in real estate, although he is increasingly being linked to a future in politics, possibly as a successor to his father as president.