Race for top spot opens up as Stormers struggle 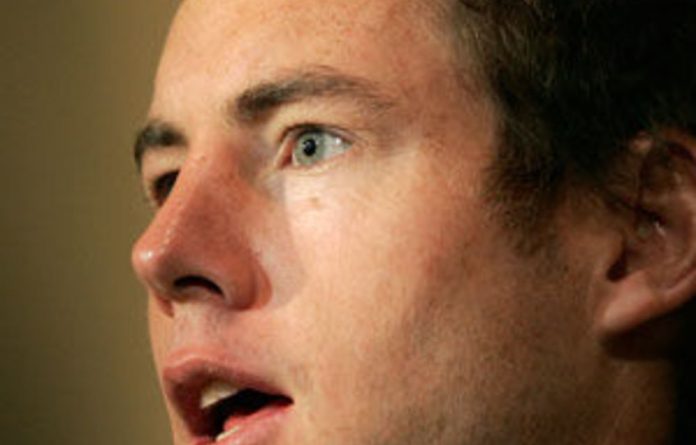 It has been a bad couple of weeks for the Stormers. Defeated at home by the Crusaders and then away by the Chiefs, the Cape side has lost much of its lustre. This week’s game against the Blues in Auckland looms as the fixture that could set the tone for the rest of the competition.

The Blues also lost last week, to the Reds in Brisbane, but they gained two bonus points in the process. Now the Reds sit on top of the log with 50 points, while the Blues are a point behind in second, a clear five points ahead of the Stormers and Crusaders.

The good news for the Stormers is that they have a game in hand on the frontrunners. The bad news is that a win for the Blues at Eden Park would stretch their lead over Allister Coetzee’s men to between eight and 10 points, depending on what happens in the game in question.

To complicate matters further, the Sharks also have a game in hand on the log leaders and, should they beat the Bulls in Durban and the Stormers lose in Auckland, the Sharks will climb to the top of the South African log. The race that was a foregone conclusion a month ago, after the Sharks had lost three games in a row, is now well and truly on.

This is as it should be, because the benefits of winning your local conference should not come easily. It highlights once again, however, the way the rejigged tournament increases local chauvinism. Last year Sharks supporters would have been quietly supporting the Stormers on Saturday. This year they will be hoping for a Blues win.

We have reached the stage of the competition in which nothing can be taken for granted. Who would have thought last week, for instance, that with the Sharks enjoying a bye, the only South African team to lose would be the Stormers? The Brumbies may be at a low ebb, but the bitterness of their home crowd to defeat by the Lions spoke volumes.

Perhaps surprisingly, the Crusaders were much less distraught at losing to the Cheetahs in Bloemfontein, although Dan Carter could not hide his disappointment at a few refereeing decisions. The win against the Stormers a week earlier had clearly come at a price, with Israel Dagg now in doubt for the World Cup and three other players sent home on the same flight.

Sonny Bill Williams limped off at half time against the Cheetahs and Carter’s departure on the 50-minute mark signalled the beginning of the end for the perennial contenders. There is plenty of talent in the extended squad of the Christchurch-based franchise, but there comes a point when you start running out of plasters to stick on the wound.

Sore and weary
This week the sore and weary Crusaders have to play the Chiefs, a team that has finally found its form after a dreadful first 40 minutes against the Stormers.

A win for the Chiefs and defeat for the Stormers on the same weekend would suddenly open the way for any number of play-off scenarios.

Even the 10th-placed Cheetahs are not out of it right now, due almost entirely to the change of shape at the sharp end of the season, when six teams instead of four progress to the next phase. The Bulls, two places and seven points ahead of the Cheetahs, may have found their form at precisely the right moment.

The defending champions could yet be the surprise package in the last six, the side no one wants to get drawn against. For that to be the case, however, they need to beat the Sharks in Durban this week. This match is as important in the scheme of things in our local conference as the Blues/Stormers game is in the overall standings.

It so happens that the Bulls play the Sharks twice in the last month of the tournament and the neutral supporter, if there is such a thing in this country, would like the same side to win both games. A share of the points would do neither side much good.

Another intriguing prospect is the possibility that the Lions might beat the Waratahs in Sydney. Placed second in the Australian conference, the Waratahs are sixth on the overall log and the most vulnerable of all the contenders. They managed to lose comfortably against the Cheetahs earlier in the season, when everyone else was queuing up to play Naka Drotske’s men.

Now that the Lions have an away win to match their one at home, the sky’s the limit. They even have a recently arrived World Cup winning Springbok in their starting line-up, one Butch James. It’s a little sad, given the spectacular return to form of Elton Jantjies last week, but if James were to rule the roost against the Waratahs it would open up the draw for the teams currently ranked seventh to 10th. As Wednesday’s elections suggested, if you can’t be a king yourself, it’s not a bad option to be able to create a crown for someone else.