I’ll be at the US Open, says Woods 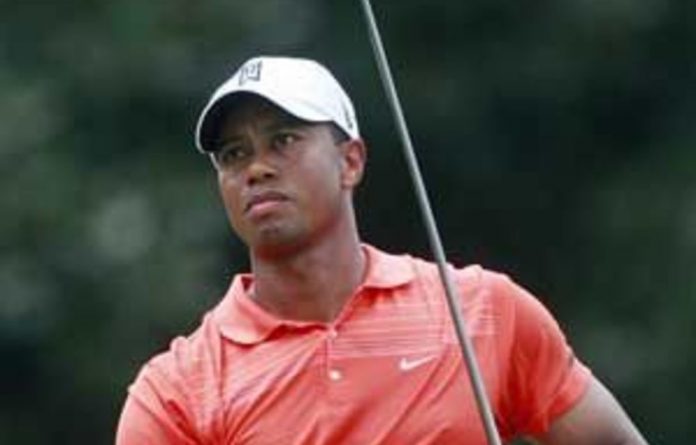 Tiger Woods is using crutches and wearing a protective boot on his aching left leg to make sure he’s healthy enough to play the US Open.

Woods doubts he’ll play the Memorial next week in Dublin, Ohio, but expects he’ll be “ready to go” for the US Open from June 16 to June 19 at Congressional.

Woods is bothered by pain in his left knee, left Achilles’ tendon, tightening in his calf, and a sore lower back. He says doctors have not mentioned leg surgery.

“I’ve had four surgeries on it,” Woods said on Tuesday. “Obviously, it’s not what it was when I was little.”

The golfing great hasn’t hit a ball in about two weeks.

“You just play through these things,” Woods said. “There’s a difference between being in pain and being injured.”

Woods said he’ll start training by the end of next week. That means he’ll go to the US Open with little competition, although this is nothing new for him. In 2008, he had arthroscopic surgery after the Masters and didn’t play again until the US Open. Doctors discovered a double stress fracture in his left tibia in the weeks before the major. Going against his doctor’s advice, Woods not only played the US Open, he won it at Torrey Pines in a 19-hole playoff.

Now, he says his left leg is not nearly as bad as it was then.

‘A lot better off’
His golf, however, is a different story.

Woods said he was more worried about his health in 2008.

“I’m a lot better off,” Woods said. “I feel that in the next week or so, I can start getting back toward that and start practicing pain free. That’s where I’m at.”

Prepping
Woods withdrew after only nine holes this month at The Players Championship. He also fell out of the top 10 rankings for the first time in 14 years.

He has been number one for 623 weeks in his career, by far the longest of any golfer since the rankings began in 1986. He had been number one from June 2005 until Lee Westwood supplanted him last November.

“I haven’t played. It’s one of the reasons I’ve fallen as far as I have,” Woods said. “When I did play, I haven’t played well. Winning takes care of all of that.”

He acknowledged he did come back too early for The Players Championship. He hurt himself on the opening tee shot at Sawgrass. Woods’ status was borderline for the tournament to begin with, but he pressed on and did further damage. He won’t risk additional injury to the leg.

“It’d certainly be nice to come up here and play practice rounds,” he said, “and do all the other prep I do for the majors.”

Not a chance this week, even on a gorgeous Tuesday.

Dan Gelston
Dan Gelston works from Philadelphia. Sports Writer. AP. I found that if you have a goal, you might not reach it. But if you don't have one, then you are never disappointed. Dan Gelston has over 5867 followers on Twitter.
Facebook
Twitter
WhatsApp
Linkedin
ReddIt
Email
Print