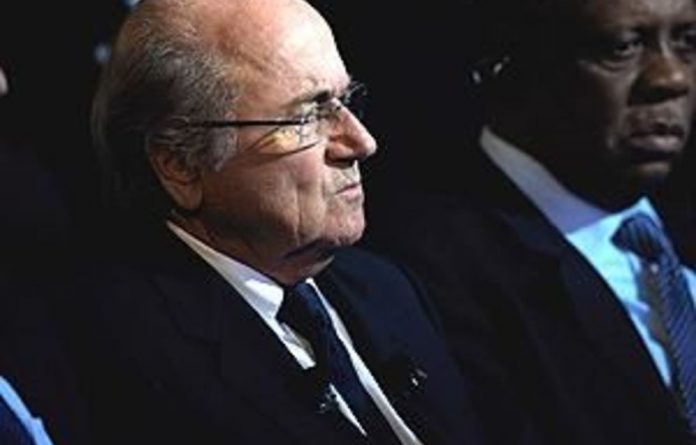 The battle for the Fifa presidency was thrown further into turmoil on Friday as football’s governing body announced they have opened a probe into alleged corruption by president Sepp Blatter.

Blatter will appear before Fifa’s ethics committee on Sunday after claims he knew about alleged cash payments at the centre of an investigation targeting his election rival Mohamed Bin Hammam.

Bin Hammam had demanded the corruption investigation be widened to include Blatter on Thursday, as the two men prepare to contest a June 1 election for control of world football.

Bin Hammam and Warner were targeted after Chuck Blazer, general secretary of the Confederation of North, Central American and Caribbean Association Football (Concacaf), reported possible misdeeds during a May 10 and 11 meeting in Trinidad.

Trinidad conference
British media reports said Bin Hammam and Warner were accused of offering $40 000 cash gifts to national associations at the Trinidad conference in return for their votes in next week’s presidential election.

Fifa’s statement on Friday said Blatter had been summoned to appear before the ethics committee to answer claims that Warner had told him in advance of alleged payments made at the meeting.

The statement continued: “Subsequently, the Fifa Ethics Committee today opened a procedure against the Fifa President in compliance with article 16 of the Fifa Code of Ethics.

“I cannot comment on the proceedings that have been opened against me today. The facts will speak for themselves,” the Swiss powerbroker said.

Orchestration
Blatter has denied suggestions from Bin Hammam that he had orchestrated the charges against the man seeking to unseat him, dismissing them as “ludicrous”.

“I take no joy to see men who stood by my side for some two decades, suffer through public humiliation without having been convicted of any wrongdoing,” Blatter wrote in his column on the respected InsideWorldFootball blog.

“To now assume that the present ordeal of my opponent were to fill me with some sort of perverse satisfaction or that this entire matter was somehow masterminded by me is ludicrous and completely reprehensible.”

The civil war which has erupted within Fifa’s echelons follows weeks of corruption allegations involving the organisation’s officials.

Fifa opened a separate inquiry after accusations made in the British parliament regarding the bidding process for the 2018 and 2022 World Cups.

On Monday, Qatar denied claims aired in the committee that it paid large bribes to secure its shock victory in the battle to host the 2022 tournament. Bin Hammam, who was instrumental in the bid, has also rejected the allegations.

“Football is the most beautiful and popular game in the world and we have to resolve these problems,” he told Sky Sports.

British Sports Minister Hugh Robertson called for the Fifa election to be suspended, claiming the campaign had been turned into “a farce”.

‘Farce’
Robertson said: “The Fifa presidential election campaign has descended into a farce. With both of the candidates having allegations of corruption aimed at them the election should be suspended.”

He added that Fifa should follow the International Olympic Committee who brought in new rules after the Salt Lake City bribery scandal in 1999.

“Sports governing bodies have to be transparent and accountable and change has to happen for the good of world football,” he said.

“Fifa needs to urgently reform in the way that the IOC did after Salt Lake City.” — AFP