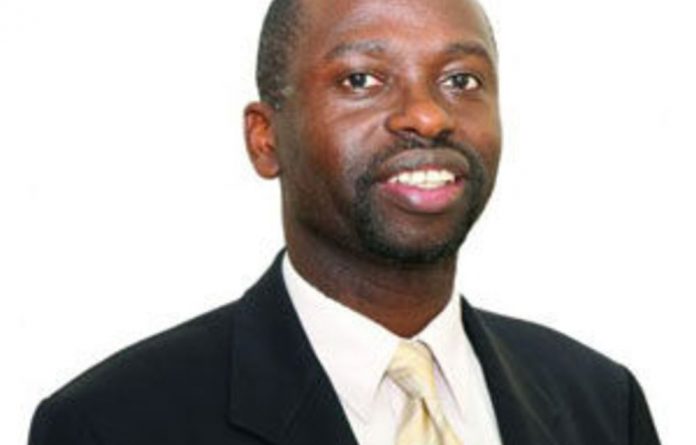 Professor Tshilidzi Marwala is an enthusiastic research capacity developer, particularly of African students, and has supervised over 50 students from undergraduate to postdoctoral levels.

He is the Executive Dean at the Faculty of Engineering and Built Environment, University of Johannesburg, and is the driving force behind many technological artefacts that are underpinned by the application of computational intelligence techniques in various domains, including computer science, engineering, medicine, finance, social science and computational biology.

“We use computational intelligence techniques for a number of things. It could be to predict epilepsy or to predict and classify various forms of cancer, and even to design a device such as an artificial larynx,” he says. All of these examples have been developed by Marwala.

“It’s about making computers think like humans,” says Marwala. “We already find this in a number of cell phones, where a cell phone automatically calls someone when the name is spoken aloud. The phone is acting like a human because it ‘listens’ and then executes the instruction.” Computational intelligence technology techniques have wide-ranging uses.

In 2009, Marwala wrote a book called ‘Computational intelligence for missing data, estimation, imputation and management’. He says that it has enormous practical applications for business because the work looks at how people make decisions with incomplete information.

Together with his students, Marwala has published over 230 papers, as well as refereeing journals and conference proceedings. It’s his belief that, in many cases, a young person only has curiosity coupled with limited skills because he or she hasn’t gained experience outside of academia. For this capacity builder, it’s important to assist them and train them to become the best in what they do.

In this light, Marwala makes resources, such as grants, available to the students and ensures he is available to listen and assist them. He comments that it is also important to ask difficult questions and to put students into the deep end so that they are challenged.

It is Marwala’s ambition to see his students make significant contributions to people’s lives: “For me, the only economic policy that makes sense is to capacitate people to think independently and in an innovative confident manner so that they can tackle the world with all its complexity. The result is individuals who see a problem and then think of solutions with socio-economic value.”

His belief is that almost every society that has succeeded has given young people a good education. He says if we get this right, everything else will follow and that individuals should be developed to their capacity to give their best contributions to society.

Marwala says that people are afraid of computational intelligence because they think of it as robots taking over the world. There is also the concern that the technology will make jobs redundant: “But it is humans that direct computers and, if we don’t follow a technological path, society will lose out in productivity and in the ability to compete internationally. Furthermore people can be reskilled because technology creates other jobs and opportunities.”

About one point, Marwala is adamant. He says: “I cannot emphasise enough that young people must understand that the basis of a modern economy is to develop a society where numerical ability is quite advanced. No-one should be intimidated by numbers.” Currently South Africa is almost at the bottom of the world maths skills ranking and this creates a knock-on effect where the country will have difficulty competing in the world economy.

“I encourage the youth to do maths as a subject and for communities to mobilise resources. Individuals in communities can capacitate each other, creating a knowledge transfer from those with mathematical skills. We cannot just rely on the schooling system,” says Marwala.

The multidisciplinary characteristic of computational intelligence and its roots in nature continues to engage him: “The brain inspired us to look into neural networks and the theory of evolution has inspired genetic algorithms.” He hopes that people, especially the youth, will be inspired to pursue this line of research.