‘Mladic will finally be held accountable’ 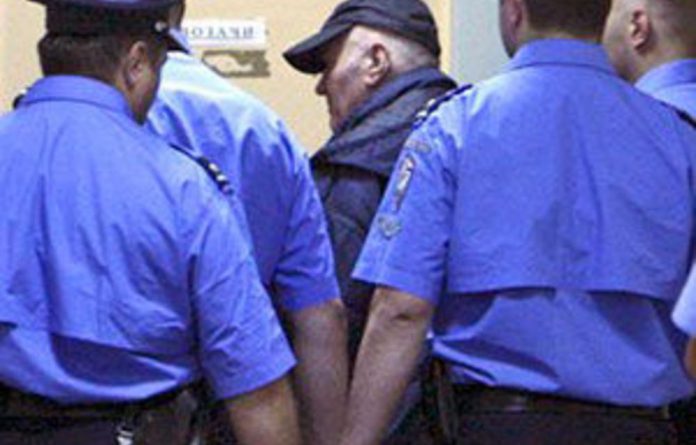 Bosnian Serb wartime general Ratko Mladic will face trial on genocide charges in The Hague following his arrest in Serbia after 15 years on the run, with European officials expecting his extradition within 10 days.

The arrest on Thursday of Mladic, the last of the three men blamed for instigating ethnic cleansing during the 1992 to 1995 Bosnian war, was expected to clear the way for the former pariah state of Serbia to join the European Union.

“On behalf of the Republic of Serbia I can announce the arrest of Ratko Mladic. The extradition process is under way,” Serbian President Boris Tadic told reporters in Belgrade.

Mladic, accused of orchestrating the massacre of 8 000 Muslim men and boys in the town of Srebrenica and a brutal 43-month siege of Sarajevo, was found in a farmhouse owned by a cousin.

“Mladic had two loaded guns he did not use. He was cooperative and did not resist arrest,” said Rasim Ljajic, the Serbian minister in charge of the search for fugitive war criminals.

Serbian state television showed video of Mladic (69) being escorted by police to be interviewed by an investigative judge at the special war-crimes court in Belgrade on Thursday. Wearing a cap, he was moving slowly with a slight limp.

Mladic’s lawyer later told reporters the court had halted the questioning because his client was “in serious condition. He is hardly responsive.” An official described the once burly general as looking disoriented and tired.

The deputy war-crimes prosecutor said the court would continue to question Mladic on Friday.

European Union foreign policy chief Catherine Ashton said she expected Mladic to be extradited to the International Criminal Tribunal for the former Yugoslavia in The Hague within nine or 10 days.

Tadic confirmed Mladic (69) had been detained in Serbia, which for years had said it could not find him.

Although his arrest removed a diplomatic thorn from Belgrade’s side, the revelation that Mladic was in Serbia, as many suspected, raises questions as to how he eluded justice for so long.

Hero to many
Mladic, whose Bosnian Serb Army was armed and funded by late Serbian president Slobodan Milosevic, is still seen as a hero by many Serbs. Milosevic died in 2006 while on trial in The Hague for war crimes.

“This removes a heavy burden from Serbia and closes a page of our unfortunate history,” President Tadic said.

The arrest may have come too late to place the general jointly on trial alongside his former political leader, Radovan Karadzic, the Yugoslavia tribunal’s prosecution office said.

Mladic was indicted in 1995 together with Karadzic, who was arrested in July 2008 and went on trial in October 2009. Prosecutors initially wanted to try both men together, but separated the case shortly before Karadzic’s trial started.

Frederick Swinnen, special adviser to chief prosecutor Serge Brammertz, said it was too early to say for certain whether the Mladic and Karadzic cases would be rejoined, but added that doing so would also delay the trial of Karadzic.

Peter Robinson, one of Karadzic’s legal advisers, said that Karadzic regretted the arrest of Mladic.

“Dr Karadzic is sorry for General Mladic’s loss of freedom. He looks forward to working with him to bring out the truth about what happened in Bosnia,” Robinson told Reuters by email.

Arrested in village
Mladic was arrested in the village of Lazarevo, near the north-eastern town of Zrenjanin about 100km from the capital, Belgrade, in the early hours, the police official said.

“This represents a small bit of justice for my heart, my soul and my pain,” said Sabaheta Fejzic (55), who lost her only son, her husband and many other male relatives in the massacre.

“It’s long overdue but better than never. This is, in the end, a good move and it will work towards reconciliation,” Bosnian Foreign Minister Sven Alkalaj said.

Many nationalists in Serbia, which was under international sanctions over the war in Bosnia and then bombed by Nato to stop atrocities in Kosovo in 1999, idolise Mladic and one representative made clear their fury with the government.

“This shameful arrest of a Serb general is a blow to our national interests and the state,” Boris Aleksic, a spokesperson for the ultra-nationalist Serbian Radical Party said. “This is a regime of liars — dirty, corrupt and treacherous.”

Several dozen nationalists and hooligans rallied in downtown Belgrade to protest the arrest, clashing briefly with police who dispersed them from the main square, a Reuters reporter said.

Dozens of people were arrested and injured in 2008 throughout Serbia in riots following the arrest of Karadzic.

Arrest hailed
Tadic said he would not allow a repeat of such violence.

“This country will remain stable,” he said. “Whoever tries to destabilise it will be prosecuted and punished.”

Washington and other capitals hailed the arrest.

“The European prospects of Serbia are now brighter than ever,” said Swedish Foreign Minister Carl Bildt.

“Serbia is a country that has suffered a lot but the fact it has delivered presumed war criminals is very good news. It’s one more step towards Serbia’s integration one day into the European Union,” French President Nicolas Sarkozy said at a Group of Eight summit in France.

Former US President Bill Clinton, whose administration brokered the deal that ended the Bosnian war, said: “The capture of Ratko Mladic enables the Bosnian people to close another chapter of one of the most terrifying conflicts of our time.

“As the military commander who systematically carried out brutal atrocities and mass murder, Mladic will finally be held accountable — to Bosnia and the world.” — Reuters