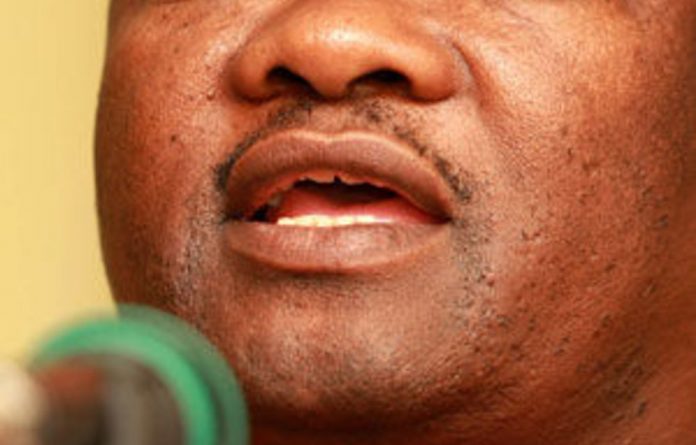 Opposition parties fear that the Independent Electoral Commission’s new leadership will be dominated by the ANC’s preferred candidates and they want the appointment process reviewed.

Chief Justice Sandile Ngcobo will start the process of appointing new leaders next month. Three of the commissioners — chairperson Brigalia Bam, her deputy Thoko Mpumlwana and Fanie van der Merwe — will reach the end of their legally stipulated two seven-year terms in October.

Terry Tselane has already served one term and stands a chance of returning to the IEC. Many believe that, as the most experienced commissioner, Tselane is likely to become chairperson to ensure continuity.

But three opposition parties, the Congress of the People (Cope), the United Democratic Movement (UDM) and the African People’s Convention (APC), believe the appointment process is flawed.

UDM leader Bantu Holomisa, Cope’s Juli Kilian and APC leader Themba Godi agreed that the seemingly democratic process of appointing IEC commissioners would be “hopeless” if Parliament continued to play a role. The current appointment process requires that the names shortlisted for commissioners be submitted to Parliament to be voted on. With the ANC occupying 264 of the National Assembly’s 400 seats, the party automatically gets its way.

Holomisa said the ANC would continue to “put its own people” into the IEC because no matter how unhappy opposition parties were, they could not influence the process. “It’s a hopeless situation. We don’t have the numbers,” he said.

While campaigning for the election Holomisa told UDM supporters in Mthatha that the electoral commission was “firmly embedded in the ruling party” and the ANC was “privy to the internal operations and decisions” of the IEC.

However, Kilian and Godi expressed respect for the exiting IEC leaders. The commission had grown into an internationally respected organisation, they said. “Even if they were ANC members, I have grown to respect them for their independence. Their behaviour and conduct has been beyond reproach,” Kilian said. However, Godi said the country should find a way to “professionalise” the institution.

Kilian said Cope was anxious about the appointment of new commissioners as the ANC had already demonstrated that it wanted its sympathisers in influential institutions.

“The way the ANC has been going in the past two years, we must be worried. What it has done with the SABC board, when it just rammed in its choices, it could also do with the IEC. The ANC of today doesn’t understand the need to protect these institutions. What you need are credible South Africans who are non-partisan, the likes of Dr [Mamphele] Ramphela” she said.

The Multi-Party Forum, made up of opposition parties represented in Parliament, warned in 2008 that an IEC dominated by ANC sympathisers posed the threat of commissioners being “beholden for their employment to the continued electoral success of the ruling party”.

Discussion of the proposed transformation of the IEC, including how commissioners are appointed, the electoral system and party funding, was referred to ANC chief whip Mathole Motshekga by President Jacob Zuma, according to Holomisa. But nothing was done.

Motshekga’s spokesperson, Moloto Mothapo, said the political parties were making “irresponsible and reckless utterances” with no evidence. “The IEC is an important institution of our constitutional democracy with an untarnished credibility. We wish to discourage those parties from dragging this institution into cheap political mudslinging.”