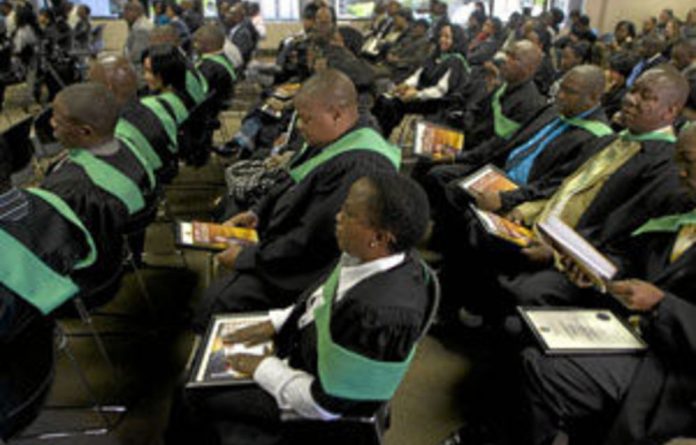 Over the past year the government has issued a number of interesting policy documents, not least of which are the Industrial Policy Action Plan II and the New Growth Path framework.

What stands out in these documents is the absence of a strategy to redistribute economic power in South African society. Though they are meant to advance the resolutions of the ANC’s 52nd conference, the question I pose is: Can economic transformation be realised without directly confronting the patterns of ownership and control of the economy?

The conference answers in the negative. It says South Africa cannot tackle the problems of unemployment, poverty and inequality without an effective strategy of redistribution. It calls for decisive action to bring about urgent transformation of the patterns of ownership and control of the economy.

In his book, A History of Inequality in South Africa (1652-2002), Professor Sampie Terreblanche correctly argues that “an agenda for socioeconomic transformation would be incomplete without a comprehensive policy for redistributing income, property and opportunities from the rich middle class to the impoverished lower classes”.

Of course, the so-called “rich middle class” is predominantly white and incorporates the rich capitalist class as a whole. To demonstrate this point, one has to look at the release by Statistics SA of statistics regarding the patterns of monthly earnings in 2010.

The report says: “Black Africans earned 22% of what the white population earned, 36.1% of what Indians/Asians earned, and 81.7% of what the coloured population earned”. These are the patterns of income inequality almost 20 years into democracy. Even the extent to which education plays a role differs across racial groups.

Society encourages young Africans to go to school and receive an education. They sit in the same lecture halls as their white counterparts but in the workplace they are rewarded differently. Those who are schooled in neoclassical economics will say Africans, by virtue of being Africans, suffer the highest unemployment rate because they demand a remuneration that is higher than their marginal productivity. They would justify the current patterns of inequality by saying that Africans are, supposedly, 22% as productive as their white counterparts.

If what is happening is a distortion of the economic environment, which renders neoclassical theory inapplicable, then either one group is overcompensated and the other undercompensated. Some neoclassical economists implicitly claim that Africans are over-compensated.

They want youth wage subsidies to be given to employers because young people, particularly the African youth, are not as productive as their white counter-parts. This is tantamount to saying Africans deserve a worse earnings ratio compared to their white counterparts.

My preliminary suspicion is that, if passed, the youth wage subsidy will reduce the earnings ratio of Africans to 20%, which would worsen income inequality if it draws the African youth deeper into the abyss of white exploitation.

A survey of the experience of young African professionals in white establishments would show the myth of the low-productivity African and the high-productivity white. It would also reveal the degree of injustice, where young Africans teach their white bosses how to do their work, the differential pay that exists — what Cosatu calls “the apartheid wage gap”– favouritism in promotion, the number of constructive dismissals and the pretentious “exit interviews”.

The lack of an effective strategy of redistribution, particularly the need to change patterns of economic ownership and control in favour of the majority who are poor and African, is a killer. In terms of economic transformation, a current strategy says South Africa needs to grow fast in order to create jobs. This view was defunct in the beginning and continues to be defunct now, yet it has a prime place in policy discourse.

Accelerating growth, given the existing patterns of distribution, will simply accelerate inequality and poverty. Another view emphasises industrial transformation — the need to build industries in order to create jobs. This perspective, too, will fail as long as it does not link industrial transformation to changing patterns of ownership and control of the economy in favour of the “impoverished lower classes”.

Accelerating industrial transformation without an effective strategy to confront the prevailing patterns of distribution will simply replace the inequalities generated in one set of industries with those generated in a different set of industries. The patterns of distribution are the channels through which the benefits of economic growth are shared, with the leanest channels pointing in the direction of Africans. Pushing for accelerated growth is like pushing for more water through the channels.

There will be more flowing to the majority, but there will be even greater quantities, almost five times as much, flowing to the “rich middle-class”. Similarly, industrial transformation will not change this situation — what it will do is simply to change the content of the flow and not its patterns.

Because these industries would not be owned and controlled by the institutions of the “impoverished lower classes”, it is highly unlikely that the content of the flow would change because to effect change one needs to have economic power and this will not be relinquished voluntarily simply because South Africa is a democracy.

We have to face up to the fact that, at its basic economic foundation, South Africa is a racist, sexist and class-based democracy that is sustained by the continued patterns of ownership and control. To deal with this, there is a need for a genuine ideological shift in economic policy thinking.

There is a need to acknowledge that unemployment, poverty and inequality all interact within a deeply racist, sexist and class-based democracy and that, as the basis of economic transformation, concrete measure should be devised and implemented to deal with this reality in its totality.

The two documents I have mentioned fail to do this. They want to create decent jobs in firms that are privately owned and controlled by the “rich middle class”. It is therefore in my view inescapable that these may have turned out to be yet another batch of economic policy papers that seek to give a semblance of change when in actual fact there is a reality of continuity.

Christopher Malikane is associate professor of economics at Wits University

The median versus the mean

Giving is key to Africa’s wellbeing

The business end of philanthropy