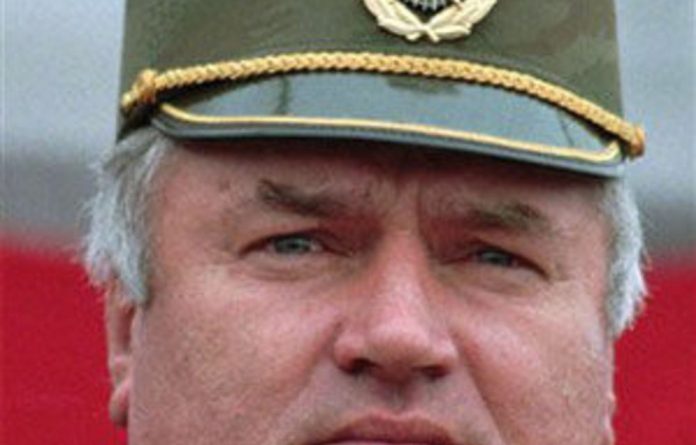 Bosnian Serb war-crimes suspect Ratko Mladic was to appeal against his transfer to a United Nations court on Monday, after thousands rallied in his support and he denied responsibility for the Srebrenica massacre.

The spokesperson for the UN war-crimes court in The Hague said she had doubts that Mladic would be transferred on Monday, but his appeal was widely expected to be rejected and his transfer to take place in the next few days.

“I doubt that we will be seeing him today,” Nerma Jelacic told Agence France-Presse (AFP). “We are still waiting for the official notification from the Serbian authorities.”

A Serbian judge ruled Friday that Mladic (69) is fit to be transferred to the International Criminal Tribunal for the former Yugoslavia (ICTY) based in The Hague, despite pleas from his lawyer and family that he is too ill after a series of strokes and other problems.

Mladic had three days to appeal the ruling, and his lawyer, Milos Saljic, said he would lodge the appeal later on Monday, though he said he doubted his client would live to see a trial in The Hague.

“I don’t think the trial will take place. He will not live to the start of the trial,” Saljic told journalists outside Serbia’s war-crimes court.

“I will make the appeal this afternoon to prolong things a little bit, so the extradition does not take place right away,” he said.

Healthy enough
A spokesperson for Serbian war-crimes prosecutors, Bruno Vekaric, insisted Mladic was healthy enough and that defence arguments were only a delaying tactic.

“We have the doctors’ report and we also have our own observations. The problems he has … are normal for people of his age who do not pay attention to their health,” he told AFP. “This is a defence strategy to delay the procedure. They are trying to present him as demented. He clearly has health problems but this is not a reason from him not to go to The Hague.”

Police said 180 people had been arrested after skirmishes broke out following an ultra-nationalist demonstration in support of Mladic late on Sunday that drew between 10 000 and 15 000 people.

Police said 43 people, including 32 police officers, received minor injuries after youths threw stones and flares at police after the protest.

The protest was largely peaceful, however, after Mladic’s lawyer said the former general was urging calm over his arrest.

Mladic was arrested on Thursday after 16 years on the run and is facing charges of genocide, crimes against humanity and war crimes at the ICTY.

Serbian authorities have said that the time and date of the transfer would be kept a secret to avoid incidents.

The ICTY indictment holds Mladic responsible for a number of atrocities during the 1992 to 1995 Bosnian war, including the Srebrenica massacre of 8 000 Muslim men and boys — the worst atrocity in Europe since World War II — and the 44-month siege of the city of Sarajevo, during which 10 000 were killed.

Hero
Mladic’s son, Darko, said on Sunday his father not only said he had nothing to do with the Srebrenica massacre but that he had actually saved lives.

“He said that whatever was done in Srebrenica, he had nothing to do with it,” said Darko Mladic, who has repeatedly visited his father since his arrest.

“He saved so many women, children and fighters … His order was first to evacuate the wounded, women and children and then fighters. Whoever did what behind his back, he had nothing to do with it.”

Serbia has also vowed to track down those who helped protect Mladic during his years on the run, amid questions over why it took so long for him to be captured.

Mladic’s arrest was largely hailed internationally, but it has sparked some anger and protests among Serbs, many of whom consider him a national hero. — AFP