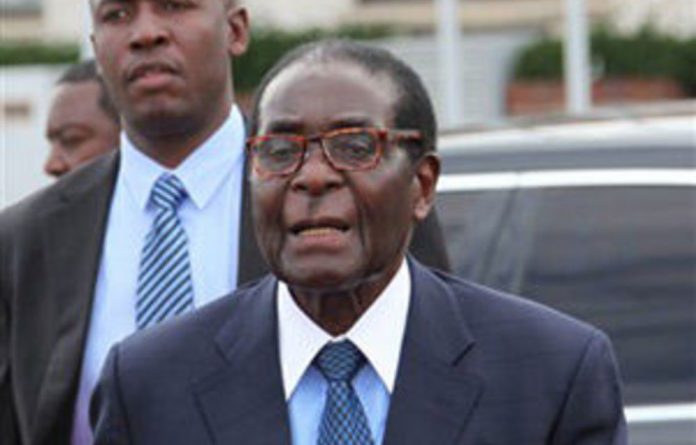 Independent election monitors on Wednesday called for the immediate demolition of militia bases set up for the president’s party in rural districts ahead of fresh elections.

In its latest bulletin, the Zimbabwe Election Support Network said observers in voting districts reported that bases have been re-established after calls by President Robert Mugabe for elections this year to end a troubled two-year coalition with the former opposition. Many of these bases were used by militants as “torture and coercion” camps during the violent and disputed 2008 elections, the group said.

It demanded the demolition of “these structures of violence which have created a culture of fear in communities” across the country.

The election network also said its resident observers in many of the nation’s 210 parliamentary constituencies noted a build up of “intolerance to diversity” and free expression. Human rights violations were continuing around the country and police still failed to show objectivity in routine investigations.

“The tension in the air cannot be ignored,” the bulletin, covering the past two months, said.

‘Those who live by the sword will die by the sword’
Tendai Biti, the finance minister and a top Tsvangirai aide in the coalition brokered by regional leaders in 2009, said on Wednesday at least 30 of his party’s supporters were arrested in a police crackdown in the western Harare township of Glen View since the death on Sunday of a police officer there. He said the number of arrests “is rising”.

Biti accused police loyal to Mugabe of trying to portray the former opposition as the main perpetrators of political violence ahead of a June regional summit in South Africa slated to discuss the Zimbabwe crisis.

He told reporters many of those arrested since Sunday, who included activists and Tsvangirai party officials in the township, were assaulted by police and denied medical care and access to lawyers.

At the funeral of the slain officer on Tuesday, senior police officials warned they would hunt down “traitors” and those who “live by the sword will die by the sword”.

Tsvangirai’s party denied the allegations and in a statement cited witnesses saying the police inspector was killed when he was hit on the head with a chair as police intervened to stop a dispute in a township bar.

“We call upon the police to fully investigate this matter. The investigations must be impartial, non-partisan and professional. This is the only way that the true perpetrators of this crime can be brought to book,” Biti said. – Sapa-AP