Record-chasing Roddick through to last eight 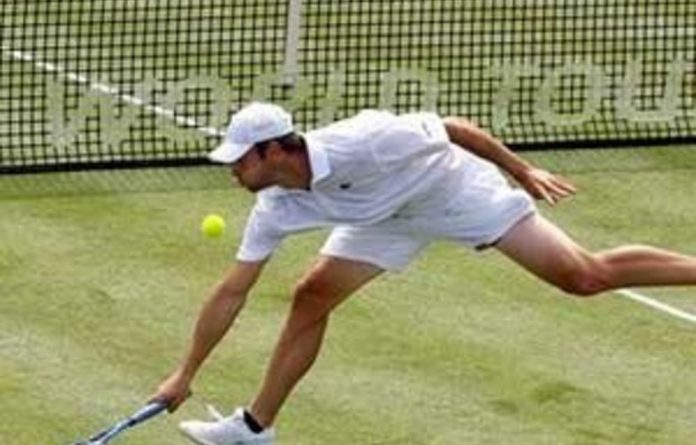 Andy Roddick remains in the hunt for a record fifth Queen’s crown after advancing to the quarter-finals with a 6-4, 6-4 win over South Africa’s Kevin Anderson on Thursday.

Since his last Queen’s triumph back in 2007, Roddick has been trying to break the record for most singles’ titles at the Wimbledon warm-up event which he currently shares with six other players including John McEnroe, Boris Becker and Lleyton Hewitt.

The American has endured a dispiriting 2011 campaign marred by a right shoulder injury that bothered him for several months and led him to miss the French Open after several first round exits from recent tournaments.

But, despite his recent troubles, Roddick is a three-time Wimbledon finalist who thrives on the lush lawns of west London.

Returning to his favoured grass courts has been the perfect tonic for Roddick and he followed a tough three-set win over Feliciano Lopez in the second round with another gritty victory against 15th seed Anderson.

Roddick, seeded third, looked determined to make a fast start and a superb forehand brought up two break points in the fifth game. Anderson couldn’t respond to Roddick’s pressure as he sent a volley wide to concede the break.

Anderson has won a personal best 21 matches on the ATP Tour this year, including his first title on home soil in Johannesburg in February, but Roddick’s wealth of grass-court experience shone through as he served out the first set with the minimum fuss.

He was helped by Anderson’s erratic ground-strokes and another wayward forehand from the 6ft 8in South African presented Roddick with a break for a 3-2 lead in the second set.

That was all the incentive Roddick needed and he held serve comfortably to book a last eight clash against Spanish seventh seed Fernando Verdasco, who defeated ninth seed David Nalbandian 7-5, 6-1. — AFP