Changing the language of prejudice 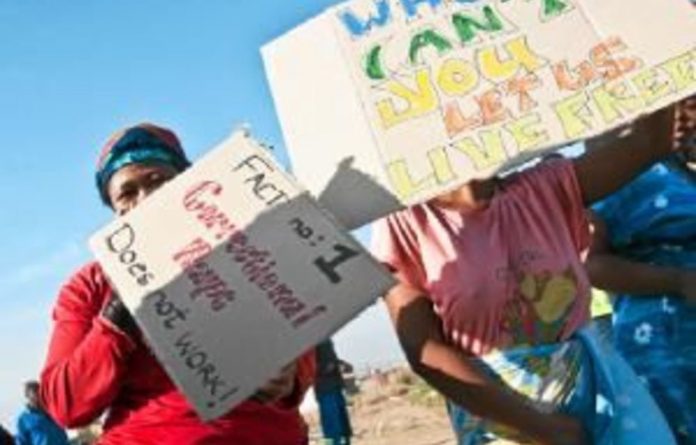 South Africa has been referred to as the global capital of rape. More recently we’ve become the international headliner for “corrective rape”, which refers to the rape of a lesbian purportedly as a means of “correcting” her sexual orientation or gender identity.

The term “corrective rape” attempts to evoke rapists’ justification for attacks on women who defy socially prescribed gender codes. It is an unfortunate term. Although there is a need to make visible the circumstances under which lesbians are targeted for rape, there are important factors the term fails to reveal.

I cannot think that any rapist seriously holds the “belief” that a violent attack will change a person’s sexuality. The term subtly reinforces this myth and diverts attention from the fact that sexuality and gender cannot be “corrected”. This misconceived “explanation” disguises vicious homophobia and misogyny. The disproportionate media focus on the images of the broken bodies of lesbians doesn’t take us any closer to the actual reasons for these crimes.

“Corrective rape” should be understood and responded to within the broader context of rampant violence against women and the concomitant normalisation of rape. It occurs in a social system that prescribes heterosexuality as the only acceptable form of sexuality. Lesbians are raped because they choose not to assume the prescribed feminine stereotype.

Such rapes are part of the scheme that punishes women whose skirts are “too short” (recall the woman assaulted at Johannesburg’s Noord Street taxi rank) or who wear pants (a woman’s house was burned down in KwaZulu-Natal). The common denominator is that people who dare operate outside of the terms and conditions of patriarchy are disciplined.

Rape is made permissible by sexist and homophobic discourses. To dismantle these master narratives that prejudice women and stigmatise lesbian, gay and transgender people means confronting both the language and the messengers. From the homophobic or misogynist dinner-table joke to the sexual “banter” of our political leaders, the language that underpins gender oppression needs to be resisted. Language and action are mutually reinforcing.

Eradicating the language of prejudice requires that we actively attach new social meanings to sex, sexuality and gender. Advancing the constitutional values of equality, dignity and protection of diversity is key to this process. These inspire a common language of humanity which is compelling because it is antithetical to apartheid discrimination. If we collectively and consciously give social currency to these values we will develop a shared ethic of social inclusion.

But the opposite has been happening — racial and gender intolerance has become the lingua franca of leading politicians. Progressive post-apartheid legislation and jurisprudence that uphold the rights of women and sexual minorities are repudiated in the dominant political discourse.

How do we change a socio-political landscape that enables rape? In the case of the recent rape charge against former International Monetary Fund chief Dominique Strauss-Kahn, we witnessed the power of a resounding social condemnation of rape. To be accused of being a rapist in that context was sufficiently shameful and socially intolerable to force him to step down. This sends a strong counter-message to wannabe rapists.

At home, offences related to gender oppression appear to have no impact on people’s rise to political power. Apart from the obvious examples of President Jacob Zuma and Julius Malema, the ANC Youth League leader, homophobic hate speech gets rewarded with ambassadorial status, as Jon Qwelane’s promotion demonstrates.

Malema effectively thumbed his nose at the Equality Court’s finding against him. The same court’s recent judgment against Qwelane for homophobic hate speech was dismissed by the department of international relations and cooperation as “a personal matter he will have to deal with”. If upholding the constitutional principle of non-discrimination is regarded as a personal whim, the government is effectively rubbishing the Constitution.

Adding this to the rapacious appetite for sushi eaten off naked women, one could say that a masculinist culture is thriving. The sexual objectification of women, literally for the purpose of male consumption, is central to rape rhetoric. This lexicon of prejudice creates a context in which the rape of lesbians can be legitimised.

As veteran politician Kader Asmal recently argued about racism, “The answer to such crude and vulgar chau­vinism isn’t the Equality Court, important as it is, but a public opinion that will drive out from public life those who perpetuate such exclusionary views, incompatible with the spirit of the Constitution.” This applies equally to chauvinism of a sexual and gendered nature.

An environment that enables sexual violence germinates in sexist and homophobic jokes and hate speech, and finds full form in raping those who don’t conform. The sooner we join these dots, the quicker we will face up to our complicity and that of our leaders in gender violence.

Melanie Judge is a lesbian activist