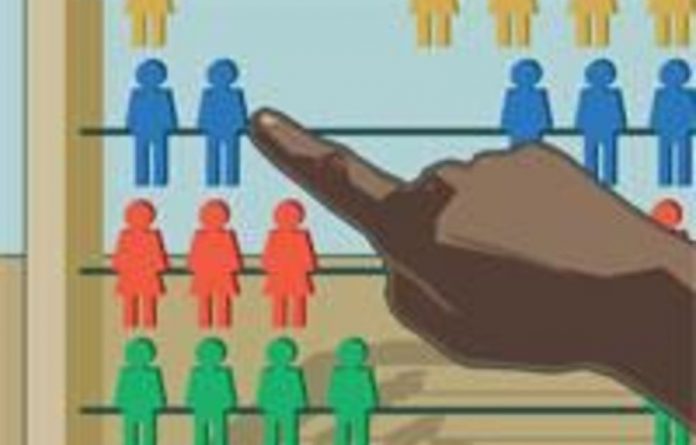 A population census is a numerical account of people in a country and provides a numerical profile of the residents and their living conditions within the country’s borders.

The key aspect of this is the coordination of a large operation within time and budget constraints. This is where the greatest logistics challenge begins and it is called the biggest mobilisation in times of peace. It is bigger than an election in that every one of the 14 million residences has to be reached by an enumerator (census counter) and 50 pieces of information are collected from each and every member of the household.

More than a mere population count, the aim of the census is to get specific information on the characteristics of people in South Africa. This includes age, gender, education, occupation, economic activity and where people live. The information is then made available at village, suburb, municipal, regional and national levels. This is essential for measuring social change and progress, as well as isolating development gaps across time.

Large-scale project
While the visible face of the census is the Census 2011 count, for this to happen a population census requires mapping the entire country, mobilising and training a large number of personnel, conducting a comprehensive awareness campaign, canvassing all households to participate, collecting individual information, compiling vast amounts of completed questionnaires, and analysing and disseminating the data.

At its peak, during the census count, there will be 156 000 personnel made up of field workers, field coordinators and supervisors. This doesn’t include the 3500 employees at Stats SA who will be involved in various aspects of the project. The count for Census 2011 runs for 21 days covering approximately 120 000 enumeration (counting) areas. The budget for this financial year is R1.7bn but the overall process, which includes preparation for the count, has taken five years. Sixty percent of the budget is being spent on the extensive logistics and payment of enumerators.

Making use of the results
The national population census results form part of an integrated national statistical system and will be used in a variety of ways by government, civil society, business, students and academics. Furthermore, the census data aims to ensure the equitable distribution of government services and informs those in public office on the allocation of government resources. Other uses may include delineating electoral districts and measuring the impact of industrial development. Census statistics are also used as benchmarks for statistical compilation or as a sampling frame for official statistics surveys.

Managing the undercount
Oosterwyk says that the intention is to count everyone within the borders of the country, with minimal sampling errors, but the reality is that some people are always missed. Those missed constitute an undercount. The international undercount benchmark is 5% which, for statistical purposes, may not have a significant effect on the output. However, in the 2001 census there was a large undercount of 17% and an undercount of this magnitude makes it difficult to accurately adjust the figures to compensate. A population census is usually held every five years, both as a legal requirement and as part of the United Nations’ recommendation that there should not be more than a 10 year interval.

In South Africa’s case, the need for improvement in methodologies, skills and capacity — particularly to manage the undercount — meant postponing the national census to 2011 from 2006. The longer time frame allowed Stats SA to use lessons learnt from previous censuses and to consult internationally around improving the census. This had led to changes in a number of areas. Oosterwyk says that this time the aim is to have a single-digit undercount and Stats SA has been working on solutions and methodologies around this. One of these is the Stats SA rapid response team that has been created to specifically deal with difficult-to-enumerate areas, refusals and undercounts. “The largest issue has been that of access. Analysis showed that five categories of people were missed,” says Oosterwyk.

“High-walled and gated communities are almost impossible to access but we have been consulting with security companies and body corporates to assist us. Young people are another hard-to-count group — we believe this is because of their social life. This time we will go to where they congregate to educate them about the census, to nightclubs and educational institutions.” Another category is farming communities which are characterised by a fear of strangers. Stats SA has developed promising alliances and relationships with official farmers’ organisations in order to counter this. Rural areas were also a problem previously because of the commuting patterns of South Africans.

People living far from their work places leave home very early and arrive back very late. This is a worst case scenario for enumeration as census counters have to catch up with householders, at least those who are working, from 5pm to 8pm. Consequently consultation work has been done with traditional leaders who operate as influencers in the community. The other ‘difficult’ categories are shack dwellers because of the small average household size. Up to 50% of these households contain two people and the likelihood of finding anyone at home during the census count is very low. Oosterwyk says that the previous census showed that people tended to forget about newborns, especially in rural areas. Better training of the enumerators (census counters) is seen as the solution here.

Protecting information
People have concerns regarding the right to confidentiality and anonymity. However, the protection of personal information is a fundamental principle for Stats SA. The Statistic Act of 1999 protects the confidentiality of people’s information and the information gathered during the census can also not be used for any other purpose. Oosterwyk says that not even government has access to the individual records other than the published statistical results.

The census information that is disseminated at the end of the process uses such large numbers, across the entire population, that there is a guarantee of anonymity. Enumerators will have been through a security check and signed a confidentiality contract. In the event of a breach, they will be fired and prosecuted resulting in a criminal record and possible jail time.

Safety measures
Because of South Africa’s high crime rates, people are wary of strangers. Stats SA’s first stage plan around managing safety issues involves enumerators wearing 2011-branded clothing and carrying an identity tag. People will also be able to call a toll-free number if they want to confirm identification. Posters of enumerators, with their contact details, will go up in their specific areas and enumerators will make themselves available at public meeting points for introduction. There will also be notifications using community radio and community newspapers.

Contending with potential problems
The last census saw serious labour unrest where enumerators demonstrated publicly because of delayed payment. Oosterwyk says that this risk has been mitigated through improved payment systems and processes. “IT systems have been updated because we need to have real-time information on the number of completed questionnaires so that problems can be sorted out immediately,” says Oosterwyk.

Part of the preparation time has been spent changing the questionnaire capture methodology. Scanning technology and optical character recognition is now used to facilitate speedy data capture. “The preparations have been made and October is not far away. It is time for the populatio to stand up and be counted,” says Oosterwyk.

Protecting you
When information is processed, names and identifying details will be discarded post quality checks. Stats SA can guarantee that the information is only used for statistical purposes. Credible enumerators (census counters) will have gone through stringent security checks. In the event that you have not been contacted, call the enumerator. The contact details will be on posters in your community.

What information is collected?
Home language
Country of birth
Citizenship
Age
Religion
Marital status
Disability
Level of education
Attendance at an educational institution
Whether you are economically active — full-time or part-time
Labour market rates
Occupation of the employed
Economic sector of the employed
Income, before tax, of the employed
Type of dwelling
Energy
Water
Sanitation
Refuse removal
Telephones
Age of the household head