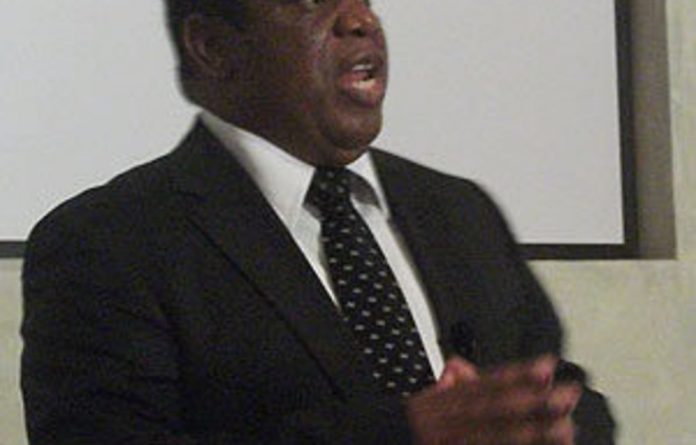 Accusing the Gauteng Lions Rugby Union (GLRU) of acting in bad faith in their failed partnership agreement, Robert Gumede and Ivor Ichikowitz say the deal was dysfunctional and doomed from the start.

In October 2010, Ichikowitz and Gumede pledged to buy a 49.9% stake in the GLRU to fulfil a vision of transforming the union — along with rugby in South Africa — by bringing the game to a new audience, and reviving ailing business processes.

The deal seemed to be bearing fruit. Several new players had been added to the senior team, sponsorship deals had been concluded with MTN and Discovery Health, and the union had seen an upswell of interest from the public,

Early last month, however, negotiations hit rocky waters. After the South African Rugby Union (Saru) signalled their approval, all that was left was for the Lions to rubber-stamp the deal, but the union equivocated, leading GumaTac — Gumede and Ichikowitz’s investment company — to walk away from the deal.

At a press conference in Johannesburg on Friday, Gumede and Ichikowitz said the GLRU acted in bad faith.

“All that was needed was the signature of Lions president Kevin de Klerk and the deal was through,” said Ichikowitz. “Saru approved the deal on June 9, and up until June 27 there was a continuous delay from their side. Lions supporters and the general public must know we withdrew based on the negative attitudes within the GLRU and our inability to deliver on the promises we made [to transform the union].”

The duo also said that, along with paying for all new player signings themselves, they alone were responsible for setting up all the sponsorship deals made during their involvement with the union.

“They were not involved in any of those things. Our money was good enough for them and that was all they were interested in. Not our business acumen,” Gumede said.

Gumede and Ichikowitz raised eyebrows after they announced their interest in the union last year, as neither businessman was known for their extensive knowledge of sports administration, although Gumede did own a lower league soccer team in Nelspruit in the mid to late Eighties, called the “Dangerous Darkies”. Gumede is better known for his flagship company Gijima Ast, which provides IT services to various governmental departments.

More recently, Gumede has been at the centre of a media furore involving a report broadcast in 2010 by the South African Broadcasting Corporation (SABC), in which Gumede levelled unsubstantiated claims of corruption against Mail & Guardian investigative journalist Sam Sole.

The Broadcasting Commission of South Africa (BCCSA) upheld a complaint against the SABC by the M&G, which said it had not been offered a right of reply. After several bids by the broadcaster to appeal the commission’s ruling, it was directed by its board to broadcast a summary of the BCCSA judgment vindicating Sole and the M&G, on SABC3’s prime-time news.

Executive dysfunction
Ichikowitz and Gumede claimed the deal had been scuppered as a result of the Lions’ dysfunctional business processes, embodied in particular by a group of six GLRU executives, including president Kevin de Klerk, who run the union as part of a “sports trust”, and are in control of its finances.

One of the agreements within the proposed partnership was that the GLRU would restructure its board and dissolve the six-person trust — a point Saru had agreed to on June 9, but which the GLRU failed to approve.

The GumaTac pair believe this trust’s veto power is at the heart of the Lions’ alleged financial problems.

‘They ran away — we didn’t push them’
In response to Ichikowitz and Gumede’s comments, De Klerk told the M&G there was no resistance from the union to sealing the deal, blaming instead a number of issues that neither party was able to agree upon.

“I postponed two knee operations to get this done — we wanted it to work,” said De Klerk. “There were certain clauses we couldn’t meet, and things didn’t run the way they say it did.”

De Klerk declined to elaborate on what these clauses were.

De Klerk also refuted claims that the union was experiencing financial problems, as was reported following the leak of a confidential communiqué between the two parties. These included claims that the GLRU is “totally bankrupt”, with debts amounting to tens of millions, and that GLRU could not afford to pay salaries.

“That is sincerely not the case. We have plans and contingencies in place and are currently considering a new offer from a different equity partner,” he said.

Ichikowitz and Gumede were suspicious of this claim on Friday. “If they have other offers to do what we couldn’t, good luck to them — but I want to meet that business man and check his sanity, ” Gumede said.

Lions to repay investment
As part of the deal falling through, Gumede says GumaTac will be claiming back all money spent during their involvement in the union. The company says it spent over R16-million in the acquisition of new players and improvements at the franchise.

De Klerk told the M&G all claims must be handled carefully.

“They will have to come forward with their claims and we will address these accordingly. But at this stage I don’t foresee any problems repaying outstanding debt,” de Klerk said.