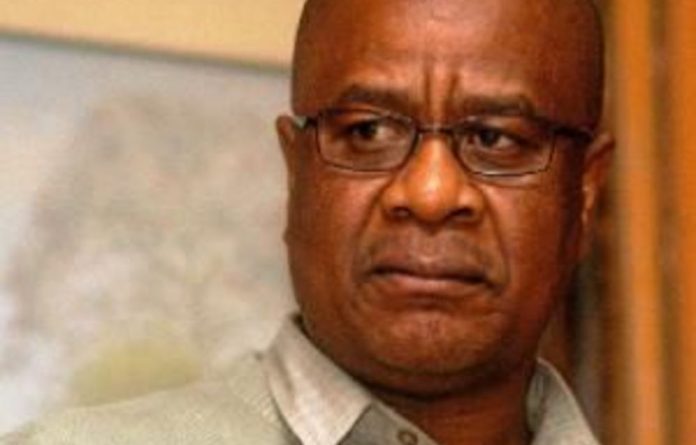 A heated race row has erupted over plans to develop two hotels in the Kruger National Park aimed at attracting “black diamonds” to the world-renowned reserve.

SANParks chief executive David Mabunda this week lashed out at the “racial slurs” expressed by members of a vocal lobby group set up in May to oppose the proposed hotels.

Called Aikona (Against Interference in Kruger Our Nature Asset), the group says it has a membership of more than 250. Its criticisms on social media have been particularly vociferous.

“The racial slurs expressed by some members of the public professing to be supporters of Aikona have not only surfaced in the Lowveld media but also in various newspaper letters, blogs, SANParks forum, Facebook and Twitter. It has become one of Aikona’s hallmarks,” Mabunda wrote to Gerhard Smit, the group’s convenor.

Mabunda also wrote a lengthy response published in the Lowvelder newspaper, in reply to “the cacophony of veiled racist rants” raised in a letter to the editor by “Leon of Nelspruit”.

“Leon” had asked whether the “black diamonds” wanted hotels in the park. “Are these people going to be happy to sit in the hotel after sunset and listen to the sounds of the African bush? Before long there will be in-house entertainment; a nightclub and then a casino to keep the money moving,” he wrote.

Mabunda took him to task for his “ignorance, prejudice and anger born from his hatred of the new democratic government — In a nutshell, Leon says we are building hotels for ‘black diamonds’ who will destroy the Kruger with their luxury vehicles speeding at 120km/h, loud music, nightclubs and casinos. These are stereotypes that he associates with black people.”

In an even lengthier missive, leaders of a community forum that says it represents more than three million people in villages surrounding the park said they supported the hotels because they would provide about 200 jobs.

“We note the racist tendencies of the people who are against the building of the hotels. All these things that are being said about negative human impact affecting the park have not been expressed before. Why must they be said when it is the turn of black communities to enjoy their natural heritage?” the forum said.

“We do not accept or support the objection of a group who call themselves ‘Aikona’ (a derogatory Fanagalo expression). They are not being constructive and want to keep Kruger Park the way it was before 1994.”

In recent years, SANParks has identified the black middle class as a “primary audience” for its marketing campaigns. The two proposed Kruger developments — one a hotel in the south of the park near Malalane, the other a conference lodge in the main camp, Skukuza — will introduce 400 beds and four-star facilities aimed at catering primarily for “black diamonds”.

The Malalane hotel has been strongly opposed by local tour operators, private hotels outside the reserve and conservationists, including former Kruger warden Salomon Joubert. Their concerns include potential overcrowding and increased traffic in the reserve.

They also say an environmental impact assessment was commissioned six months after the tender for the project was awarded and that there was insufficient public consultation before SANParks decided to go ahead with the plans.

Smit this week denied Aikona had a racist agenda. Its objective was to stop the hotels because they exceeded SANParks’ mandate under the Protected Areas Act to “provide spiritual, scientific, educational, recreational and tourism opportunities which are environmentally compatible”.

“I am not aware of any of our members playing the race card. In my opening address at our May meeting I requested that all involved should refrain from SANParks-bashing and racist connotations,” Smit said.

He had also asked members to stop calling themselves “purists” after Mabunda made public statements that visiting the Kruger for a nature experience was old-fashioned and elitist.

A post on Aikona’s news group late last month said it was time to start a global petition against the hotels because “this whole SANParks debacle smacks of typical ‘new South African’ governance, whereby they will simply go ahead regardless of what we, the unfortunate minority in this country, feel or say about it.

“It is sadly no longer about conservation but about racism. In Dr Mabunda’s last couple of replies, I can read that this is openly a racist game. They are openly against anything of ‘white’ origin,” wrote Glen Dean.