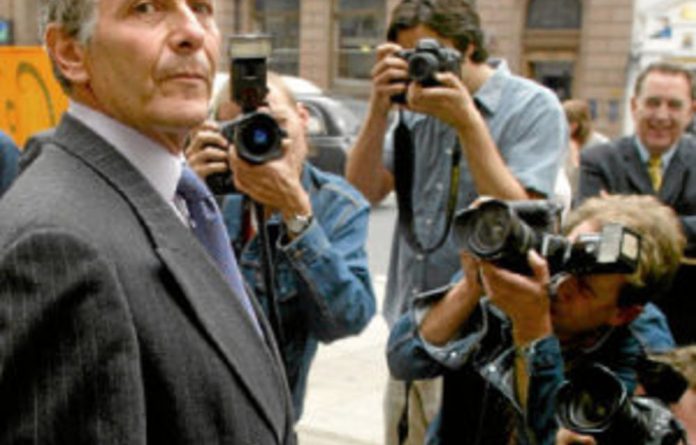 A showdown is looming between a British mogul, rumoured to be Zimbabwe’s richest man, and the country’s largest cellphone operator, Econet Wireless Zimbabwe, over control of one of Zimbabwe’s premier tourism companies.

The ongoing boardroom intrigue between Nicholas van Hoogstraten (66) and Econet over the Rainbow Tourism Group (RTG) is likely to stall the Zimbabwe government’s attempt to spruce up the image of its frail tourism sector.

A shareholders’ annual general meeting in Harare last week to appoint a new board turned out to be the ultimate stage for a fierce clash between Van Hoogstraten and the telecommunications giant. RTG owns several luxurious hotels and safari lodges in the country, among them the Rainbow Towers and the Harare Safari Lodge, and is also listed on the Zimbabwe Stock Exchange.

Van Hoogstraten, the largest shareholder in RTG with 36% of the company, had his bid to appoint four board directors blocked by Econet, the nominees of which had received widespread backing from other shareholders, namely Afre Corporation and the state-linked National Social Security Authority.

Observers have, however, seen the latest boardroom wrangle as a subtle attempt by indigenous groups to push out foreign owners from the lucrative tourism sector, a sector that for the first time has shown signs of recovery after a decade-long slump.

According to the Zimbabwe Tourism Authority, earnings from tourism jumped by 47% last year to $770-million, and the number of visitors rose by 15% to 2.3-million. Tourism and Hospitality Minister Walter Mzembi echoed a firm stance against the British national, saying: “He cannot go ahead fighting me or the government. What he is doing through talking to the media is sabotaging an asset and I will not sit [back] and watch.”

Van Hoogstraten is the largest private landowner in Zimbabwe and owns several affluent properties in Harare. He has also been linked to the Hamilton Finance group, a microfinance outfit that once offered a $2-million cash loan to struggling national carrier Air Zimbabwe, and is known to lend money to small business owners. Van Hoogstraten is seen as an ally of President Robert Mugabe, whom he has called his “friend”. Van Hoogstraten is thought to be a key financier of Zanu-PF.

But since the launch of his ministry’s “World of Wonders” campaign — meant to bolster tourism to Zimbabwe – Mzembi has lashed out at the nepotism and grab tactics by members of his own Zanu-PF party and warned against attempts to control the tourism sector. In January he clashed with Zanu-PF supporters who invaded several lodges in the Lake Chivero area.

Led by self-styled militant Patrick Zhuwao, a nephew of Mugabe, the group of nearly 200 Zanu-PF activists stormed into a bird sanctuary and private lodges at Chivero under the excuse of getting their portion of the country’s indigenisation.

Van Hoogstraten has now threatened to call for an extraordinary general meeting and expose “fraud” at Econet backdated to 2005. He said: “Expect a notice for an EGM in the next few months to detail the fraud that has taken place and who was involved. It will be a detailed account of those fraudsters who want to enrich themselves by having more board seats and shareholding.”

An official from Econet refuted claims of any wrongdoing by the company and insisted Van Hoogstraten’s claims were a “non-issue”.

Econet, which is owned by South-African-based Strive Masiyiwa, is gaining a steady foothold in Zimbabwe’s economy and has rapidly diversified into the banking and insurance sectors. It is understood from official insiders that Econet is making headway in its bid to have a stake in the largest tourism group in Zimbabwe, African Sun.

Fast forward to a new Zimbabwe: Q&A with Tendai Biti

Zim: High prices draw farmers to tobacco, but for how long?