Could Murdoch deputy take the fall? 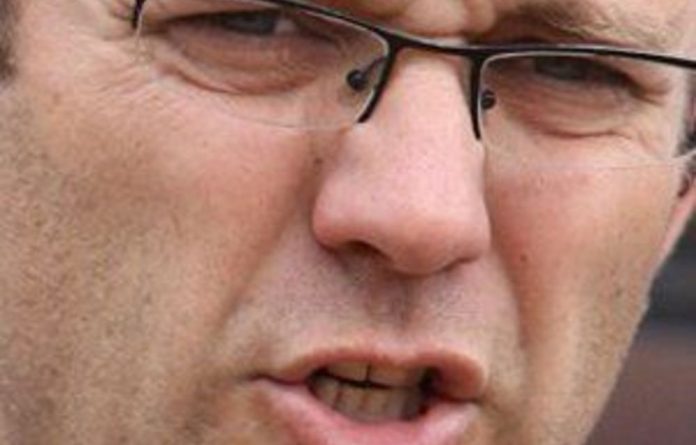 Les Hinton was adamant. Asked in 2007 by a British parliamentary committee whether the News of the World had “carried out a full, rigorous internal inquiry” into the use of illegal phone hacking by the newspaper and was “absolutely convinced” it was limited to a single reporter, Hinton did not hesitate.

“Yes, we have,” the then-executive chairperson of News of the World‘s owner News International told the select committee, “and I believe he was the only person, but that investigation, under the new editor, continues”.

Four years on, Hinton may have serious reason to regret those words. In the middle of a voicemail hacking scandal that has killed the 168-year-old mass-circulation paper and threatens further damage to Rupert Murdoch’s media empire, much of the public anger so far has focused on Rebekah Brooks, editor of News of the World between 2000 and 2003 when some of the most high-profile hacking occurred, and her successor Andy Coulson, under whom it continued.

But attention is now turning to Hinton (67) who headed up News International during Brooks’s and Coulson’s editorships and now runs the New York-based Dow Jones, another arm of Murdoch’s sprawling News Corp. Murdoch’s long-time lieutenant, some News Corp watchers say, could end up being a high-profile casualty in the scandal.

“The person that I think is most of a problem for Murdoch is Les Hinton,” Peter Burden, author of a 2008 book about the News of the World, told Reuters.

“He was definitely around when it was going on and he’s now running the Wall Street Journal and Dow Jones, and for him to be seen to be mixed up in that whole tacky situation would be very, very damaging indeed.”

Claire Enders, head of a research consultancy that advises many of Europe’s biggest media and communications companies, points out that Murdoch’s son and heir apparent James took on responsibility for News Corp’s British newspapers after Hinton left for New York in 2007. The younger Murdoch now has to deal with problems that occurred on his predecessor’s watch.

“For the last six months, I have heard that Mr Hinton has not been visiting the UK for precisely that reason, in order to avoid drawing any attention to himself,” Enders told Reuters.

The Guardian, whose story last Monday triggered the crisis for News Corp, had asked questions “about the role of Les Hinton in the culture of News International and in particular in the way that the company defence, the rogue reporter argument, was developed”.

A spokesperson for Dow Jones declined to comment and turned down a request to interview Hinton. She would not say whether British authorities had been in touch with Dow Jones.

Trusted deputy
Hinton has spent his entire career working for Murdoch, beginning as a reporter at the Adelaide News — legend has it that he used to collect Murdoch’s sandwiches — and rising through the ranks until he was tapped to run News International in 1995, and later Dow Jones after News Corp bought the publisher of the Wall Street Journal.

Tall, trim and debonair, with rimless glasses and waves of silver hair, Hinton has a reputation for being level-headed and insightful, and wins praise for balancing out some of the stormier personalities within News Corp, including Murdoch himself.

“He runs interference for Rupert,” said one source who knows both men. “He’s a very nice guy — congenial, easy going and smart.”

Hinton lives in an elegant townhouse — fitted out with a jacuzzi and a deck — on Manhattan’s upper east side with his wife, Kath, a former aide to Gordon Brown.

He and Murdoch have spent more than 50 years working alongside each other, so it’s not surprising that insiders describe Hinton as one of the newspaper baron’s consiglieri, trusted to sort through sticky business issues or smooth political flaps.

One recent example: Hinton was instrumental in saving the Wall Street Journal‘s online pay model after his boss toyed with the idea of making the wsj.com website free, according to a source familiar with the matter.

“I think Les was very helpful in persuading Rupert not to take down the subscription wall,” the source said. “And now of course, Rupert will put a wall around anything.”

The source saw Hinton as part of Murdoch’s inner circle, but added that he was not as close to the mogul as Wall Street Journal editor Robert Thomson or Brooks, who took over as the News International chief executive in 2009.

“My sense is that they are not personally close in the way that Robert and Rupert are close,” said the source. “But he has Rupert’s respect.”

A former Dow Jones employee, though, said Murdoch trusts Hinton as much as he trusts Thomson or Brooks, even if their relationship is less public.

“He’s very smart, very level-headed, very calm. He makes Rupert see the light on things. Les believes the lower the profile you have, the longer you survive in News Corp. Les is a confidant and Rupert knows that everything Les knows will go to the grave with him,” said the source.

Questions to answer
That relationship could now be tested as never before. After his assurances to the parliamentary committee in 2007, Hinton answered further questions in September 2009. Speaking over a video link from New York, the Murdoch lieutenant again sought to convince the members of Parliament that all was now right at the British tabloid newspaper.

“There was never any evidence delivered to me that suggested that the conduct of [the single reporter] Clive Goodman spread beyond him … We went, I promise you, to extraordinary lengths within the News of the World,” he said. Though there were times during the hearing when Hinton’s certainty appeared to be cracking — he used the phrases “I do not recall” or “I do not know” or variations on them at least 55 times — his faith in the newspaper’s internal checks seemed resolute.

Asked whether he should have pushed his editors on “the extent of the inquiry and more details about what had actually been looked into”, he replied that he “was happy when I gave evidence to you all two and a half years ago that the answers I gave were sincere and that the efforts made to discover any other wrongdoing had been conscientious and thorough, and I think people worked very hard in very difficult circumstances to both investigate what might have happened and to make sure that it did not happen again”.

Those answers could come back to haunt him.

James Murdoch conceded on Thursday that statements had been made to Parliament before all the facts of the case were known. “That was wrong,” he said, without placing blame on any one person.

At least one of the two inquiries announced by Prime Minister David Cameron is likely to call Hinton, who could face questions not just about phone hacking but also about a payment to Goodman, the News of the World‘s former royal editor, after the journalist had been jailed.

“He’s got lots of questions to answer,” Mark Lewis, lawyer for the family of Milly Dowler, the murdered teenager whose voicemail the News of the World allegedly hacked into, told reporters outside the entrance to News International in London. “There is none so blind as those that will not see.”

Author Burden believes that Murdoch’s desire to protect his beloved Wall Street Journal will help dictate his next moves. “Rupert is very proud of the Wall Street Journal and that’s why he wouldn’t want to see it being damaged by Les Hinton being smeared,” Burden said.

That, said the former Dow Jones employee, might mean Hinton has to fall on his sword: “I wouldn’t be surprised if Hinton was the fall guy. He would take one for the team.”

In his 2007 appearance before the parliamentary committee, Hinton gave his thoughts on the way his reporters sometimes skirted the line of what was permissible.

“Those lines exist all the time and editors, when they are running aggressive, investigative newspapers, are forever having to judge the wisdom or not of stepping over the line,” he said. “And — do you know what? — they do not always get it right.” – Reuters