When history takes the stage 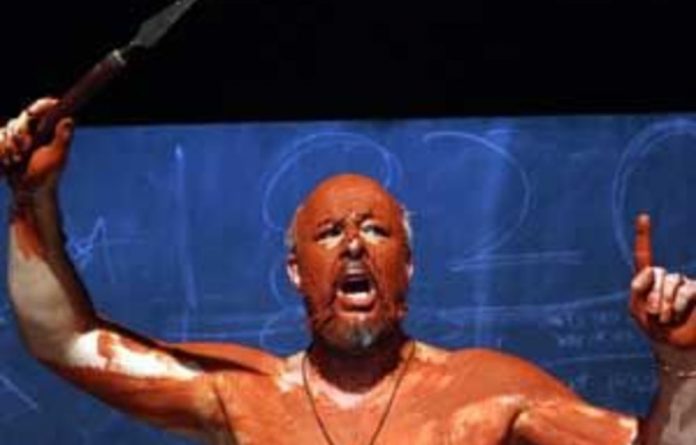 On the surface Death of a Colonialist looks like a play about a proud and pontificating old academic, an acquiescent wife and their two children who have left South Africa for “safer pastures” overseas.

The play, which capitalises on the energetic eccentricities of its lead actor, Jaime Bartlett (best known for his roles in the soapies Isidingo and Rhythm City), explores the complexities of home, identity, loyalty and displacement.

Belligerent and boisterous, Harold Smith is coming to the end of his career as a history teacher at a boy’s school in Grahamstown. Still, he is as passionate as ever, wielding an assegai as he expounds on the history of the 1820 settlers, the amaXhosa and the Frontier Wars.

Harold’s preoccupation with a bygone era blinds him to his own life — his wife has cancer which she intends to conceal from him until the end. Even when his expat children return home to visit their sick mother, Harold still suspects nothing. It’s not until his forthright daughter reads out the writing on the wall that Harold gets a clue.

The strength of this play lies in its particulars. The intelligent script by Greg Latter reveals national truths through examining the local. The hilarious references to South African sport and the politics and architecture of Grahamstown (the heinous and hideous 1820 Settlers Monument) make the play resonate with close-to-home truth. Harold embodies the conflict of being a critical patriot, exploring the ever-constant tension of what it means to be South African.

But where specifics and paradoxes help bring the play to life, generalisations and oversimplifications are its death. The play relies too heavily on South African cliches, using violent crime and the “deterioration of the country” as glib justifications for what are often more nuanced reasons for South African emigration.

Never didactic or sentimental, Death of a Colonialist is an honest exposition on the importance of knowing history while not being defined by it. The “death” in the title suggests we move beyond constrictive labeling to allow the asking of universal and uniquely South African questions about ownership and belonging.

In the final scene, Harold proclaims: “We have to accept our history, because it’s where we come from. It’s who we are. We have to stop being ashamed of our past.” He then boldly asserts: “We all have shares here.”