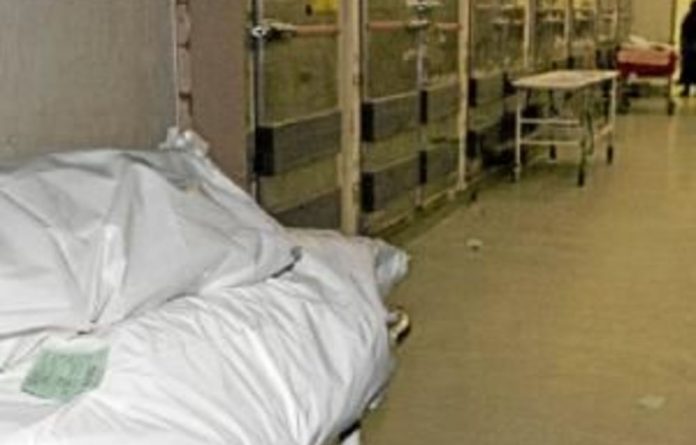 An administrator at the Chris Hani Baragwanath Hospital has been dismissed after a Mail & Guardian investigation revealed the chaotic state of the mortuary.

The investigation revealed that the hospital’s morgue is storing more than 90 adult cadavers that have long passed the statutory 30 days for bodies to be kept in a mortuary.

There are also the corpses of more than 100 babies who were either stillborn or died after being abandoned at birth, with as many as 30 piled on a tray designed for a single adult cadaver. Many bodies are piled on top of one another in fridges and others lie in an open-plan refrigerator, littered on stretchers and stacked on shelves, most in an advanced stage of decomposition and exuding a sharp stench.

The worker — who has worked at the hospital for 20 years and spoke to the M&G on condition of anonymity — also revealed that workers lacked protective gear such as gloves and surgical masks.

The dismissed worker, who still wished to remain anonymous, said on Friday: “I don’t understand why [I was dismissed] — I was fighting for my rights.”

Cleaning house
According to the worker, hospital administrators are planning to clean-up the mortuary.

The hospital’s public relations department confirmed on Friday that a mortuary employee had been dismissed, but would not provide further comment to the M&G on Friday.

“There was a summary dismissal issued by management. I cannot actually divulge the grounds until he appears before a disciplinary hearing,” said Nkosiyethu Mazibuko from the hospital’s public relations department.

The National Education Health and Allied Workers’ Union (Nehawu) told the M&G on Friday that it would fight the dismissal.

“As a matter of course we will be taking this up, especially if he was fired for raising issues. This amounts to victimisation,” said Sizwe Pumla, Nehawu national spokesperson.

“You can’t just fire someone. They need to suspend him before he goes to a disciplinary hearing — you can’t dismiss now and discipline later,” he said.