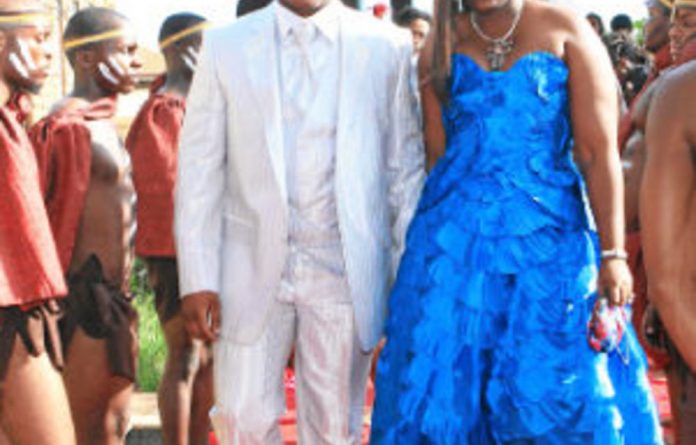 She’s the business magnate whose company has secured more than R300-million in housing tenders, the bling queen who hosts spectacularly lavish parties and the wife of a former Durban Metro cop who used to drive to work in a Lamborghini.

Shawn Mpisane appeared in the Durban Magistrate’s Court this week on charges of tax evasion and fraud involving at least R2.5-million. After the South African Revenue Service (Sars) and the Hawks raided her La Lucia mansion in June she turned herself over to police.

She is out on R50 000 bail and is challenging the legality of the warrant issued for the raid on her home. She has a previous tax-fraud conviction.

In recent years she and her husband, Sibusiso, have shared the spotlight as much for unsavoury controversy as for their big spending.

In the dossier Mpisane is described as a close friend of national police commissioner Bheki Cele.

An accountant by profession, Shawn Mpisane had a relatively low public profile until her company, Zikhulise Cleaning, Maintenance and Transport, was awarded a R300-million tender by the eThekwini municipality to build low-cost houses in Umlazi in 2009.

The National Home Builders’ Registration Council reportedly found defects in more than a third of these homes. An investigation by The Mercury in January 2010 found that the project remained unfinished because of insufficient funds.

Mpisane claimed her company had received no money from the municipality since October 2009. But records showed that more than R50-million was transferred electronically from the eThekwini municipality to Zikhulise in November and December 2009, weeks before the Mpisanes hosted a glitzy New Year’s Eve bash.

The R10-million car is one of 30 in his luxury fleet. In 2007 the Mpisanes paid R3.5-million for a property adjacent to their R12-million, three-storey home, which was converted into a garage to house their car collection.

Last March Sars seized the couple’s Rolls-Royce Phantom convertible and two Lamborghinis worth a total of R16.5-million to cover outstanding taxes. The vehicles were returned after they had paid the amount in instalments.

The Mpisanes made headlines again in April when they splurged almost R1-million on birthday and wedding celebrations in a single weekend. Shawn presented her husband with a white R1.8-million Maserati GranCabrio at his 40th birthday party at their La Lucia home.

Earlier that day the couple renewed their wedding vows at the five-star Fairmont Hotel and Resort in Zimbali. The 180 guests included Khulubuse Zuma, billionaire businessman Vivian Reddy and ZAR Lounge owner Kenny Kunene. Oysters, sushi, champagne and three different types of French cognac were on the menu. The flowers alone reportedly cost R300 000. “We are a couple who like class,” Sibusiso told journalists.

The former cop and lobola negotiator for Cele’s wedding last year is no stranger to run-ins with the law. In 1998 he was embroiled in a court case involving the Gcaba brothers, who were allegedly responsible for a shooting outside the Durban High Court. Mpisane’s car was one of several getaway vehicles used by the gang.

Sibusiso Mpisane turned state witness against the Gcabas but disappeared before testifying. They were acquitted and he quietly returned to work after a year-long absence.

In 2008 the Democratic Alliance launched an investigation into Mpisane’s lavish lifestyle, questioning how a police officer who reportedly earned R15 000 a month could own a Lamborghini and a multimillion-rand mansion. The party also questioned Mpisane’s ownership of several businesses while still a full-time policeman. He quit the SAPS shortly afterwards to join his wife at Zikhulise.

According to a 2004 Soros Economic Development Fund report, Zikhulise began in 2002 with small contracts to renovate schools in KwaZulu-Natal. In 2003, it delved into construction and began securing multimillion-rand housing tenders shortly after.

The report also reveals that Mkhize negotiated a R1.45-million loan with construction financing company Nurcha for the building of 307 housing units in KwaZulu-Natal.

In 2004, Zikhulise was awarded a R10.4-million tender from eThekwini municipality and the KwaZulu-Natal housing department to develop 277 houses in Lamontville. Two of the homes were demolished last August after being declared unsafe, while several others had serious defects including cracked walls and roofs and broken windows.

Mpisane’s late mother, Dumazile Mkhize, an eThekwini ANC councillor, was listed as a member of Zikhulise at the time the Lamontville tender was announced. She resigned from the company a month later.

Mpisane’s tax fraud case will resume in September. According to the Daily News, her husband signed an affidavit last week claiming he was threatened by members of the Hawks on July 2 to persuade him to provide evidence against Cele, whom they were investigating for procurement corruption.

Mpisane reportedly alleged that one of the Hawks threatened to arrest him if he did not co-operate, but later apologised for his conduct. He has asked the police service to investigate.