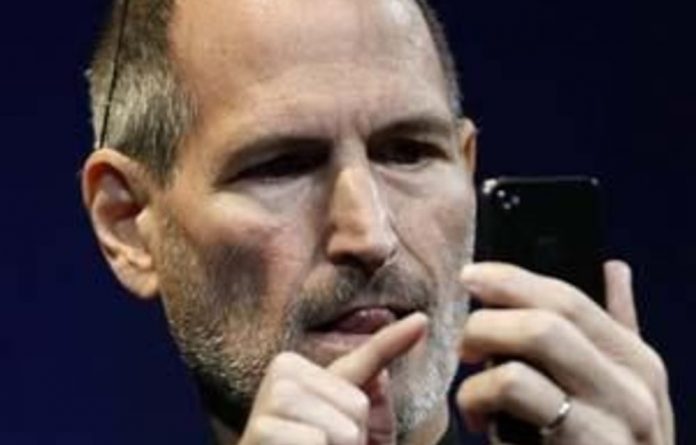 Apple is anticipated to report another dazzling quarter on Tuesday, propelled by strong demand for its perennial bestselling iPhone and the new, thinner iPad 2 tablets.

Apple shares rose nearly 2.5% on Monday to close at a record high of $373.80 on expectations that the company will beat analysts’ forecasts for the fiscal third-quarter, which saw an easing of the supply constraints surrounding the iPad 2.

The stock, which touched an all-time high of $374.65 earlier in the session, appeared to have emerged out of the limbo it has been in since chief executive Steve Jobs took leave last January for unspecified medical reasons.

JPMorgan Securities’ derivatives strategists on Monday recommended purchasing Apple August $365 call options to position for a potential upside ahead of the company’s quarterly earnings. The options market is implying a 2% earnings move up or down for the stock.

Investors are looking for a 60% increase in revenue for the June quarter but all eyes will be on the outlook for the second half of the year, which Wall Street is betting will be huge as it may include the launch of a new iPhone, its best-selling product that accounts for about 40% of its revenue.

Forecasts
“We are more positive on the outlook for share acceleration in the second half as it is reasonable to expect multiple hardware refreshes combined with the back-to-school and holiday shopping quarter,” said BGC analyst Collin Gillis, who raised his price target on the stock to $430 from $390.

The world’s most valuable technology company is ultraconservative with its forecasts. Investors will pick apart executives’ comments to figure out how much the eagerly awaited new iPhone will boost revenue.

Apple likely sold between 17-million and 18-million iPhones during the quarter along with about 8-million iPads, according to analysts, who also expect lower component prices to boost gross margins to as high as 41%.

Apple is expected to report earnings of $5.84 a share on revenue of $24.9-billion, according to Thomson Reuters I/B/E/S. Apple has beaten Wall Street estimates for 13 straight quarters.

According to StarMine’s SmartEstimate, which places more weight on recent forecasts by top-rated analysts, Apple should post EPS of $6.006 on revenue of $25.3-billion. — Reuters