Madiba, the bees and the media 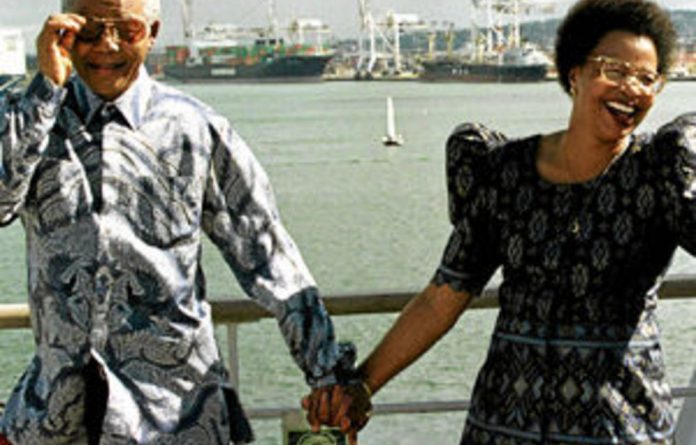 My phone rang one wet Easter Saturday in 1998. It was Parks Mankahlana, then-president Nelson Mandela’s spokesperson. “Phone this,” he said urgently, giving me an Eastern Cape landline number.

I was holidaying in Cape Town and was in my car, having just come off a chilly Noordhoek beach in shorts.

I called, and a familiar voice came on the line: “I’m happy to hear from you,” he boomed, as though my call was a surprise. The usual exchange of introductory pleasantries took an unusual turn. “Not that well,” he said when I asked how he was.

South Africa’s first democratic president had been attacked the previous morning by a swarm of bees. In his bathroom. While he was getting out of the bath. He was hurt — stung — by the fact that he had defended the bees’ right to remain in the grounds of his Qunu home. “When the police wanted to remove them, I said no, they’re perfectly entitled to select their own home.”

The bees were not as gracious. Climbing out of his bath, he heard an aggressive buzzing outside the open window. The best tactic with snakes and bees, he remembered, was to keep still, but the bees seemed intent on attack so he’d leapt for an insect spray. “Then they launched a counterattack,” he said ruefully.

I listened astonished, scrabbled in my bag for paper and a pen, and began scribbling.

Where had they stung him? The favourite spot for attacking a boxer, he replied, just below the pit of the stomach “and in parts I can’t mention to a young lady”. Had he experience of bees? Yes, as a herdboy he’d been stung and had once robbed an underground hive. The village elders disapproved because the hive was on the grave of warriors of the Amampondomise tribe.

He hung up, leaving me puzzled — after all, I was a reporter, not his confidante. From scrappy notes I dictated a story to my editor, John Battersby. Under the headline “Stinging attack on Mandela hits him below the belt”, it was picked up by wire services and ran round the world.

Some South Africans found the matter troubling. Geraldine Fraser-Moleketi, then in his Cabinet, said her mother-in-law was concerned because the bees attacked Madiba inside his house. A sangoma told Sapa this meant the ancestors were angry with him and his family must slaughter at least a goat to appease them.

I asked one of his aides why the ancestors were angry. “Because of Graça [Machel, his then fiancée],” he replied. She was not South African, let alone Xhosa.

When I interviewed him days later, he chuckled: “Pippa! The one who exposed me to the world.”

Had I betrayed a confidence? Queered his pitch with villagers in Qunu?

“You did nothing wrong,” said Mankahlana, without elaborating.

“There’s a belief in Xhosa tradition that bees are connected to ancestors; if they show unkindness to you, it’s a message from the ancestors,” Rhodes University academic Peter Mtuze told me this week. “More important is our interpretation of the bees’ action, if there’s something you need to do.”

I was ignorant of this at the time — and it was exactly the type of ignorance Madiba needed.

Later, when I interviewed him before his 80th birthday, I asked him about the bee story. Had he really meant me to write it? He smiled. Better the story got out the way it did, he said, otherwise there would have been gossip.

He was kind enough not to say that he had chosen a reporter whose ignorance would serve his purpose. He knew I would write it straight, without interpretation, because I knew no better.

There’s much about Mandela that I miss: his charm, intelligence, poetic way with words. I miss the insight he had into the media and the genteel yet sharp way he dealt with reporters. He could use us while making us feel grateful, because in return we got new, sometimes path-breaking, information.

It’s hard not to contrast that with the rather resentful and bludgeoning way many of today’s politicians treat the media.

After I’d cleared the air on the bees, I asked him if there was anything special he wanted for his 80th birthday. He paused and replied: “Well, if I could be given another 80 years —”

What a gift that would be to us all.

Pippa Green is associate professor of the journalism programme at the University of Pretoria.

​Sobukwe: A giant whose voice endures