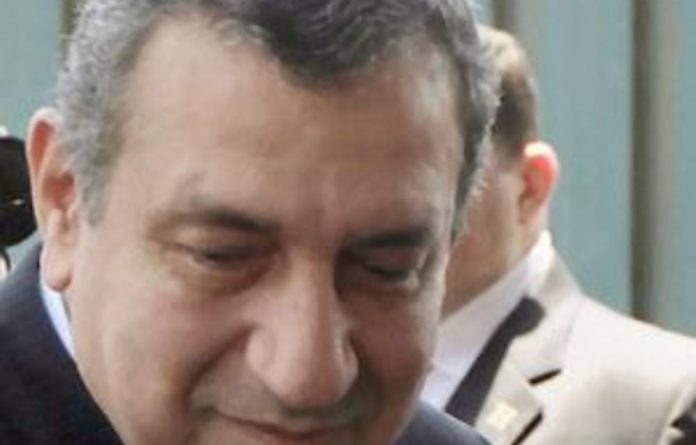 Egyptian youth protesters vowed on Saturday to remain in Tahrir Square until their demands are met, in escalating tension between demonstrators and the military council running the country.

Egyptian military police fired shots in the air and beat demonstrators blocking a main road in Alexandria on Friday, witnesses said. Another incident in the port city of Suez angered hundreds of protesters camping in Cairo’s Tahrir Square.

The ruling military council, in a statement on its Facebook page, denied the authorities used force against demonstrators and accused the April 6 Movement, one of the groups behind the uprising that toppled Hosni Mubarak, of trying to drive a wedge between the armed forces and the people.

April 6 described the army statement as “misleading allegations”, adding: “We will not be scared by any allegation lacking in evidence or support”.

“We will be the last to leave Tahrir Square, either alive with our heads held high after triumphantly achieving the demands of the Egyptian people or as martyrs for the sake of God and the nation,” the group added.

Long-running protests
Egypt’s interim rulers have reshuffled Prime Minister Essam Sharaf’s Cabinet and promised to speed up trials and political reforms, but thousands are keeping up protests across Egypt for the longest-running demonstration since Mubarak was ousted.

Protesters now on their 15th day of demonstrations have been camped in Tahrir Square and other squares across the country to back demands for more freedom for the civilian government, led by Sharaf, an end to military trials and setting a time frame for the completion of the demands for reform.

Field Marshall Mohamed Hussein Tantawi, heading the council and Mubarak’s defence minister for two decades is expected to give a speech later on Saturday on the anniversary of the 1952 military revolution that ousted the king, state media reported.

Protesters are planning rallies and a march to coincide with the event. – Reuters