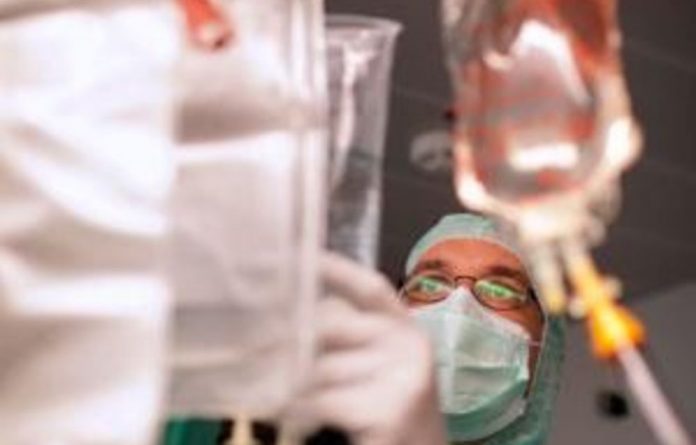 The long-awaited National Health Insurance (NHI) policy document — approved by Cabinet on Wednesday — is finally here. The specifics of South Africa’s proposed universal healthcare was released for public comment on August 12. Don’t feel like wading through the 59-page document? Read our breakdown of the key points.

What is the NHI?
The NHI is supposed to ensure “universal healthcare access” to all legal residents of South Africa regardless of how much they earn. It is envisaged that it will be implemented over 14 years, with pilot projects beginning in 10 districts in 2012. The pilot-projects districts are still to be decided. “The first five years of implementation will be the toughest,” said Health Minister Aaron Motsoaledi at the press briefing in Pretoria on August 11. He said government hospitals need to be radically improved, infrastructure developed, human resources systems put in place and an information technology system developed.

Who pays for the NHI?
Payment towards a National Health Insurance scheme will be compulsory for higher income earners and employers. Motsoaledi and Finance Minister Pravin Gordhan could not say at what income threshold the tax would kick in, and that the finer details of funding still had to be worked out. If wealthier citizens choose to use medical aids, they will still be compelled to pay towards the NHI. The details about how much extra tax must be paid and by whom has not been decided upon. In short, though, the NHI is another tax.

How much will it cost?
Gordhan cautioned the media on August 11 that the estimates were just that — estimates. But an estimated R125-billion would be spent in 2012 with a projected R214-billion being spent in 2020.

The policy document suggests that increased health spending would be offset by decreased spending on medical aid schemes. The NHI’s projected costs also require more spending per year than the estimated percentage of GDP growth each year.

“No amount of money will be sufficient to ensure the sustainability of National Health Insurance unless systemic challenges with the health system are also addressed,” said the document.

All money for the scheme will be collected by the South African Revenue Service.

The Treasury will work out the amount of general tax revenue to be paid by individuals in consultation with the minister of health. The document suggests that “revenue base should be as broad as possible in order to achieve the lowest contribution rates”.
The National Health Insurance fund will be government-owned, publicly administered and managed by a CEO. It will report to the health ministry and Parliament.

What about the state of public healthcare?
The policy document admits that government hospitals require a complete “overhaul”. Motsoaledi admitted that the NHI would not be successful unless “radical changes in the administration and management of hospitals” takes place. The document said that public healthcare services “have deteriorated or remained poor”.

“The public sector has underperforming institutions that have been attributed to poor management, underfunding and deteriorating infrastructure,” said the document.

In other words the policy document and the health minister have admitted that the public health system has to be drastically improved for NHI to work effectively.

What about private healthcare?
The high price of private healthcare is slammed and “better regulation of healthcare pricing” has been suggested. “The health system is inequitable, with the privileged few having disproportionate access to health services,” said the document.

The NHI policy document notes that private hospital costs have increased by 121% and specialist costs by 120% over the past decade. It targets those increases as unacceptable and “out of proportion” to the services provided, suggesting that pricing in private healthcare needs to be “radically transformed”.

What about the shortage of doctors?
The report admits that the ratio of patients to health professionals is lower in public hospitals than in private hospitals but it does not elaborate on how the shortages of doctors will be dealt with. It merely states the “health department is finalising its ‘human resources for health strategy’ in order to deal with shortages in human resources”.

It also says the less money that poor people spend on healthcare, the more money they will have to cover other expenses and “create jobs for others”.

The document does not explain how job creation made its way into the argument or if it has anything to do with the NHI at all.

What about medical aid schemes?
These can continue but will be paid for over and above the NHI compulsory tax. Note that decreased spending on medical aids is one way put forward to cover the cost of the NHI.

What is not included in NHI cover?
The NHI will not cover cosmetic plastic and cosmetic dental surgery, Botox, and expensive glasses frames.

The Office of Health Standards Compliance will be introduced. This body will have an inspection unit, a norms and standards unit and an ombudsman. It will set health standards and inspect hospitals. Recommendations will be made on how to improve hospitals and training will be provided.

Hospitals will need to meet higher quality standards, have better performance and management systems to be part of NHI. An act of Parliament will establish the OCSA body.

The NHI policy document says more specialist staff need to work in primary healthcare, which means specialists need to be accessible at a local level, such as clinics and smaller hospitals. It states that district hospitals often lack specialist staff. The paper suggests that a principal obstetrician, gynaecologist, a paediatrician, a family physician and anaesthetist, a midwife and primary healthcare professional nurse will be based at district level preventing the need for people to travel to larger hospitals. More specialists at smaller hospitals are one suggestion aimed at decreasing maternal deaths.

How the government will attract specialist staff to smaller hospitals and deal with the severe staff shortages of medical professionals is not discussed other than the comment: “The medical schools in the country should be able to provide these teams, even if it is on a rotational basis.”

Comments?
Do you have feedback for the Department of Health? According to the policy document:

“Interested persons are invited to submit any substantiated comments or representations on the proposed policy within a period of two months from the date of publication of this notice [August 12 2011] to:

Alternatively you can email Dr Pillai: the cluster manager of financial planning and health economics for the department: [email protected].